The multi-grind challenge is unique as it relies on the Grouse Mountain tram system. For solstice, the tram is scheduled for every 10 minutes. Participants may begin as early as 4:00 a.m., and can begin their final Grind at 9:59:59 p.m. Leblanc met the legendary Spence a few weeks prior to the event, and determined that “19 was possible by doing 45-minute Grinds all day. 19 is not crazy.” Leblanc’s plan of attack was to “stay with Brooke. I know she’s strong. I’m just gonna stay with her, until I can’t.” 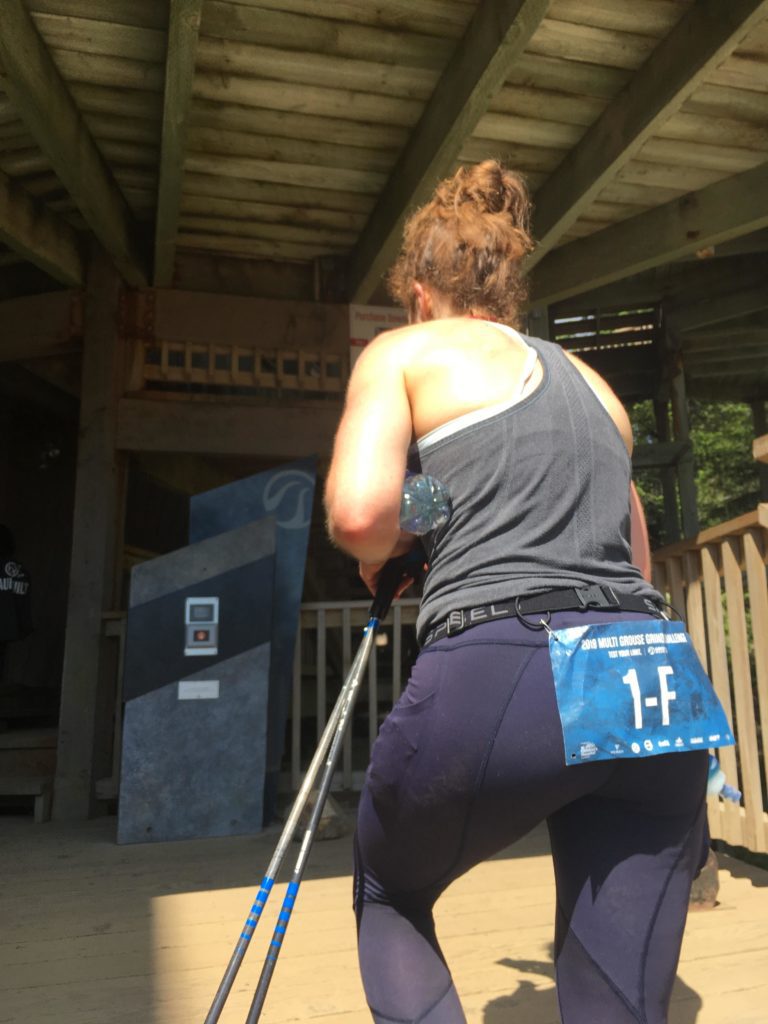 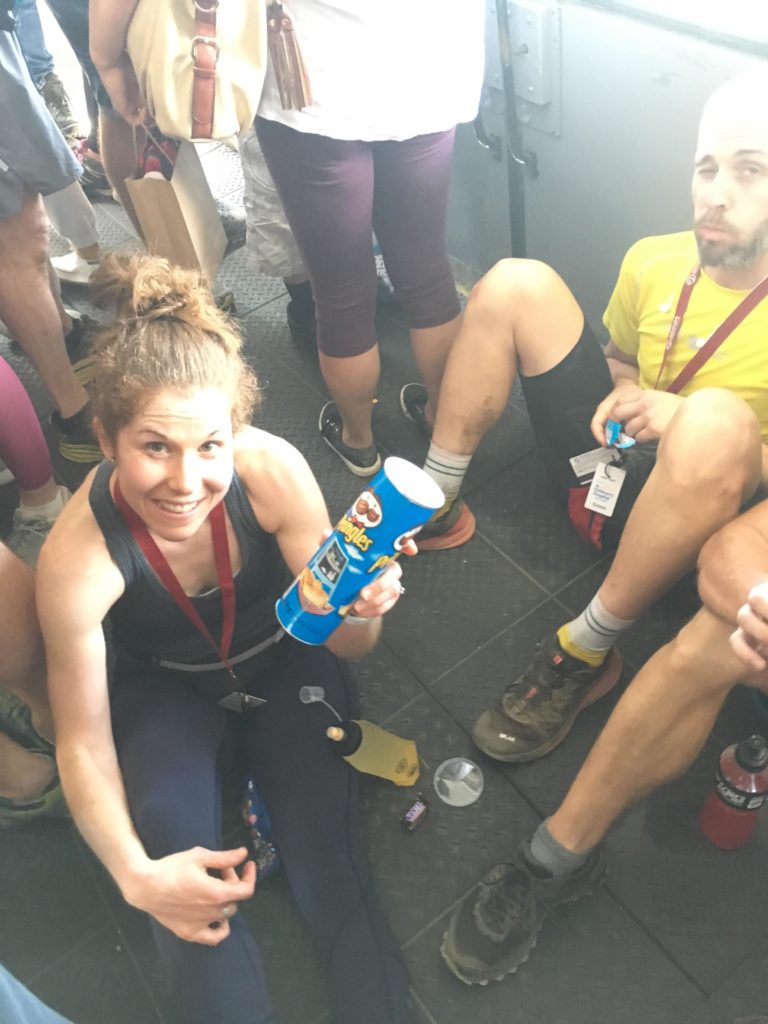 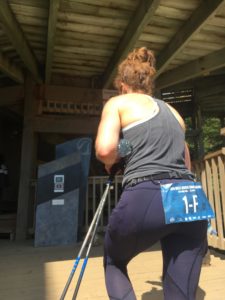 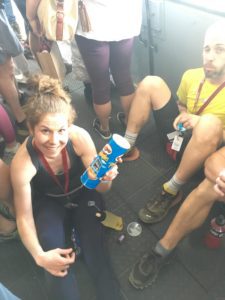 “More people did 15 [Grinds] this year alone than ever before,” says 2017 record-holder Ian Roberton. Robertson was planning on breaking his record of 17 ascents, until his stomach took a turn mid-day. Robertson, Leblanc, Spence, and Stewart were together for the first lap. But Stewart missed the first tram down at 4:45 a.m. due to a broken timing chip, which left him hiking solo until number 18. Leblanc and Spence hiked for 15 laps together, and had fun with friends joining the party for one to five Grinds.

RELATED: Do I need poles for ultra trail running?

The vertical master Spence says that “this year was a lot different than last year, because last year, I hiked alone. This year, there were four or five of us for a lot of it. It was tons of fun with pacers going in and out. You’re seeing all the other multi-grinders do it and everyone is so encouraging.” Leblanc said it was a highlight having his crew along with Spence’s hiking together.

Like Leblanc, Stewart also picked Spence’s brain about the multi-grind experience. His goal was to finish 11 laps to match the elevation gain of Everest. “I realized after three or four, if I maintained this, I could get 17. I hadn’t thought of going to 18 before that. I did eight in a row in training. As the day went on, my legs felt the same all day. I didn’t have any low points.”

After 13 laps, Spence told Leblanc to go ahead, as she was slowing her pace down to 55 minutes. Considering Spence has the second-fastest female time on the Grouse Grind (31 minutes), 55 minutes felt slow. However, she still ended up catching Leblanc at the top and sharing another tram ride down together.

“My legs felt great all day using poles. Lap 17 and 18 felt the fastest, even though I’d have to wait for the tram anyway. If we went slower, Brooke would have probably made 19, I think.” For Leblanc, Lap 19 did not feel good. “My pacers were talking, but I was not. I even said ‘good morning’ to someone on the 19th.”

As she recovers, Spence says she feels good and is “tired, but not sore. I’m less sore than last year. To me, running is so much harder. I ran for a number of years, doing ultras or marathons, and would wake up after a long training run and feel 80 years old.”

All around, vertical records were smashed for summer solstice. Hilary Spires also completed seven laps to celebrate her seventh month of pregnancy. Leblanc ended up raising $41,125 for BC Children’s Hospital.