Over the last five years, Amelia Boone has become one of the most successful obstacle course racers in the history of the fast-growing sport.

The 33-year-old San Jose, Calif. resident got into obstacle course racing when she was living in Chicago working as a first-year associate at a law firm. Since then, Boone has won much of everything there is to win in obstacle course racing (OCR) including the Spartan Race World Championship, the 24-hour World’s Toughest Mudder on three occasions, and many Spartan Sprints across the United States.

Growing up in Portland, Ore., a city known for its running obsession, Boone didn’t run a race until she was 28. She played soccer, softball among other team sports in high school and college before getting into OCR with the help of a coworker. She was instantly hooked. 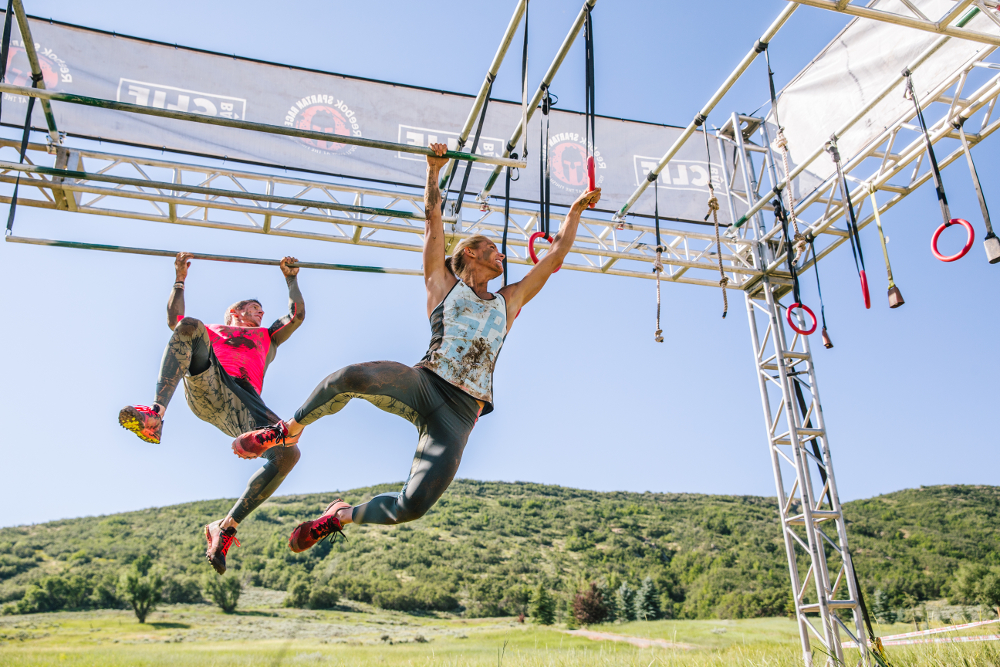 The OCR superstar has split her focus in half in recent years, taking up ultramarathons, though the Reebok athlete still is very much an obstacle course racer. Right now, much of her OCR training comes from running but she’s tentatively planning to transition to a 50/50 split between running and focused strength work in 2017. That’s understandable given the the importance of running in OCR.

“The cool thing about OCR is there’s no one specific way to train,” she says. “You have to realize that you’re never going to be totally prepared. You just try to be the most well-rounded athlete.”

A passion for ultra distances

Hitting the mountain trails with a headlamp for early morning runs only strengthened her passion for the sport to then add ultrarunning to the repertoire. Plus, ultrarunning was a new suffer-fest challenge for the athlete who consistently beats almost every man and woman in races. She was also putting in 95-110 kilometres per week (typically in five days) training for various obstacle course championships.

Boone’s introduction to the ultrarunning scene came with instant success. She reached the women’s podium at the Georgia Death Race in 2015, a 68-miler, and finished fourth overall. She went on to become the second female at the Sean O’Brien 100K in early 2016. There, she automatically qualified for the Western States 100, the “Super Bowl of ultras,” as Boone describes it. She covered the 100K in 10:42:11. (Her post-race go-to recovery meal is ice cream.) She won a 50K in Redwood City, Calif. in April. But then she came down with an injury.

“OCR is a different kind of pain than ultrarunning,” she says. “It’s a full body workout and it’s about planning ahead and preserving grip strength. It’s also much more a spiking heart rate activity. You try to use the running between obstacles as rest where as in ultrarunning, it’s a constant steady state.” 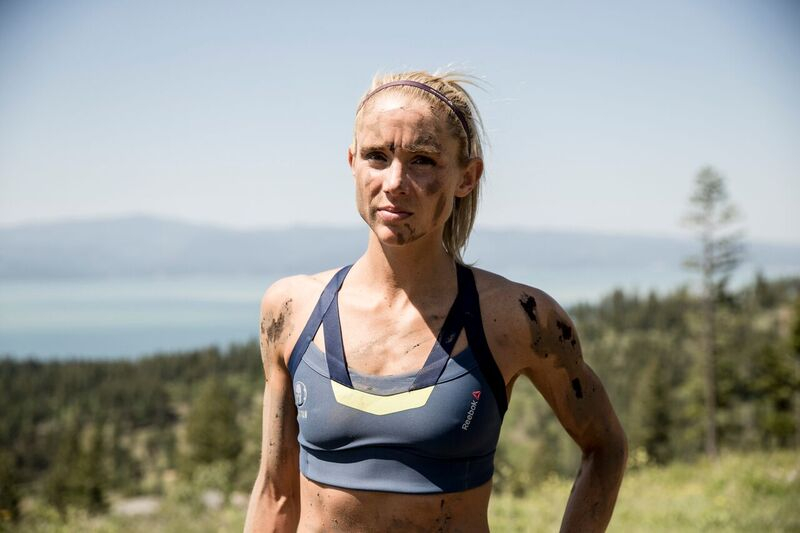 Boone suffered a femoral stress fracture before she was able to reach the start line of Western States. “It was the perform storm: I had some muscle imbalances, old injuries and I suffered a full hairline fracture. I was out on the highest mileage week that I have ever done. I was on track to do 100 miles (160 kilometres) that week and it was like a lightning bolt went down my leg on a sharp descent during a 40K training run. I thought: ‘That’s not a muscle pull.’ It was a very slow 16-kilometre walk back to the car.”

“Focus on the basics and try not to do too much too soon.”

Bouncing back from injury

The California resident is still in the process of returning to full health following the early-May injury. Boone began by swimming as a form of cross-training then got on the bike more. “Being injured has given me a great appreciation for the sport and not to take things for granted,” she says. “You realize how quickly you can be cut off. The passion definitely has been reignited.”

One notable event on Boone’s list is the infamous Barkley Marathons, an event that no woman has finished in the event’s history. The 100-miler occasionally has years where zero runners finish, and others where only a handful of runners are able to conquer the five times 20-mile loops. “It’s been on the list for a while,” she says. 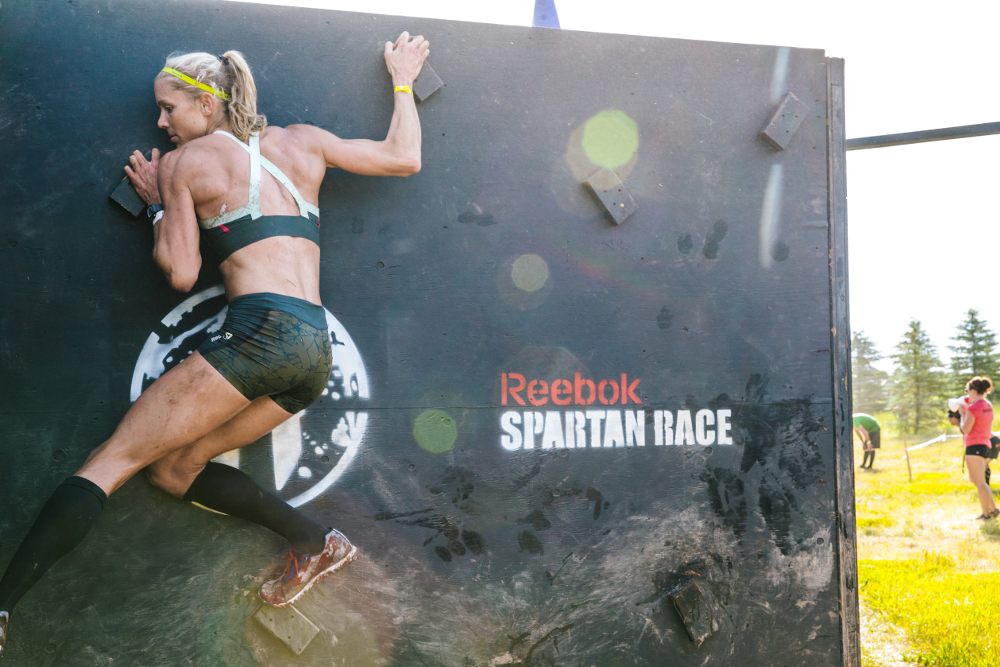 Since relocating to San Jose from Chicago, Boone has been working as an attorney for Apple Inc. “I love the mental aspect and problem solving of the complex issues of being an attorney,” she says. “I have had brief thoughts of just being a professional athlete. But I enjoy the challenges of juggling both the professional life and the life of training. This injury has made it clear that being an athlete is fickle.”

RELATED: 5 effective tips from a master trainer to keep you running injury-free.

When asked for tips for people looking to get into OCR or ultrarunning, she says that “people can sometimes get caught in the trap of trying to do everything. You don’t need to go ‘beast-mode’ for every workout but rather do the non-sexy, non-glamorous things like more lower intensity training. Focus on the basics and try not to do too much too soon.”

“Being injured has given me a great appreciation for the sport and not to take things for granted.”

Boone wakes up at 4:30 a.m. every morning – she says she functions best in the day’s early hours – and heads out for a run with a headlamp at 5:00 a.m. She finishes training by 7:00 a.m. to get to the office on time. Strength training typically takes place in the evening as does supplemental work like balance exercises, rolling and rehab. Her days typically wrap up around 10:00 p.m. considering the early starts.

“Set yourself up to get up in the morning,” she says of early morning routine advice. “Set everything out the night before. Sleep in your running clothes if need be. Progressively, it will become a habit before it becomes automatic.”

Nearing the end of her road to recovery, Boone’s plan is to focus on trail running more in the early parts of 2017 before juggling her talents in OCR by competing at the world championships and other global events later in the year.