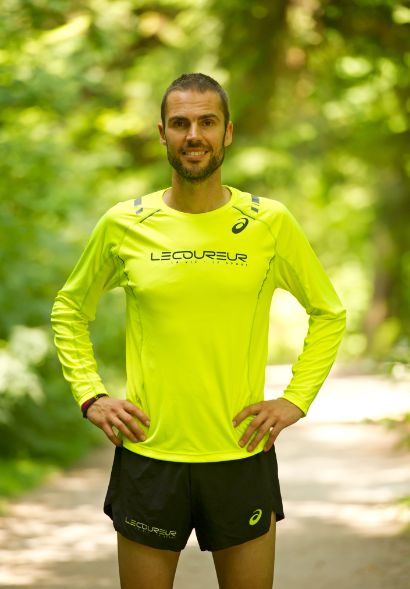 One of the more unique trail running challenges this year is set to happen in Chamonix, France on June 21. The ASICS Beat the Sun Challenge is an event that teams amateur runners with the pros to race on Mont Blanc on the longest day of the year– the summer solstice.

The premise of the race is to “beat the sun.” In other words, the teams have until sunrise to sunset (a total of 15 hours, 41 minutes and 35 seconds) to run the 130-kilometre course which covers road, trail and alpine terrain. ASICS is teaming up 24 amateurs with the elites to make teams consisting of three of each type of runner.
The pro athletes for this year’s running of the event have been chosen and ASICS has announced that U.S. marathon record holder Ryan Hall will be racing. Hall holds a PB of 2:05. Deena Kastor is also going to be present. As well though, the race will be seeing Canadian talent. Trail expert David Le Porho is set to be on the course in France. Le Porho recently ran Quebec’s fastest marathon in 15 years and he is also known for being the snowshoe world champion in 2011 and 2012.

The amateur runners however have yet to be chosen. On April 25, ASICS will choose a group of 50 semi-finalists (right now they are still on the look out for runners). Those who end up being chosen for the race get coaching and advice as well as trail-specific training. When teams are set, they also get to be mentored by the elite athletes.

The travel expenses for the five-day trip in Chamonix, France will be entirely covered for the athletes.