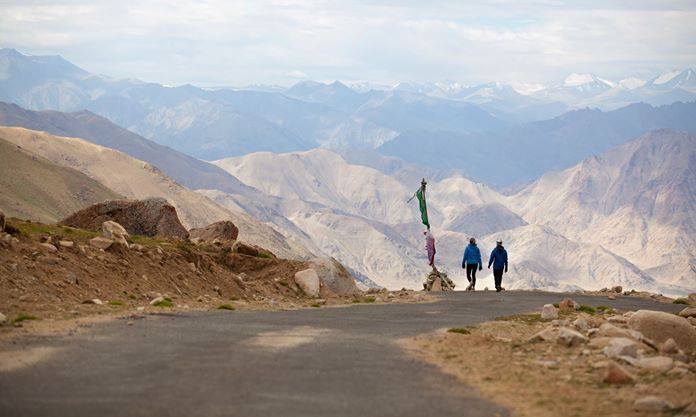 The Badwater 135 is known as the world’s toughest foot race.

Canadian Marylou Corino of Georgetown, Ont. finished 13th female and 45th overall on Thursday in a time of 41:28:20.

The famously difficult race starts at Badwater in Death Valley 85m below sea level (the lowest elevation in North America), taking runners 135 miles (216K) through Death Valley and up Mount Whitney, reaching 2,548m of altitude at its highest point. Temperatures have been known to soar well above 100 F (37 C). The cutoff time is 48 hours, and the average finishing time is 40 hours.

RELATED: How to watch the sole Canadian at 2018 Badwater 135

Since 2015, the event has started in the evening to combat high temperatures. She said that 2018 was one of the hottest Badwaters in recent history with temperatures hitting 53 degrees celsius during the day.

To prepare for an overnight race, Corino stayed off caffeine as much as possible in the months leading up, and did several races that took her into the night. She also had three crew members, “Rich Peers from Ontario, Michelle Biscof from Kentucky and Ryan Launder from California. Rich was new to crewing. Michelle and Ryan have both crewed Badwater before for different runners. This is the first time they all crewed me.”
RELATED: Canadian Marylou Corino surges into 2nd place in women’s field at Badwater Ultramarathon
Corino said that the toughest moment in the race was day two. “There were many tough moments, but one of the toughest was starting day two knowing I had another full day of being under the intense heat, and the biggest climb in the race still to come.”
The high school teacher wasn’t thrilled with her time but is very happy to have finished, as there were roughly 30 participants who did not.
Her advice for anyone looking to get into ultra running and trail running? “Do it! Make sure you ease into the extra mileage, embrace running at different paces because chances are you will during the race, and have fun with the process.”
Kerri Kanuga also participated in the race. Kanuga has resided in the Cayman Islands for several years but grew up in Canada. Kanuga finished in 38:28:05.