RELATED: The 2019 Canadian Mountain Running Championships are for everyone

The weather was perfect for a 50K. The day started cool by Kalamalka Lake and gradually warmed up to 19 degrees. Arriving at the lake in morning, the event felt humble and quaint–like a true trail and mountain running race. Even while pushing their limits in the beautiful sunshine, runners were often shaded in the forest running the stunning single track. The uphills were fairly runnable and the downhills were flowing and (mostly) forgiving. 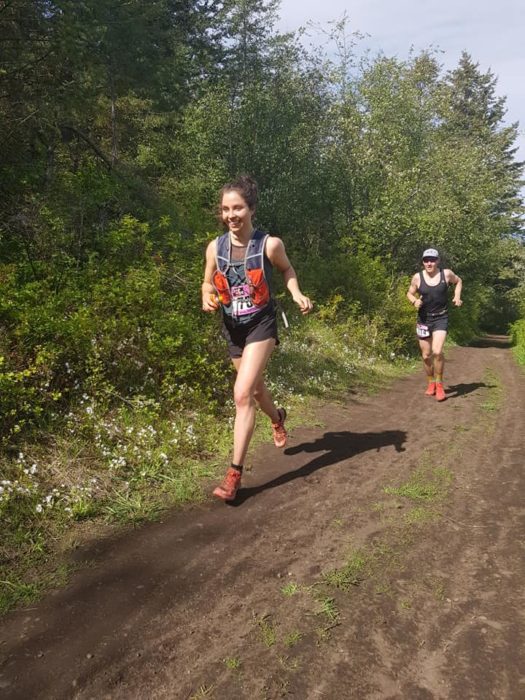 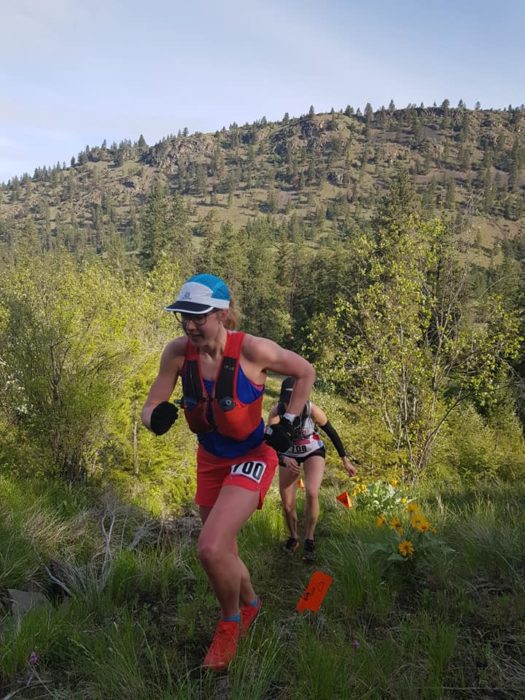 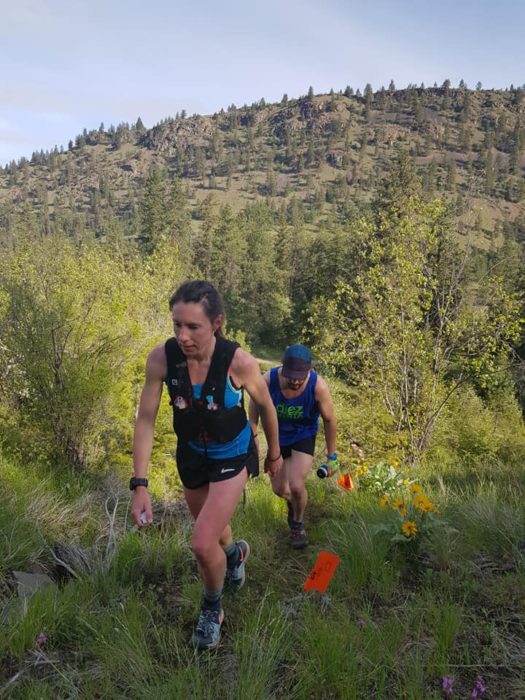 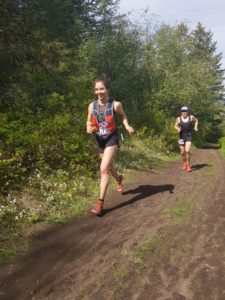 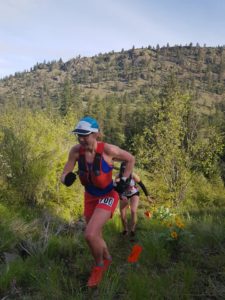 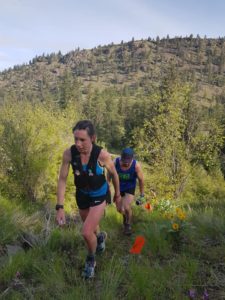 The women’s race was full of grit and smiles. Emilie Mann from Fernie, BC not only won the women’s race, she won the award for the most smiles. 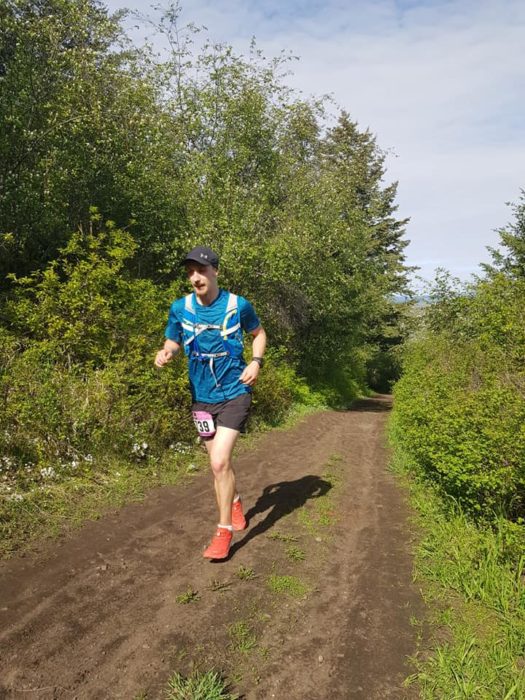 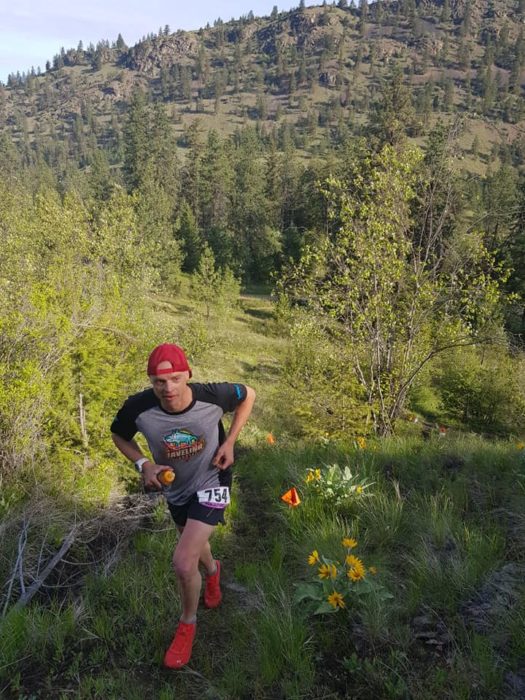 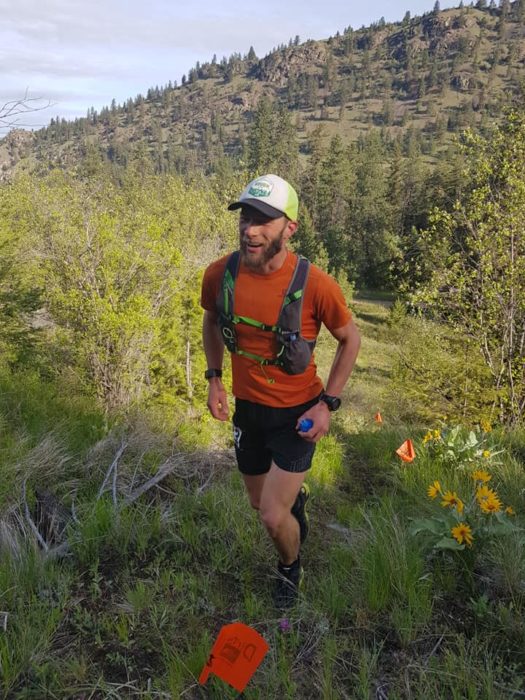 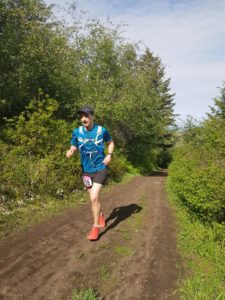 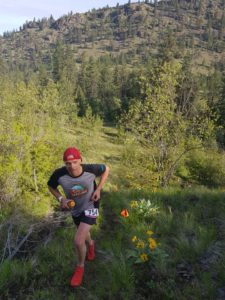 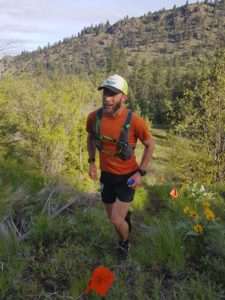 It was a sprint finish for the men’s race. Dave Stevens was in the lead until the last kilometre. When Aaron Robson found out at the last aid station that he had closed the gap with 4K to go, he started hammering. In the last 400 metres, Stevens heard fast footsteps behind him, assuming the runner was in the 25K race. When he realized Robson was his competition, he started chasing to the finish. 30 seconds later, Marcus Ribi flew in behind them both.

RELATED: How to win an ultra in 19 seconds 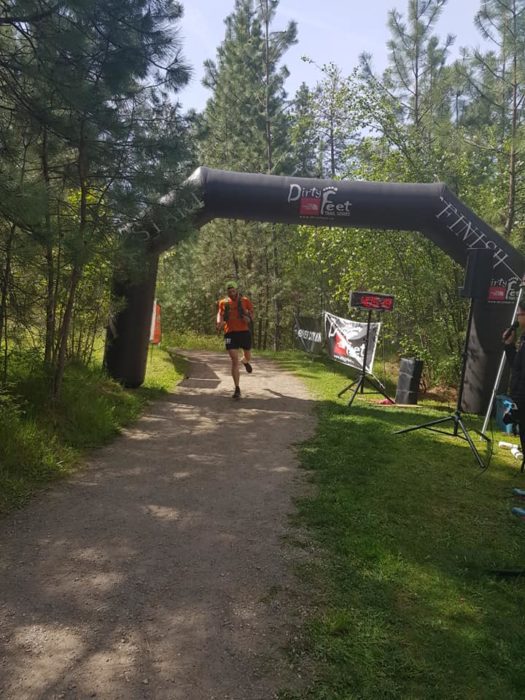 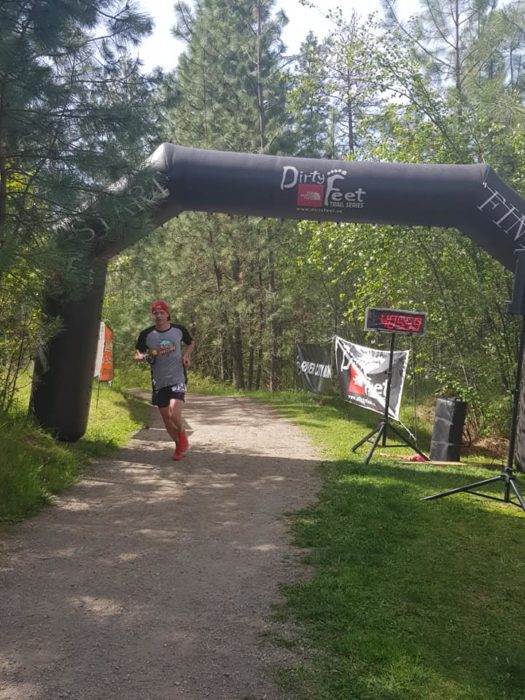 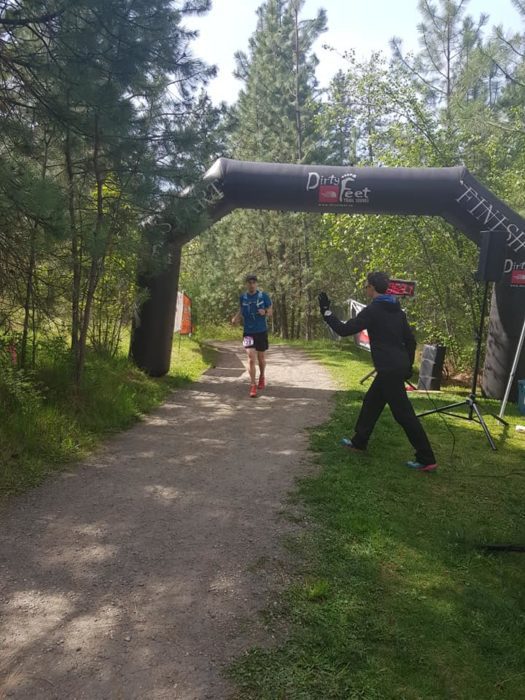 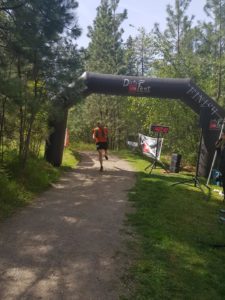 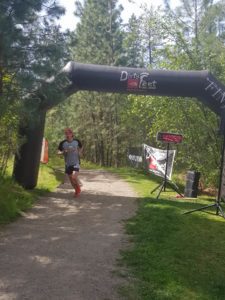 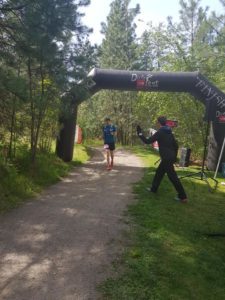 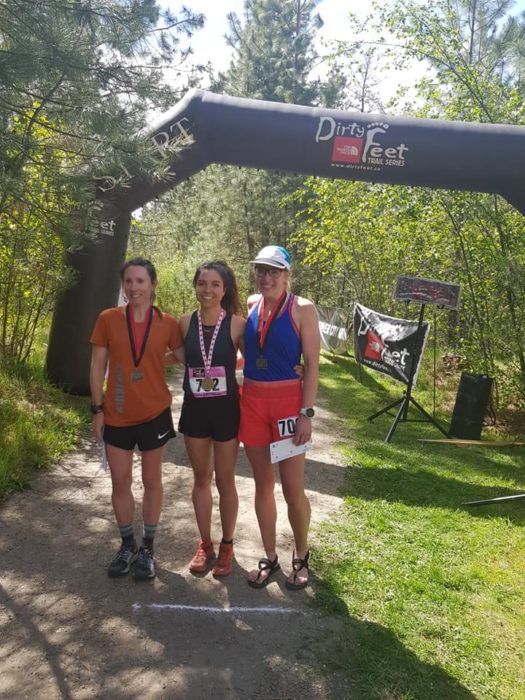 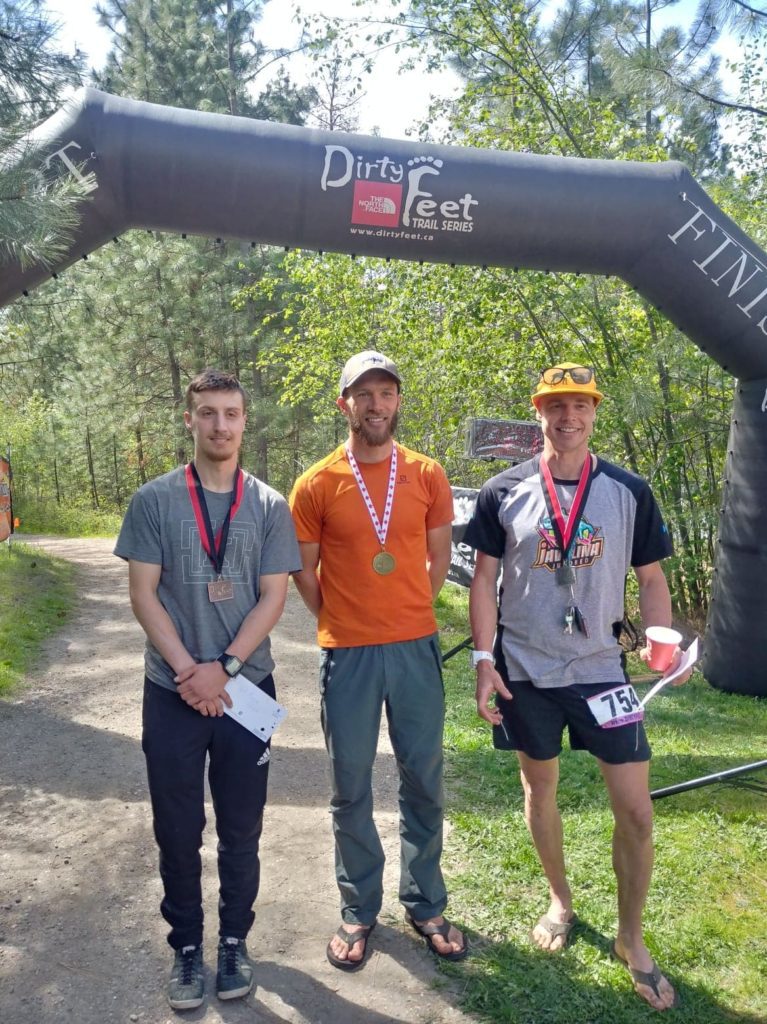 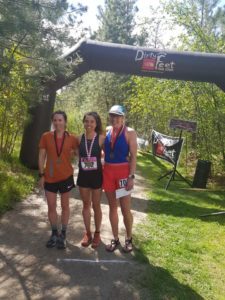 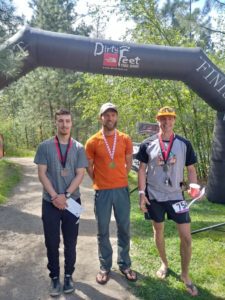