Last weekend, 18 Canadians out of 111 runners finished the Moab 240 well before the 112 hour cut off. Despite hallucinations, freezing temperatures, and an extra three miles, Canadian ultrarunners thrived in the 243 mile foot race across the desert. Here is what happened to Canadians during their four day journey in Moab, Utah.

First Canadian and 6th overall, Eric Deshaies had never run a 200, (or 243) mile race before. With less than four hours of sleep throughout his 75 hour and 21 minute race, hallucinations were almost inevitable. Eric saw dead animals and “a giant duck talking” to him. Regardless, Deshaies experienced “more highs than lows during the race.” The ultrarunner from Gatineau, Quebec schedules his training around his family and full time job.

Without crew or pacers, Charlotte Vasarhelyi from Kitchener, Ontario was the first Canadian female and 4th female overall in 80:55:42. Charlotte also ran Moab 240 in 2017, and prefers racing self supported for “a different experience.” Vasarhelyi is familiar with solo endurance feats. The Ontario native currently holds the self supported Fastest Known Time record on the Bruce Trail.

Although Charlotte ran with no crew or pacers, she was not alone. Freezing cold temperatures in the La Sal mountains meant many runners had difficulty sleeping. Luckily, Charlotte ran the last 140 miles with Kent Ryorchuk, a fellow Canadian and Triple Crown finisher living in California. Unlike last year, Charlotte ran the last 42 miles from Oowah Lake in the daylight, appreciating the views this time.  Charlotte and Kent “ran that entire section hard to the finish.”

RELATED: The triple crown of 200s – are you up for the challenge?

Van Phan in hot pursuit of some Joey love at mile 40ish of the Moab 240! Nothing like pup therapy on the trails. @destinationtrailraces @salomonrunning @tailwindnutrition #moab240 #run #runner #running #trailrunner #trailrunning #ultrarunning #ultrarunner

Lizzy Hughes from Waterloo, Ontario also ran without pacers. As the youngest finisher ever, Lizzy had pain in her leg from 28K onward. She completed the race in just over 100 hours, and then went straight to the emergency room. “I had contracted cellulitis in my left leg” and it was swollen “like a tree trunk.” Lizzy ran through four nights and slept for just three hours. On the fourth night, Lizzy was delusional. “I hit an all time low and actually ended up going backwards on the trail. I kept falling asleep while walking or standing up.” She still finished the tough 243 mile foot race. 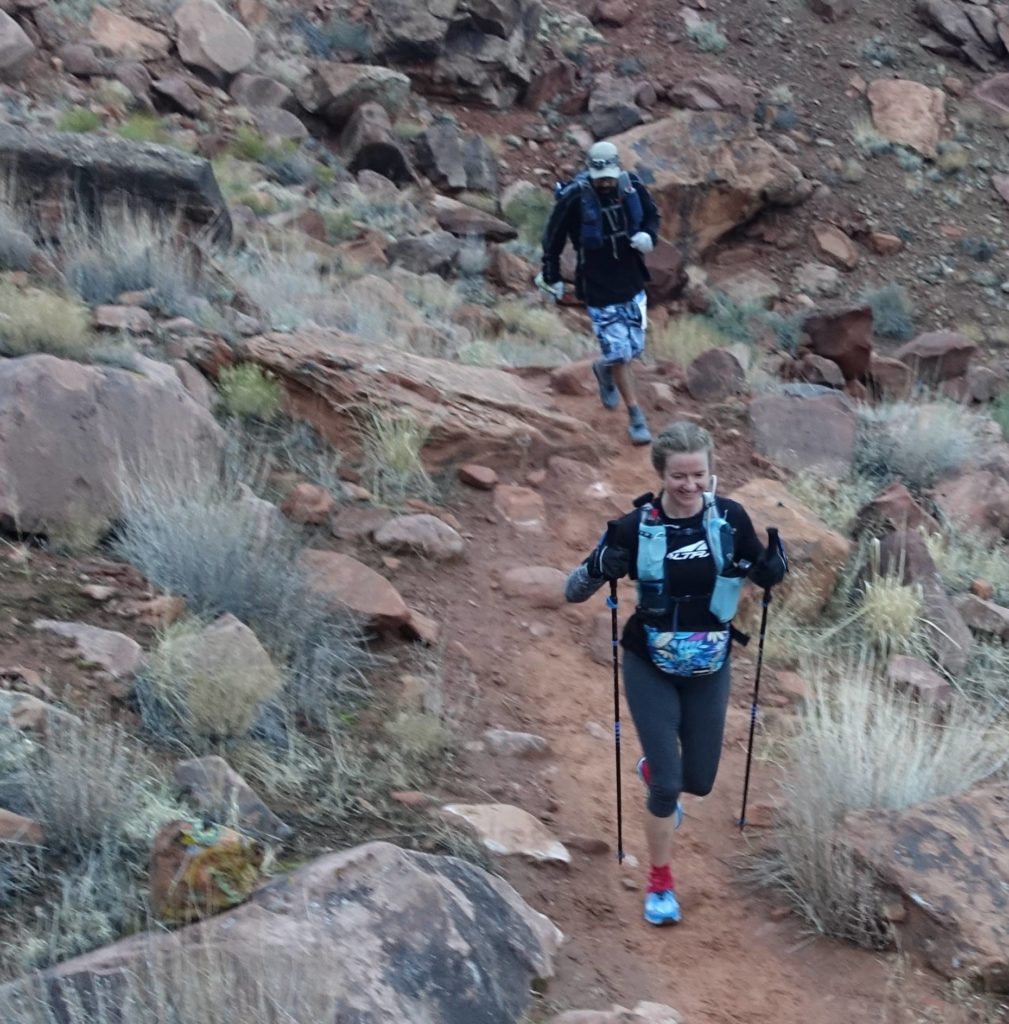 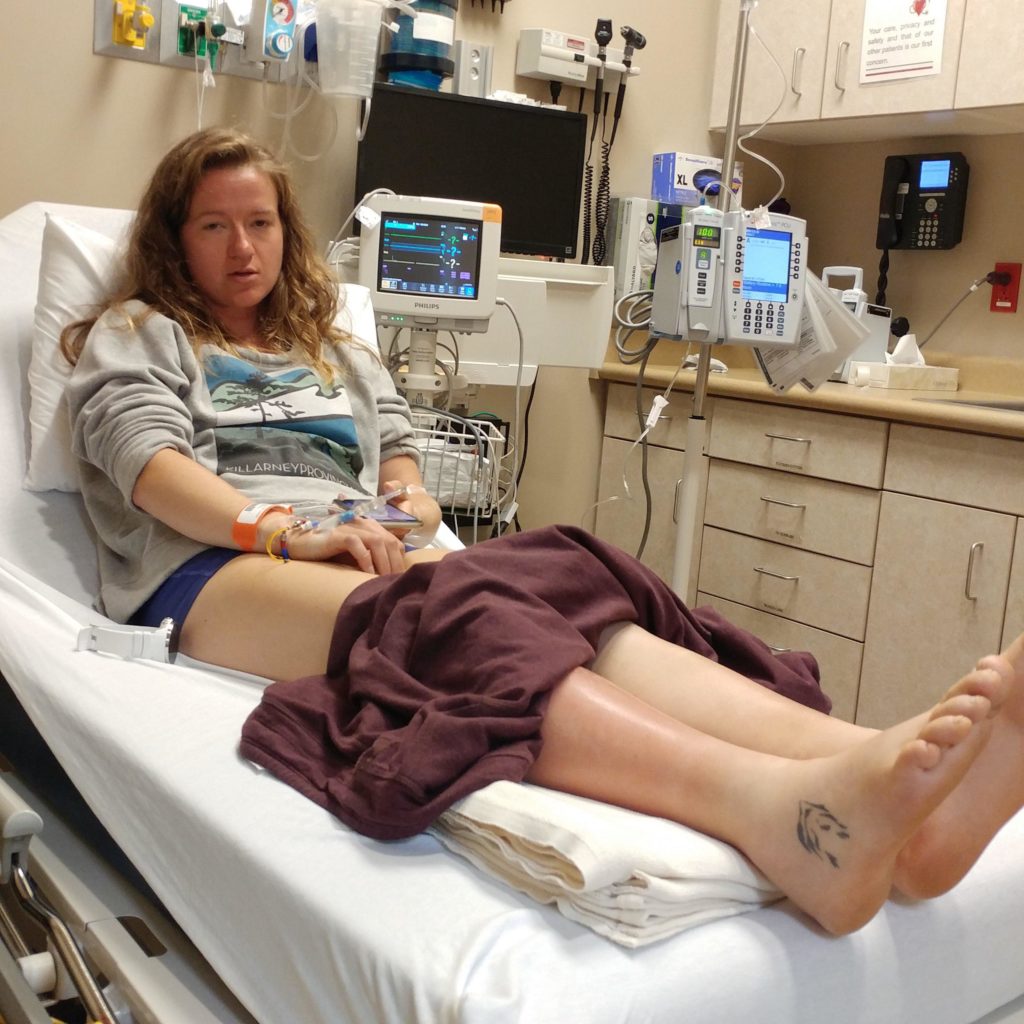 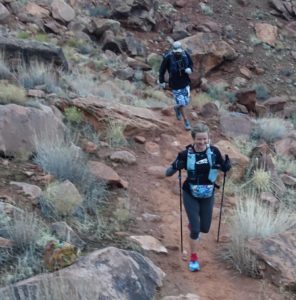 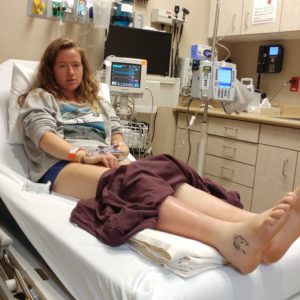 Destination Trail Series is known for its challenging events and memorable experiences. Dennis Marchant of Coquitlam, B.C. “finished a day early and didn’t have anywhere to sleep.” Dennis slept for two and a half hours over the course of his 86 hour and 58 minute race, “so luckily the race director, Candice gave me her sleeping bag and I crashed in some random tent.”

Even with hallucinations and hospital visits, Canadians persevered through a tough 243 mile race at this year’s Moab 240.