Courtney Dauwalter led the race from start to finish to win her second consecutive crown on the 171 km loop around Mont Blanc. She shattered her winning time from 2019, beating it by two hours and two minutes (22:30:54) and setting the all-time female record. The record she broke was held by American Rory Bosio, running 22:37:26 in 2013 (on a course three-kilometres shorter). 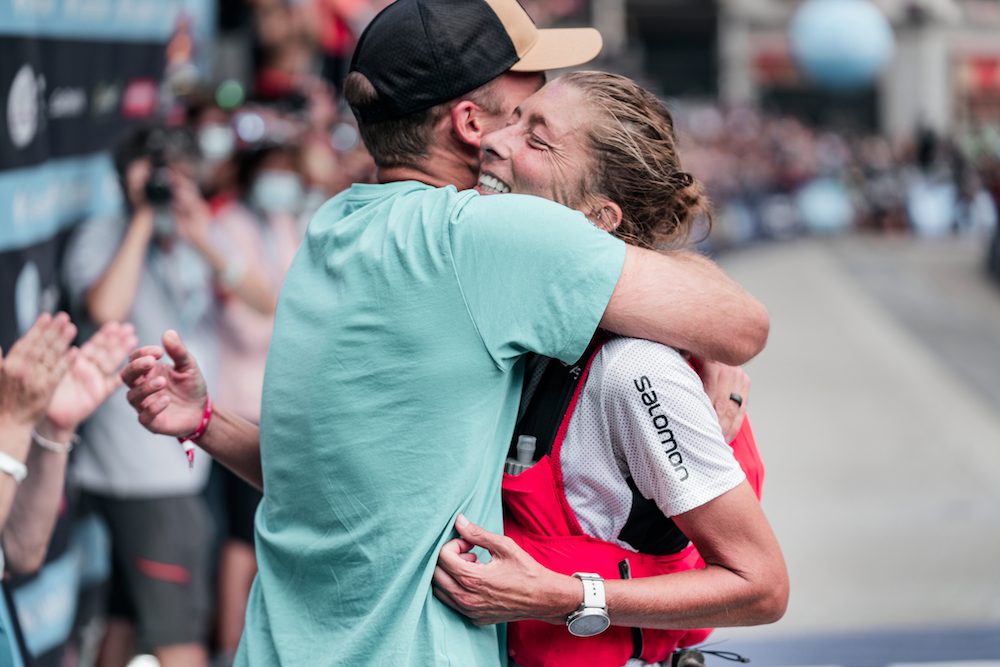 Dauwalter was 10th place in the overall standings at 100km and held a 30-minute lead over her competitors. As some top runners began dropping out in the latter half of the race, Dauwalter climbed to sixth overall by the 150 km checkpoint.

She ran into some dietary trouble just over halfway through the race. In her post-race interview with iRunFar, Dauwalter said, “At Courmayeur, I switched to a full liquid diet, which had been in the plan, but I thought I could make it to more like kilometre 100 before I switched to just liquids. So we kind of pivoted for that one just because solids weren’t working anymore. I was just throwing them up.”

This is the highest finish ever by a woman, and she was also the first American and non-European to cross the finish line. Dauwalter finished an hour and a half ahead of second-place finisher Camille Bruyas of France in her 100-mile debut (24:09:42). Bruyas was 16th overall. Mimmi Kotka of Sweden finished third, in 25:08:29. Kotka shared the lead with Dauwalter for the first 50 km of the race, but fell off during the climb of the first night. Kotka was the second woman at the 125 km checkpoint, sitting 34 minutes off Dauwalter’s lead. Bruyas made up 12 minutes on Kotka at the 150 km mark to take over second place. This was Kotka’s first finish at UTMB in three attempts.

RELATED: Quebec man runs 125K around the island of Montreal

The top Canadian finisher was Claire Heslop, who finished 156th overall and 18th place in the women’s classification (32:12). She was in the 480th position at the first checkpoint and managed to pass over 300 runners to finish in the top 160. Besides running up mountains, Heslop is a full-time associate professor and physician at the University of Toronto.