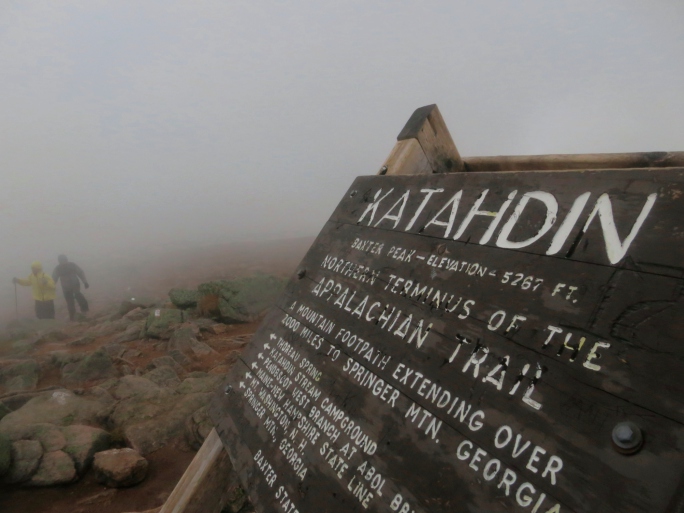 It seems that Scott Jurek’s celebrations after running the length of the Appalachian Trail (A.T.) this summer has put other hikers’ grand finale ending in jeopardy.

The end of the 2,180 mile-long trail that spans 14 states starting in Georgia and finishing in Maine, has quite the breathtaking finish at Mount Katahdin in Baxter State Park. For 80 years, runners and hikers have celebrated making it to the finish by drinking in the views at the top of the mountain. It’s one of the many things that makes the A.T. experience so rich. But that might not be for long.

Park officials are talking about rerouting the trail finish away from the mountain and out of Baxter State Park altogether. That’s thanks to an influx of crowds and behaviour which they see as unacceptable, violating park rules.

Crowds flocking to the A.T. have been in the rise for years. Bill Bryson’s A Walk In The Woods story of discovering the trail heightened numbers on the trail in a similar way that Cheryl Strayed’s Wild drew visitors to the Pacific Crest Trail with the release of the movie last winter. After Bryson’s book was published, numbers on the A.T. shot up by 45 per cent. Unruly behaviour, especially on the mountain peak, came with it.

While it has been a problem for park officials for years, complaints all came to a head when Scott Jurek and his crew stopped by this summer. After finishing the trail and setting the fastest record of 46 days, eight hours and seven minutes, Jurek was passed a bottle of champagne which he shook vigorously and sprayed over the grounds. A park ranger observing the incident penalized him for violating park rules, specifically, littering, drinking alcohol and hiking in a group larger than 12.

Jurek responded in a blog post claiming that his group number did not exceed 12 and that the friend had previously got permission from park authorities to bring the champagne to the peak of Mount Katahdin. He admits ignorance about the rules towards alcohol on the trail.

Whether of not this trail reroute goes through is to be determined. Baxter State Park and the Appalachian Trail Conservancy are at odds right now with regards to limiting visitors on the trail. The park believes that hikers should be capped by having to apply for permits. That way, it would be kept in its wild and natural state. The Appalachian Trail Conservancy however has always wanted to encourage use of the trail and believes that proper education on trail use would solve the issue.