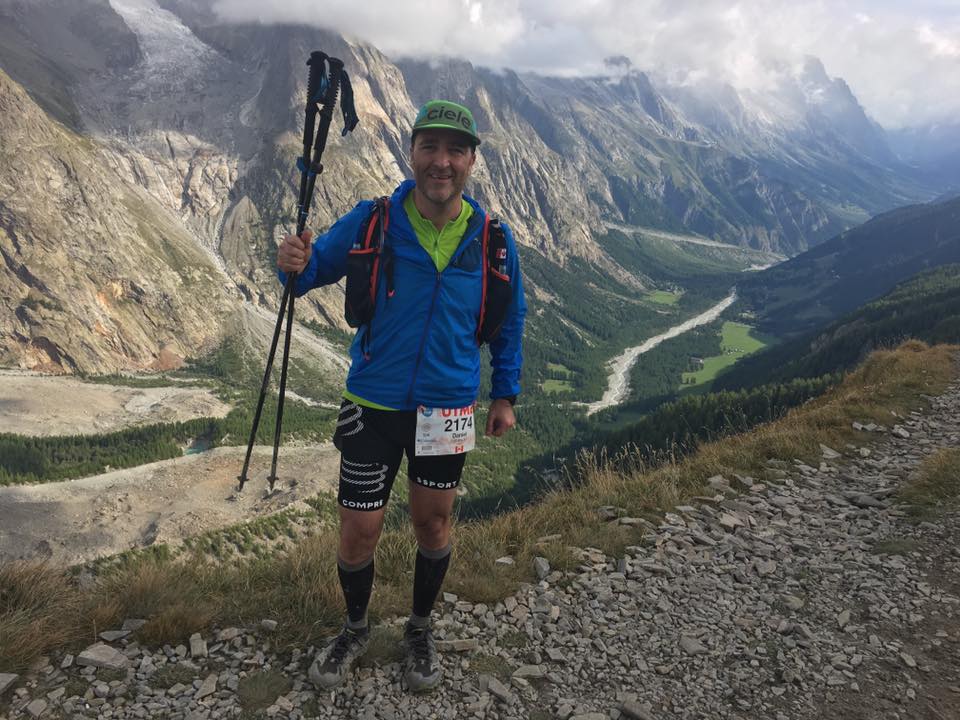 Daniel LeGresley showed up to the start line of the Ultra Trail Du Mont Blanc over the weekend hungry for trails and views of the Alps. After completing the beast of the race that’s famous in the ultra world, he has some reflections on the experience from the unexpected weather changes to the training in two Canadian provinces leading up to the big day to the thrill of making it to the finish line after dreaming of the 100-miler for the past two years. In looking back on this crazy trip in the Alps, here were the high and low points of his race.

Canadian Running: Why run the UTMB?

Daniel LeGresley: I’m a three-time Ironman and four-time Boston Marathoner. I needed a new challenge. The first time I heard about the UTMB was from a runner and well-known Montreal actor, Patrice Godin who did the UTMB race in 2015 and raved about it. I like high altitudes and run well in the cold. In 2011, I had participated in a group expedition in Nepal (Mount Everest Base Camp, Labuche Summit and Mera Peak High Camp) and climbed up to 6,100 meters with Gabriel Filippi, our expedition leader. The pure thrill of running in the Alps with 2,500 other runners from 92 countries is exciting.

CR: What were some high points?

DL: A high point was being at the start with 2,500 runners standing with loud inspiring music and the count-down to go time. The volunteers were always helpful and encouraging. With 2,500 runners, I never was alone. It was so great to have company all the way and with runners from 92 countries, it was a nice mosaic of cultures along the route. At night, on the mountains, I’d see hundreds of headlamps glowing as they moved. It was amazing – like fireflies in the night. The views in the Alps were just extraordinary. Battling the elements was fun though challenging, with the so many weather changes from sun to rain to snow to wind to cold. In Montreal, my running buddies all know that I love to run in rain and cold weather. I’m always up for a challenge. When I got to the finish line, I saw crowds cheering. It was a big deal for me knowing that I accomplished a dream that was two years in the making. 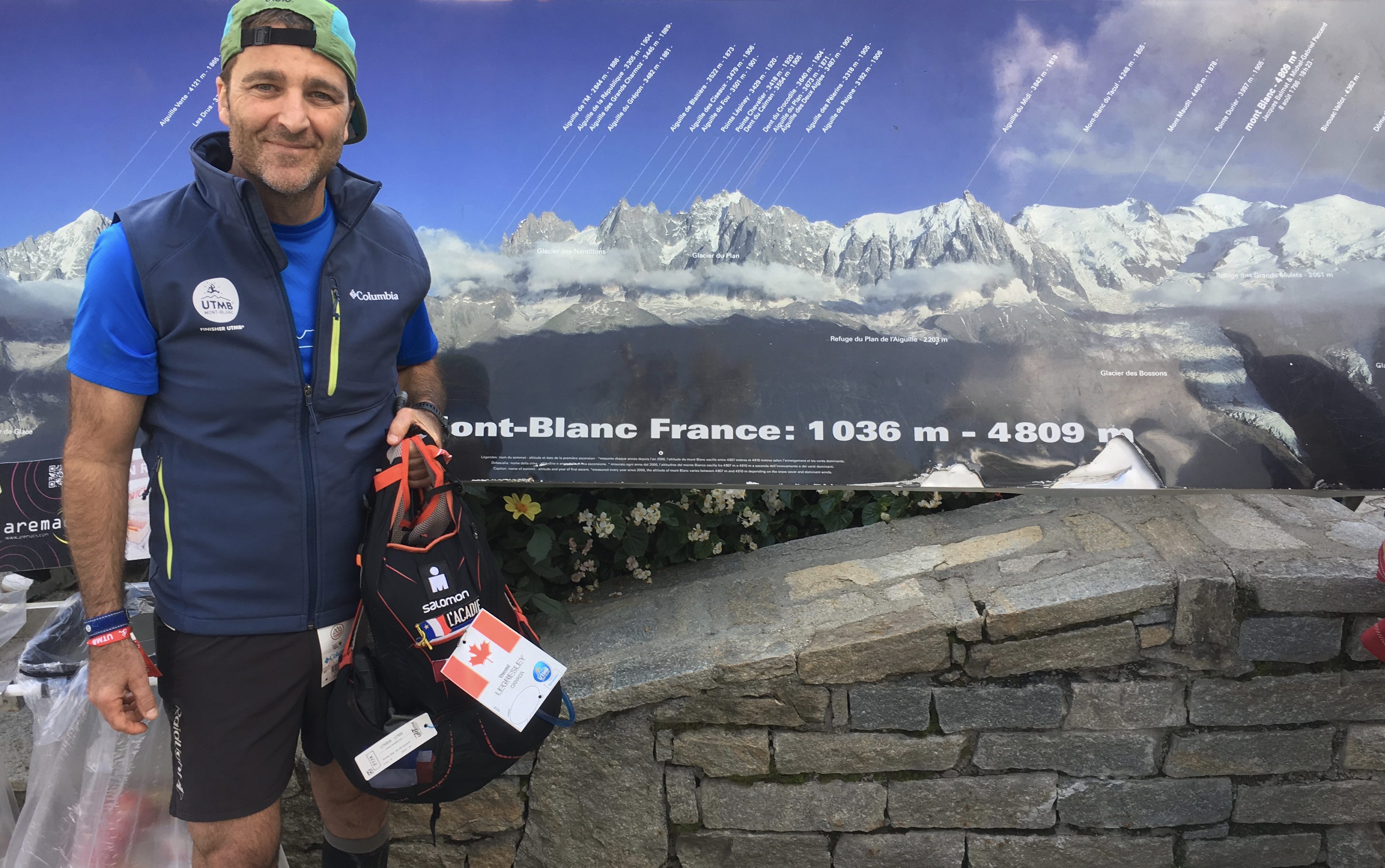 CR: What about the low points?

DL: Halfway through, it became emotional for me. I had a brief moment of doubt where I thought I might not keep going, knowing that I still had almost 5,000 meters to climb and another 90K to run. I had to get rid of that negative feeling by simply kicking myself in the butt and convincing myself to break down the next half portion into mini races. We experienced some bad weather conditions where I was taken by surprise with a sudden change in temperature. All of a sudden, a heavy rain came down with cold winds whipping. I was still in shorts and looking for a spot to change. We also experienced snowstorm conditions on Col Ferret mountain between Switzerland and France. Unfortunately, the transportation for supporting crew wasn’t efficient, with long waits and three-and-a-half hour lineups. I found it a challenge to take a nap in a cold sleep station but still managed to make up for it later.

CR: How did you get into trail and mountain running?

DL: My experience in Mount Everest seduced me to trying high altitude adventures, and trail running is that. It was also a natural progression from trying marathon. I wanted bigger challenges and better views. Now here I am.

CR: You trained in different parts of Canada for this– namely New Brunswick and Montreal. What about Canadian trails prepares a runner for something like UTMB?

DL: New Brunswick and Montreal don’t have high mountains, so we have to incorporate hill repeats in our training. In New Brunswick, the Fundy Park Trail is a good place to train. South of Montreal, Mont Bromont is my favorite place to run. In the ultra races that I’ve done so far in Canada, there are less runners, so you have to develop mental skills to cope with being alone in the wild. The Ultra-Trail Mont-Albert in the Gaspé Peninsula of Québec was a very hard race as there was less than 100 runners doing the two-day long distance. You’re mostly alone and have to develop coping skills to finish. That was a great experience for the mental training.

CR: Any surprises at UTMB?

DL: I’d seen many videos of the previous races, but having so much company right through the race was great. The first 8K was packed with thousands of people running at a slow pace and at times walking, but I later realized that it was better that way as it allowed me to start slow to warm-up.