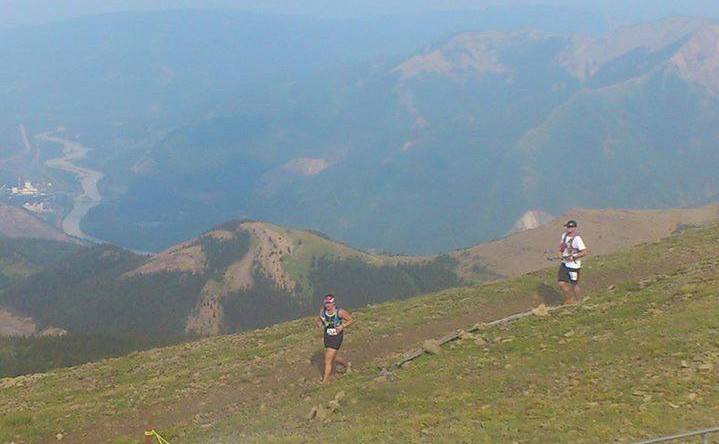 The 31-year-old ultramarathoner finished the 125K race in 13:53:35 to become the first female to ever win the race in its 15-year history.

“It’s been pretty amazing. There’s definitely a pride thing,” St Laurent told the Edmonton Journal after her run. “Women are so tough. This should be our sport. I hope that speaks to people.”

“I feel like I worked all day for it. It went really well, as good as I could hope for.”

The Death Race is held each year over the first weekend of August in Grand Cache, Alta. The course covers the peaks of three mountains in the Rockies and climbs and descends a combined 5,600m of elevation change. It is known as one of the world’s toughest races. Each year the race sells out, making entries tough to get, but the race also sustains itself by offering volunteers guaranteed admission the following year.

St Laurent finished second overall at the Sinister 7, another ultramarathon in the Rocky Mountains, in July, only 15 minutes behind the winner. She ran that 100-mile event in 18:37, more than two hours under the previous women’s record.