The inaugural edition of Oman by UTMB, a 137K trail ultramarathon through the Akhdar mountain range in Oman and finishing in Al Hamra, took place Thursday through Saturday. Running against athletes from 57 countries, American Jason Schlarb tied with Swiss runner Diego ‘Zpeedy’ Pazos with a time of 20:45:37, working together for the last 20K and crossing the finish line with their arms around each other. Aleksei Tolstenko of Russia was third, finishing 42 minutes later. 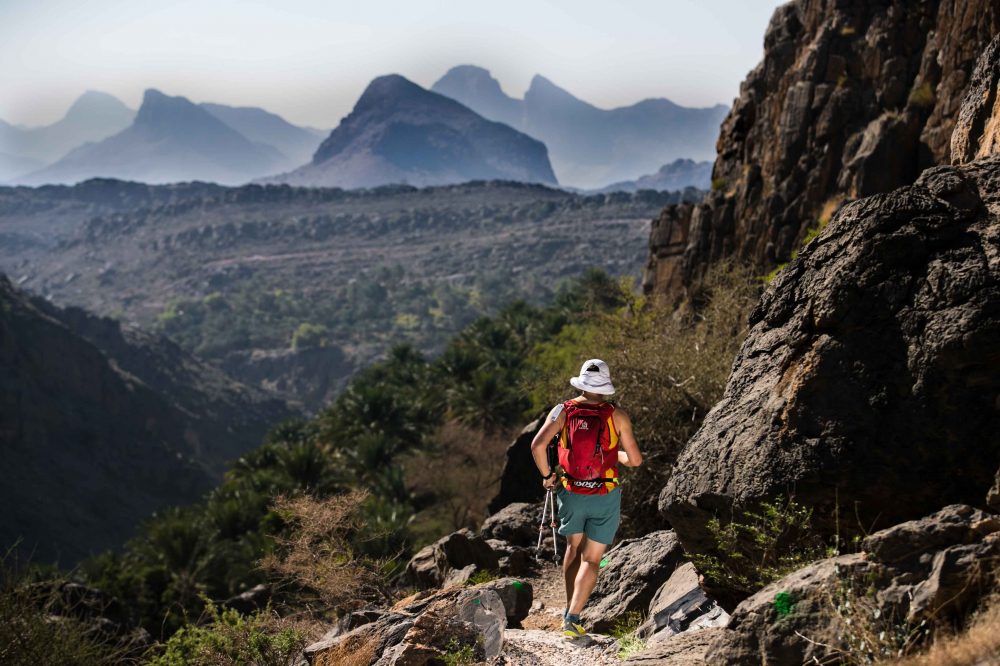 British runner Anna-Marie Watson, a former captain in the British Army, finished in ninth place overall and was the first female, with a time of 26:20:27. Ildiko Wermescher of Germany finished second in the women’s race, and American Meredith Edwards was third.

The first ever OMAN by UTMB®️ event has drawn to a close as the final runners crossed the Al Hamra finish line at the end of their 137km adventure across the heights of Jebel Akhdar, Oman. Here are some highlights of this iconic event!#oman #ultratrail pic.twitter.com/x4r3W2430q

This was the first UTMB (Ultra-Trail du Mont-Blanc) race to take place in the Middle East. The dramatic course took runners through a variety of terrain including ancient villages, desert, mountain ridges, and a climb up the 2,200m Jebel Akhdar, Oman’s “Green Mountain.” Pazos said it was the most challenging race he has ever done.

🏆 Our Overall Women winners from the first ever #OmanbyUTMB which took place from the 29 November – 1 December 2018:

Some of our amazing finishers 🤩 You’re all absolute superstars! Keep an eye on the channel as the final runners cross the finish line #omanbyutmb