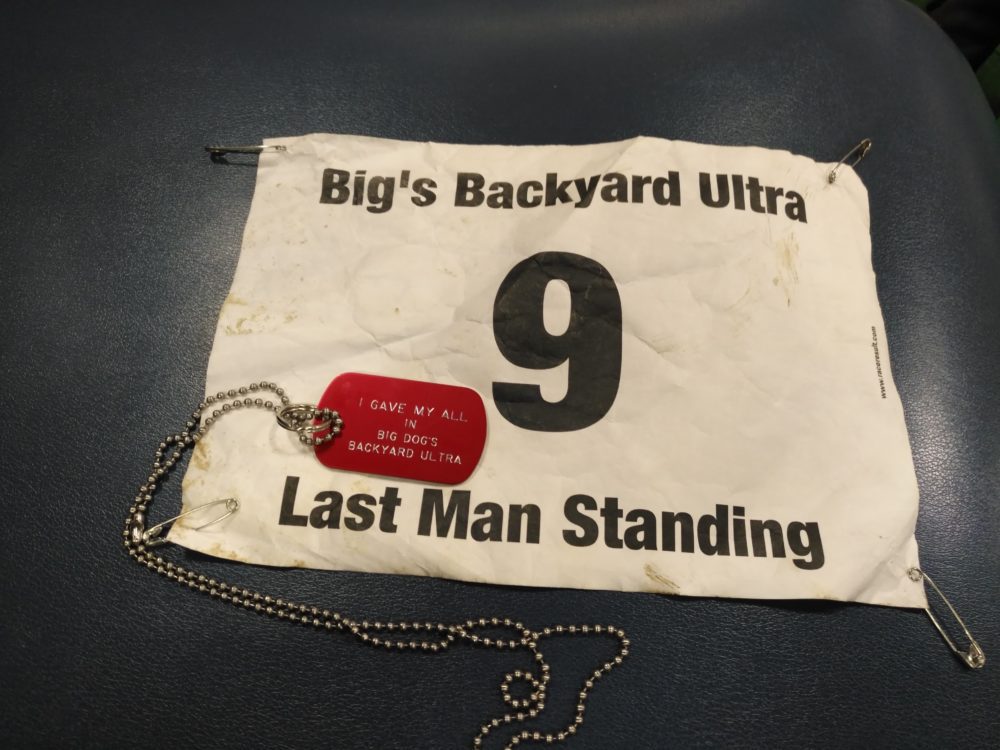 When Jerry Hughes of Victoria, B.C. got into Lazarus Lake’s Big Backyard Ultra, he knew it was an opportunity he couldn’t turn down. Hughes prefers “the idea of running crazy races that scare [him].” Big’s Backyard Ultra is just that. It is the race that never ends. Named after Laz’s dog Big, runners complete a repetitive four-mile (6.4K) loop until one person remains–and there is a one-hour time limit for every loop. Although Hughes wasn’t the last human standing, his story is nonetheless inspiring.

RELATED: Can’t get into the Barkley? Consider another Laz Lake Ultra

Last year, Hughes completed 234.5K in 24 hours on a track. He knew he was “capable of much more” at Big’s Backyard Ultra, but “had to make the smart decision” and drop before the 100-mile mark. Hughes has the rare genetic disorder Gardner’s syndrome. Five years ago, he changed his life. He has been running ultras ever since. His children have a 50/50 chance of being diagnosed, so Jerry is committed to “showing them what’s possible.” Hughes feels he has many more hours to run if he toes the line again at Big’s.

On October 23rd, the ultrarunning community watched from afar as Johan Steene and Courtney Dauwalter made history at Big’s. Steene ran 285.335 miles (456.54K) in 68 loops, and Dauwalter ran 279.168 miles (446.67K) in 67 loops. Hughes briefly describes the race as magical. “It really strips you down, and you’re left with your deepest thoughts,” whether that be for an impressive 90 miles or almost 300. Hughes explains that “the race sucks you in and makes you want to come back.”

Here are the previous winners of the #BigDogUltra:

Even though Hughes knew his race was over at 93 miles, he is not finished with Big’s Backyard. He is just getting started on his ultrarunning journey and will continue to inspire not only his children, but the rest of the running community.