When most running groups meet up, they will usually go out for a certain distance or time. But a local trail runner from Upper Kingsclear, N.B. organized a different type of run group with a similar concept to the Barkley Marathons called the Sufferance Series, where runners are given a hard, short trail route to complete over a four-hour window. 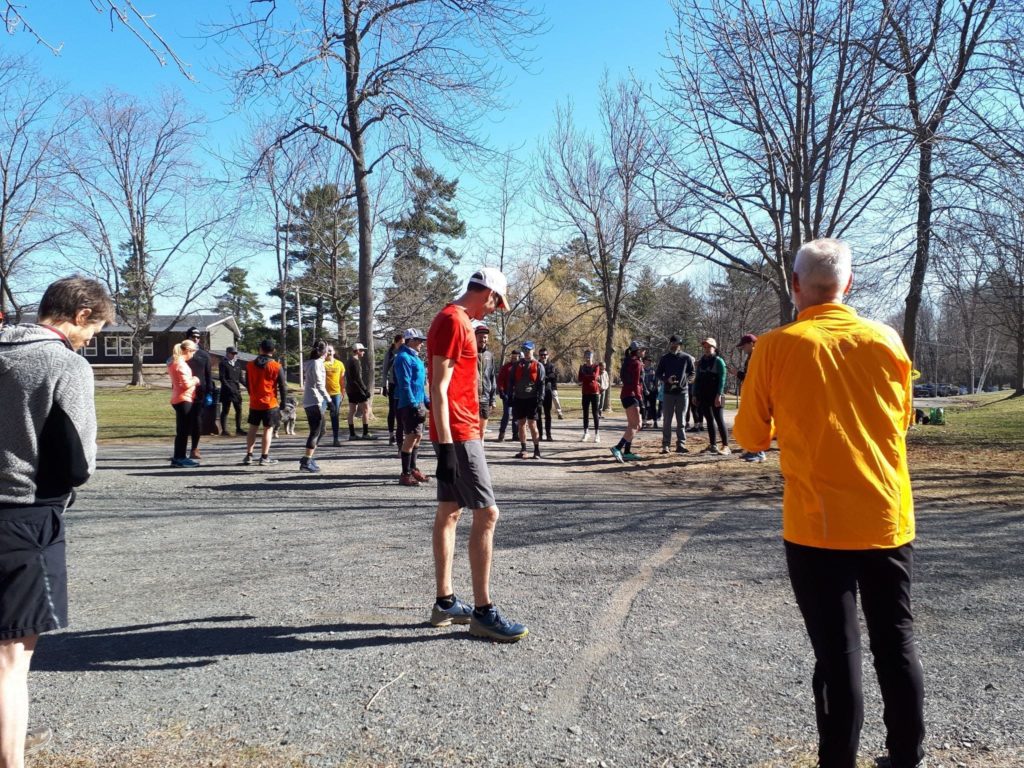 The series consists of six endurance trail running events based in and outside of the Fredericton area. Race co-ordinator and founder Jos Eijkelestam usually maps out a five-kilometre route around a local park or trail, then runners can decide to do as many laps as they can within the time.

Eijkelestam always completes the route first, to make sure it’s safe for all runners. Then he distributes the route to runners the morning of the run.

There is no charge for the run, and the experience is priceless. “The theme is to challenge trail runners in the N.B. area, and punish them, in a way,” Eijkelestam said to CBC.

Each race in the series is held once a month, from January to June. Eijkelestam estimates about 45 runners showed up to the most recent run he organized in Fredericton’s Odell Park on April 23 for the ‘Odell Onslaught’.

Some of the imaginative names given to the events include Mazerolle Masochism, Hanwell Hammering, Horn Humiliation, and the Wonderfully Wicked Woolastook Whooping.

Eijkelestam’s next event (Horn Humiliation) will take place on May 21 at Crabbe Mountain, an alpine ski hill in Central Hainesville, N.B., 45 minutes northwest of Fredericton. You can check out more about the Sufferance Series on its Facebook page.