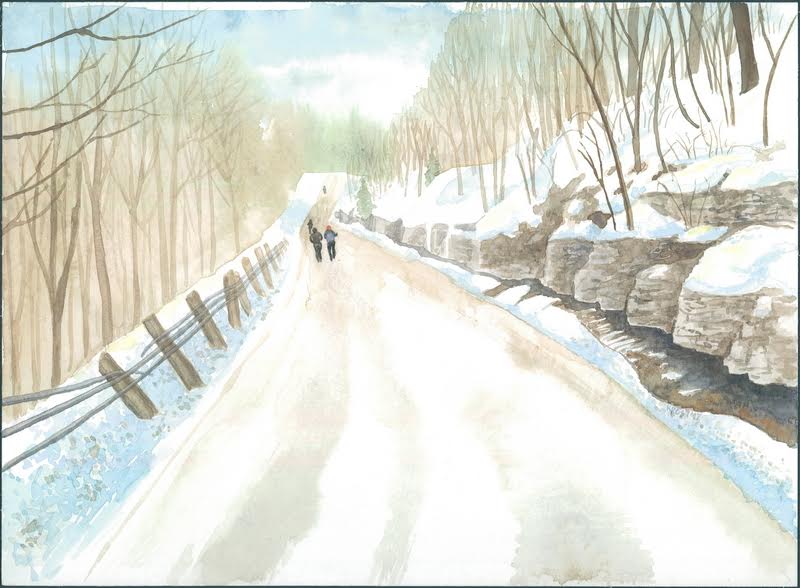 Late in 2016, Kevin Post, 38, got in his car and drove nearly two hours to a trailhead in the small town of Orangeville, Ont. That particular morning was an early start: Post was on time to meet his running partners for 8:00 a.m. sharp. “I think that was one of those days when I had trouble getting out there,” he says referring to his struggle with depression over the past three years. Running has played a significant role in coping when his mental health becomes turbulent. When he parked just near the trail on that morning, he knew getting out was for his own good. It was a gorgeous morning and he only stopped running to occasionally take photos of the winter scene.

It’s a good thing he did. An architect and artist by trade, Post was inspired by those images. “I thought that would make a good water-colour painting,” he says. After working for 15 hours cumulatively in his home studio, Post had completed the painting of his running scene. “Since then, I’ve been pushing more on the artwork,” he says. Painting –together with running–has become instrumental in dealing with his mental health struggles this year.

RELATED: How trail running helped me nurture my passion for drawing

In his water-colour scene, five runners face forward, making their way along on a snow covered trail through the forest. Any runner who is accustomed to trail running in winter will easily recognize the essential gear items: trail packs, winter running jackets and mitts. You can even spot the grippy outsole on the bottom of one runner’s trail shoe. While every painter has a unique style, it’s not just Post’s brushstroke and colour choice that sets him apart. In an online sea of landscape and portrait art, it’s not all that frequent that a painter chooses to focus on runners. 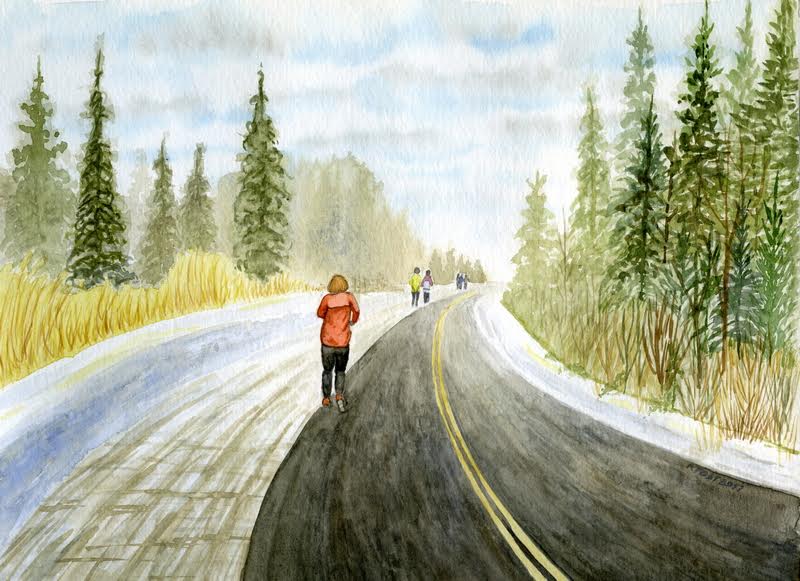 Coming to running as means to better struggles with mental health is a common theme in the running community. For that reason, a large percentage of runners would identify with what post has written in his artist statement for this particular image:

“Group trail running can be some of the most uplifting and empathic experiences. Conversations had during some these long trail runs (easily well over 10K) have helped me to form new directions and helped me heal from past events,” he writes. “Running and art are becoming a bigger part of my healing and finding myself after a few major disruptions.”

Those disruptions, he explains, followed one after the other. In 2014, he accepted that his marriage was over as he was separated that year. The following year, he sold his property– a condo he was living in in Waterloo, Ont. “From July 2016, I started slipping into another big depression after I broke up with another relationship. That messed up my mind a little bit to the point where I have a hard time thinking about it,” he says. He made the transition from Waterloo, Ont. to his current home and is also going through a career change at the moment. It’s a lot to process. “Over the last three years I have been dealing with depression. It has increased a little bit more,” says Post. 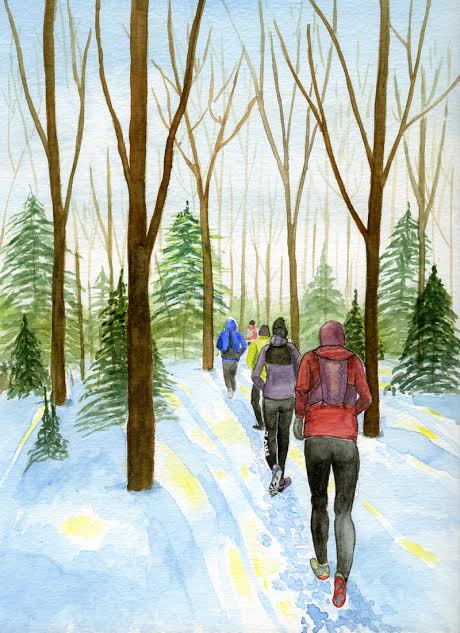 Post comes from an active family and ran up until university. Running became a natural way to manage his depression. “That’s when the running started to keep me going. I was dealing with these bigger life events,” he says, explaining that he often runs alone on the Bruce Trail or joins in with local groups. He has met many friends this way and they have come to be a strong support network. “I need to make sure I’m running. It’s one of the harder things to do because if you’re dealing with depression, you’re struggling with feelings of rejection,” he explains.

The long runs with other runners, he says, are particularly helpful. It’s during these high mileage runs that many runners connect and get a chance to talk at length about their lives. “Those deeper levels of conversation, everyone needs them but we are so distracted with technology that we often don’t get into them,” he says, explaining that the running community is a great place to find encouraging, non-judgmental people.

“I got back into running knowing I had to be around people,” Post explains. Hitting the Bruce Trail and getting on those trails clears his mind and helps him forget about day-to-day pressures. When he’s back, the views that he has absorbed inspire new scenes for his paintings and he sits in his studio, mixes water with paint and begins to work translucent pastel colours onto the page. After hours of focus, he has a picture, not dissimilar to the process and accomplishment felt after a big run.