He also made a navigational error and went wrong on the course at the fifth and final loop, coming in to the finish from a clockwise direction instead of counterclockwise. He finished having collected all the necessary pages from the course.

Conditions in the Tennessee wilderness were extremely cruel today as Robbins dealt with a thick fog and snow in the final stages of the race. It was these unfavourable weather conditions that caused him to make the error.

The scene from the finish line was silent when spectators realized that Robbins’ efforts had resulted in a DNF after 60 hours of racing and months of training. Robbins fell to the ground immediately after making it to the gate. While we captured footage of the scene, the dialogue can be difficult to make out.

“I went on the wrong side of the mountain in the fog,” he said, noting that he got all the pages. “I went the wrong way.”

When the fog finally cleared and Robbins could see what was going on, he had 3:57 to get in.

“He has all the pages,” said Lazarus Lake. And after a long, reluctant pause, he said “I’ll have to see where he went.”

“It’s okay if it doesn’t count, I understand. I went on the opposite trail in the fog,” said Robbins explaining that he could show where he went.

Robbins got all the necessary pages but went right on the last turn.

After his finish race director Lazarus Lake was able to confirm where he went. “You have to come in on the right trail anyway,” he noted. In other words, though Robbins missed the deadline by six seconds, he still would have been disqualified for coming in the wrong way.

The race director also confirmed that Robbins did in fact have all the pages collected. His race though, still counts as incomplete.

“Still, it’s a story for the ages,” Lazarus Lake noted. He noted that Robbins just made one mistake at the very end.

“Thank-you very much for another wonderful event,” Robbins said. 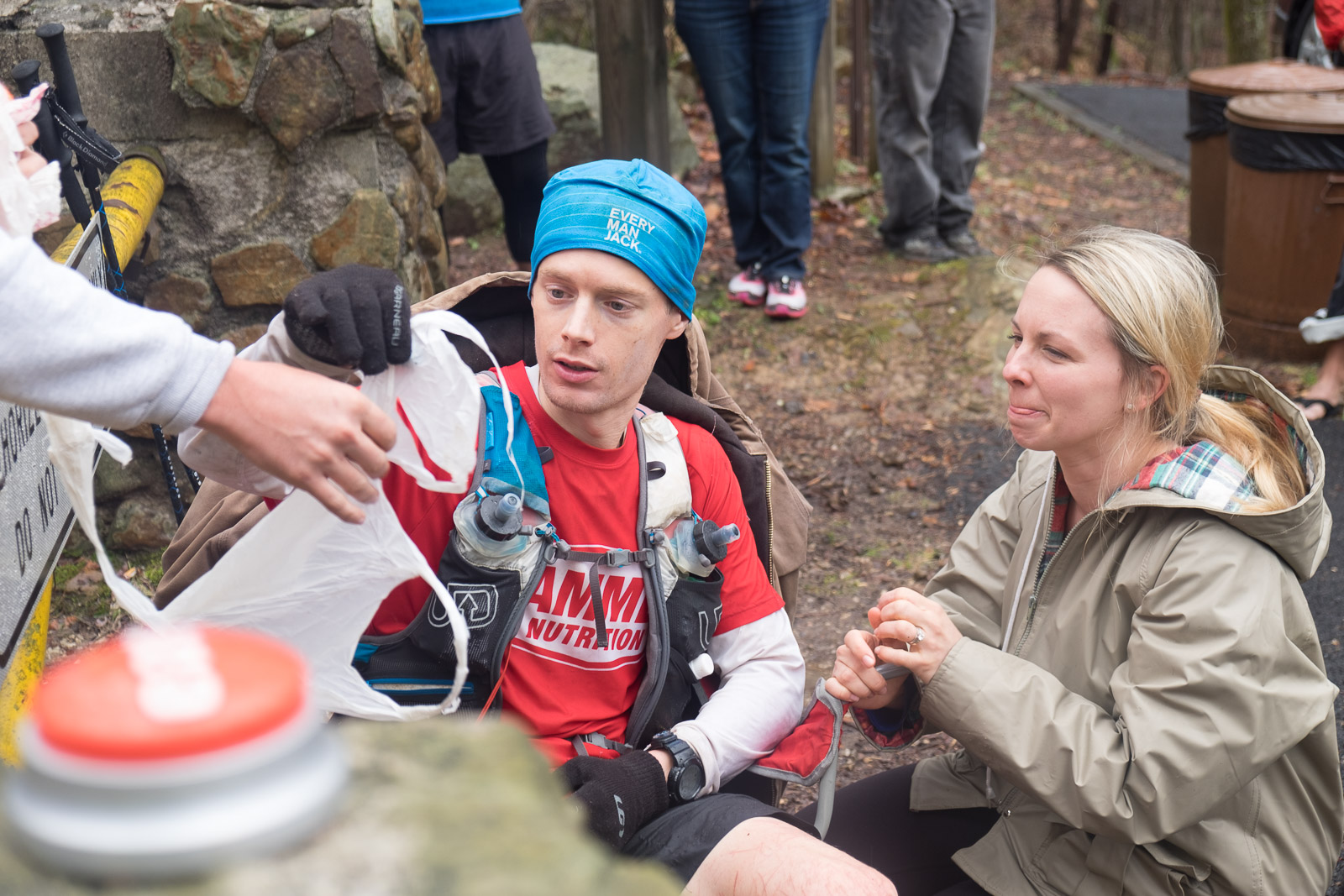 The race today which is arguably the toughest endurance event that exists did see a finisher– the 15th in its entire history. John Kelly finished in 59:30 despite having fallen asleep within the last hour and a half before the 1:42 p.m. cutoff. It was the biting cold weather that woke him up. He does not know how long he was asleep for.

Kelly finished in tears, looking like a broken man and wearing a plastic bag found on the course to help keep warm.

2017 Barkley Marathons coverage brought to you by Salomon.