Walking is a dirty word for many runners, and the idea of taking a walk break in the middle of a race is near blasphemy. That being said, members of the trail running and mountain running scenes know the pain of running up a steep incline, and have at the very least been tempted to switch their gait once or twice during a race. If this is you, take heart — it turns out that occasional walking when faced with a steep hill may actually be a good idea.

Some of you may be thinking that when you’re running up a particularly challenging hill, your pace is slowing down so much that you’re practically walking anyway. But is this actually walking? The basic definition of running dictates that there is a moment during your stride where both feet have left the ground. On steep inclines, this typically does not happen. You always have one foot on the ground, suggesting that you are, in fact, walking.

Despite this, researchers from the University of Colorado insist that there is still a distinction between walking and running up a steep hill. In a study recently published in the European Journal of Applied Physiology, the research team had 10 elite trail runners walk and run on flat ground, then on a specialized treadmill set to a 30 degree incline (for reference, a typical treadmill only goes up to about nine degrees).

RELATED: Why it’s better to do hills at the beginning of your run

But that still leaves one question: is there a time and place for walking during a race? The researchers did another study to answer this question, which is still under review. In this second study, they recruited another 10 elite runners and had them run at various inclines to determine at which point they switched from running to walking and vice-versa. 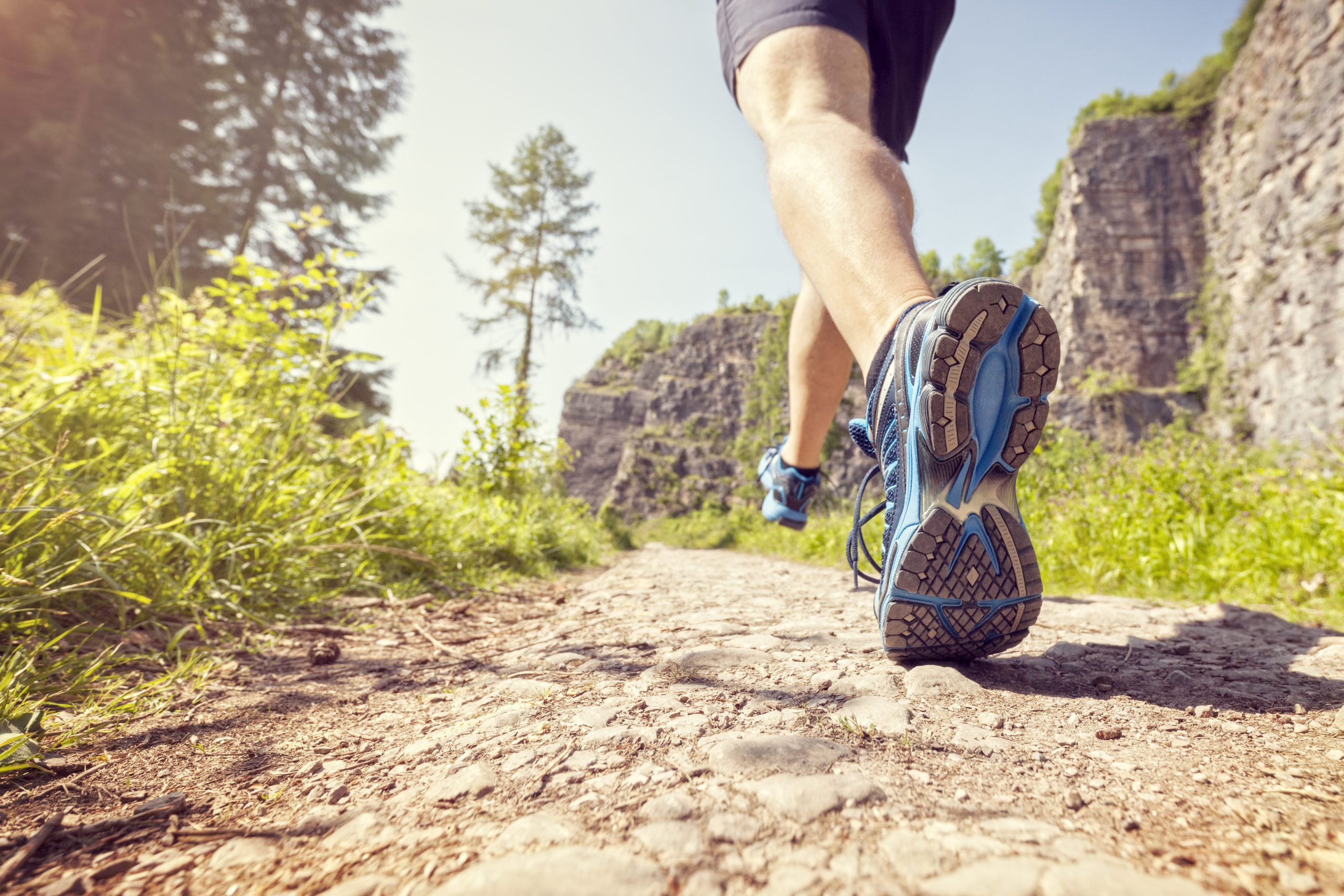 The researchers noted that humans prefer to walk at slow speeds and run at fast speeds, but in between those paces there is a speed at which people choose to transition between a walking gait and a running gait. This is called the Prefered Transition Speed (PTS). Basically, it costs less energy to walk at slower speeds and run at faster speeds, but there is a transition speed called the Energetically Optimal Transition Speed (EOTS).

The researchers found that at slopes of up to 10 degrees, the runners switched from walking to running. Interstingly, their running pace was actually slower than their walking pace. The reason for the switch is likely because running at a slower pace was more comfortable for their smaller muscles like their calves or shins, even though running was energetically less efficient. At even steeper inclines of 15 degrees, the subjects switched from walking to running as soon as running became more efficient than walking. Why? Because going up a steep hill is hard work, so you instinctively do what’s most efficient.

Of course, running on a mountain is different than running on a treadmill. In this scenario, you will likely oscillate between walking and running gaits, depending on the incline and the terrain. Anyone who has done a particularly challenging trail race has probably had this experience. Essentially, you walk until your legs (particularly your calves) get too uncomfortable, then switch to a run. Eventually you begin to run out of breath, so you switch back to walking. Elite ultramarathoner Kilian Jornet is no stranger to this transition.

The takeaway? If you’ve ever walked up a hill during a race and felt bad about it, you can relax. In some cases, walking is actually faster and more efficient than running. As of now, there is no definitive answer as to how often you should switch between the two gaits, so your best bet the next time you’re tackling a particularly long and challenging climb is to listen to your body and do what feels right.

RELATED: 5 lessons road runners learn when they move to the trails