Barry Barkley of Shelbyville, Tenn., for whom race director Lazarus Lake (aka Gary Cantrell) named the Barkley Marathons, died on December 5. An obituary in the Shelbyville Times-Gazette says Barkley “loved the outdoors, playing pool, and his animals.”

Here is the link to Barry Barkley’s obituary. #BM100https://t.co/hS7Z4Xbc0r

We reach Laz by email. He offered the following on his friend’s passing:

“the ultramarathon community lost one of its own this week,
with the passing of barry barkley (70).
most only know of him indirectly;
from the race that bears his name,
but he has been a quiet contributor to the sport for the past 42 years.
it was always his preference to operate quietly in the background,
but he did get enjoyment from the notoriety of his namesake race.
since 1979 literally thousands of ultrarunners have met barry at the races.
only a handful ever knew who he was.
that was how he wanted it.
barry barkley will be sorely missed.” 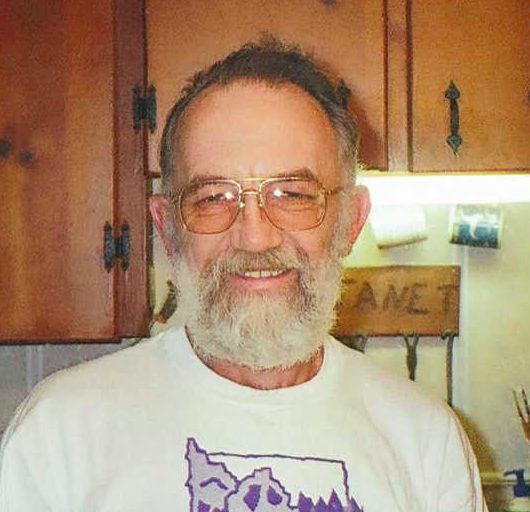 A reddit.com thread on Barkley’s death was started by Barkley’s nephew two days ago.

Barkley’s photo shows he bore a marked resemblance to Laz himself, who started the race in 1986 after hearing about the 1977 escape of James Earl Ray (the man who killed Martin Luther King, Jr.) from Brushy State Penitentiary. After more than two days on the lam, Ray had only covered 13 kilometres before being re-captured. The former ultrarunner Laz, who knew the area well, is said to have responded, “I could do at least 100 miles,” and created the race, naming it for his friend, neighbour and running partner. The race course goes through the grounds of Brushy State, which closed in 2009.

RELATED: Laz Lake is planning another very long walk in 2021

The race is a notoriously difficult 100-miler, with a number of quirks that set it apart from any other race on Earth. It involves five laps of a 20-mile loop that many believe is significantly longer than 20 miles, along an unmarked course that changes slightly every year, with huge elevation gains and losses. GPS are not allowed–Laz issues each racer an inexpensive watch that shows only the time, counting down from the 60-hour cutoff. Cheating is impossible, since runners must present specific pages torn from books hidden along the course, in order to start the next lap. Runners can replenish their water stores at two locations, but otherwise there are no aid stations–they can meet their crews only between loops, back at camp in Wartburg, Tennessee’s Frozen Head State Park.

The last person to finish the race was John Kelly, in 2017. (Kelly returned in 2019, but did not finish. In 2018, he crewed for Canadian Gary Robbins, who has attempted the race three times. Robbins is believed to be planning another attempt in 2020.)

No woman has yet finished the race.

(Barkley’s obituary incorrectly stated that Barkley was one of the 15 finishers.)

Barkley, a retired supervisor with Tyson Foods, was born in Arkansas. His wife Janet died in 2013. The couple had two children and four grandchildren.