The trail running world looked on in amazement last weekend as Jim Walmsley crushed his third straight victory (and third straight sub-15 finish) at the Western States 100 in California. Canadian Running had a chance to chat with him on Thursday, five days post-race, when he was back at home in Flagstaff, Ariz. and recovering. Now that the racing world is slowly returning to a semblance of normalcy, we wanted to know more about how he prepared himself, how he recovers and how he plans to conquer his next big race – UTMB. 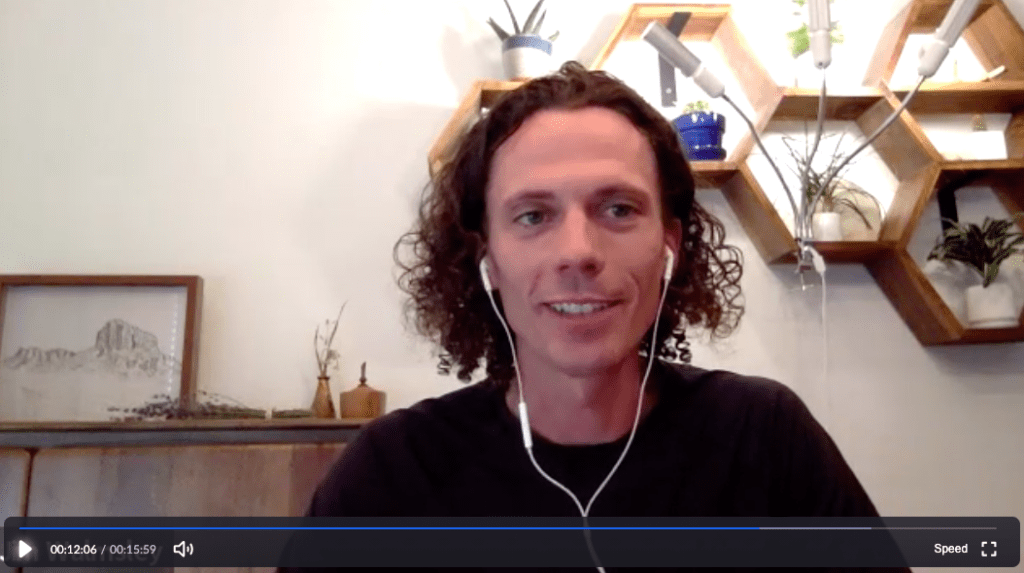 JW: Mainly it looks like a couple of days off. I took three days off, then I ran four miles with my partner Jess yesterday, and the rest of the week will be just trying to do lower miles, but very easy and casual. After the three days off, it’s more about stimulating the legs to fully come back. I say each race needs its own recovery plan, and it kind of just depends how it goes – how you react throughout the race, how deep you dug, and whether your nutrition goes well or not, are all going to be factors in how long it’s going to take to come back. Yesterday I felt good on the run, so I’m pretty optimistic that my legs will feel really good by next week. But you also have to be very careful – sometimes your legs come back before your energy level comes back, and you can do too much too soon, and all of a sudden it’s three weeks later before you realize, I’m really tired! So it just needs some patience.

CR: What do you think was the main factor that contributed to your performance this year?

JW: I think focusing on the little things, not necessarily worrying about the running side of it as much. I wasn’t able to get in as many miles as I usually do, because of an IT band [issue] that was lingering through this training block, so I put more time into strength work on my lower legs, my glutes, my hamstrings, my calves, my quads, and then in addition, stretching. I would also say heat training – I’ve been heat training pretty early, in the sauna, for this race, and in the last week or two before the race, we had a big heatwave here in Arizona. Phoenix is just two hours south of here, and my family still lives there. I got to go spend some time with my sister, and it was very, very hot down in Phoenix, so it was perfect timing for the race.

RELATED: Jim Walmsley opens up about injury ahead of Western States 100

CR: Tell me more about this IT band injury that came up before the race?

JW: I haven’t had an injury pop up in such a long time, and the timing was pretty poor. Maybe 10 weeks out, I was doing 30 miles a week of running. Training had been going good – it had been consistent, I hadn’t been increasing anything in my training beforehand, and it kind of came up randomly, which is frustrating. I’m not sure what caused it. It took a lot more time and energy to focus toward making sure that it didn’t unravel and get worse throughout the training block.

I say this was one of my more professional training blocks in that regard, and time management – being able to get everything in. Also staying home, and running from home, as opposed to driving to different trailheads or driving to warmer places, like the Grand Canyon is usually where I do a lot of my training for Western States, and I’d only gotten in there twice before Western States this year, and usually I’m down there almost twice a week. So it was a lot different than normal, and that threw things off, but that’s where you kind of roll with the punches, and just try to double down on what you can do — heat training, strength work, and vertical climbing became more my focus. Nothing was flat, there was no speedwork. I just focused on what I could do.

CR: And did it bother you during the race?

JW: Not during the race, at all. Today, after yesterday’s four-mile run, is the first time I’ve felt it since the race, so it’s not completely gone. But hopefully today I can get back into a bit of a strength routine. I think strength training has helped me the most with tendonitis issues, and this one is no different. Usually I struggle with Achilles tendonitis, and I have to do calf work, but the IT band has a lot more muscles involved. It’s about a 40-minute routine I have for strength work.

CR: What was the most rewarding aspect of this year’s race?

JW: We’re back to racing! I’m back at Western States. Seeing everyone again. And the capacity of how open we were able to hold the event. I don’t think there will be another feeling like that. It’s a big relief, however I’m not sure what the future entails, what’s going to happen, and whether things are going to go backwards at all, or if we’re out of it for good. But it’s really nice, at least to have a moment where the timing worked out, and where we could safely do everything, and everyone felt comfortable coming outside and getting into Auburn. Of my three wins and four finishes, this is by far the most people that were lining the streets in Auburn – over the entire last mile, people were shoulder to shoulder, and sometimes multiple people deep. It was crazy!

CR: And you were able to take that in, after 14-plus hours of racing?

JW: Yeah! I finally found a split at mile 96 from my crew at Pointed Rocks, where they said I was 80 minutes [ahead of the next runner], and I’m like, are you guys being serious with me, or do I really have 80 minutes right now? I had six miles to go, and they said, you have 80 minutes. You just need to get to the finish line. And I’m like, all right. And at that point I was able to sit down, take care of myself, more so than 2019 or even 2018, when I was first trying to beak the course record. And from there, I got to savour quite a few moments. Being lucky enough to build up that sort of lead made it a really special finish.

CR: What’s next on your race calendar?

JW: So that kind of leads into what I’m doing after this, and why I’m already jogging a little bit — in about seven and a half weeks, I’ll be toeing the line again for another 100-mile. I’ll be doing UTMB. I just bought my tickets last night. So that’ll be my first time racing UTMB since 2018. In 2019 I got over there for a couple of different races, and spent only one day in Chamonix. It’s a special place, and so far it’s been a hard puzzle for me to crack, that’s different from Western States and different from a lot of other ultras I’ve done. It’s the furthest, time-wise, that I’ve run, But I feel like the break for me, from UTMB and from racing, and the experience I’ve gained in the last few years, have put me in a really good position to try to figure out UTMB this year. I’ll be going to Colorado next week to start training out there, at even higher altitude than Flagstaff, and bigger mountains. Here in Flagstaff we have a couple of mountains, but in Colorado, the diversity of mountains you can go climb – it’s massive.

So it keeps training hard, difficult and entertaining, and you definitely need a pack in order to survive the longer days out there, and you need a pack at UTMB. I guess what Colorado also has that Arizona doesn’t is water, so I can filter water as I’m going, which makes long runs more sustainable, and quite a bit cooler – whereas here, training for Western States in May/June, I sometimes stashed water up in the forest, just so I have places I can link together, bigger routes. It becomes very warm and dry here very early, in Arizona.

CR: So when you talk about UTMB being so different from races like Western States, is it the size of the mountains and the length of the climbs?

JW: No – first and foremost, everyone’s running through the night. It starts at 6 p.m., so you’re using headlights. Another thing would be, for those of us in the U.S., on the male side, we’re not racing with packs too often here, domestically. Racing with a pack has been a learning process. The first time I ever raced with a pack was UTMB in 2017 – like, I didn’t know what to do with it. Actually, a lot of my training for Western States this year was in a pack, just to carry more water on my runs. So I’m feeling better about that.  The weight that you have to carry on your person, because of the mandatory gear, changes things up. And then, getting used to running just a little further, time-wise. And the climbs over there are pretty unique – how long you’re climbing and how long you’re descending, temperature changes from the cities to the mountain passes… I would say it’s a bit more technical, you need to incorporate hiking into your training plan, because you will be hiking and you’ll need those muscles, so training a more specific pace for UTMB is different than a 14-hour Western States.

CR: Do you use poles at UTMB?

JW: I’ve used poles, both times I’ve raced – even in 2018, I used fixed poles, which are half the weight of collapsible poles, but they don’t fold. I feel comfortable with poles, but with the training I’ve done and how I’ve developed as a runner, I’m feeling more confident about not running with poles this year. So I’m planning on training in Colorado without poles, and that’s going to be plan A, and we’ll see, maybe I’ll change mind between now and then, but plan A is no poles. I think it streamlines my vest, my kit, my pockets, what I can use, and my hands – I’m more comfortable with it. I’ve developed more strength as a runner, and I think I can pull it off, so I’m going to follow my gut.

CR: Jim, thank you for this, and best of luck with your training and at UTMB.

RELATED: How Jim Walmsley broke his own record at Western States