U.S. ultrarunner John Kelly has set a new record for completing a round of the Wainwright fells 214 peaks in the U.K. The challenge involves 36,000m (118,110 ft) of ascending across 523 kilometres. He posted a time of five days, 12 hours and 14 minutes–11 hours faster than the previous record set by Sabrina Verjee in June 2021.

It was sweet redemption for Kelly, as he arrived back in the town of Keswick, on Saturday evening, after running 523 km (320 miles) over the 214 Lakeland peaks. In July 2021, Kelly had to abort his Wainwrights attempt after suffering a foot injury. 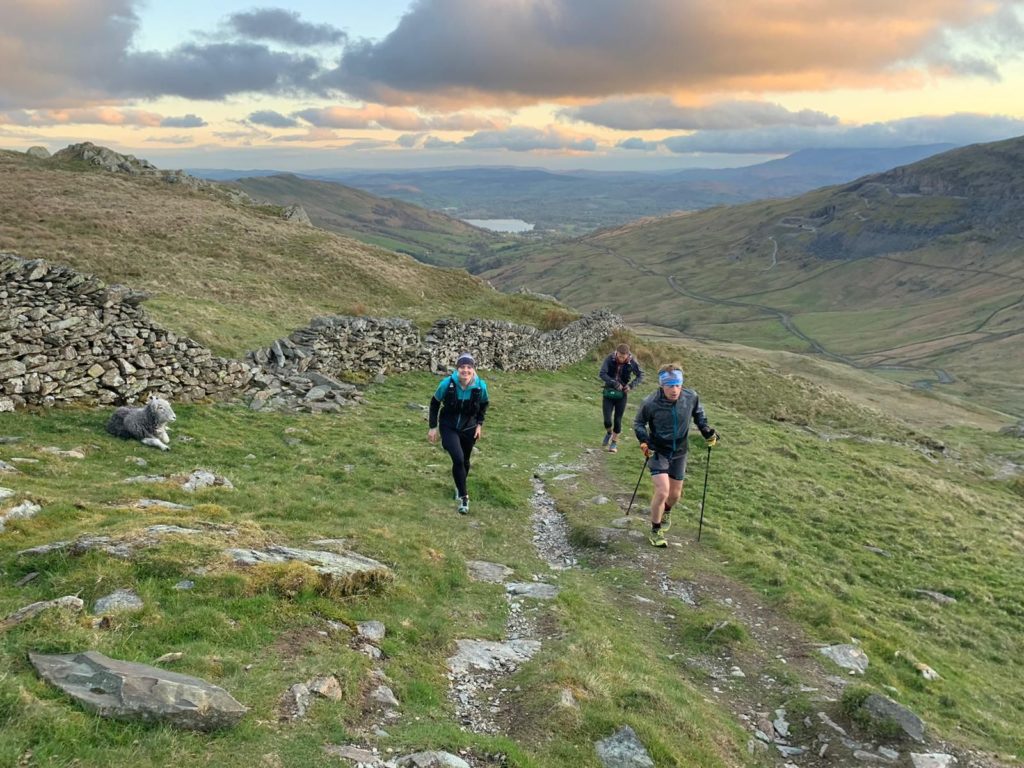 The Wainwrights consist of 214 mountain peaks inside Britain’s Lake District National Park–all peaks except one are taller than 1,000 feet (304 metres). Traversing all the Wainwrights in one consecutive run involves 523 kilometres of distance and ascending 36,000 metres. Since Alfred Wainwright’s Pictorial Guide to Lakeland Fells was published in the 1950s, summiting these peaks has become a goal for many British ultrarunners. The rules of the Wainwrights record are simple: runners must start and finish in the town of Keswick, located in the national park, and they can take any route, as long as they summit each of the 214 peaks.

Kelly, 37, is famous for being the last man to complete the Barkley Marathons in 2017. There have been no finishers of the race since. At the 2022 Barkley, Kelly completed the fun run (which is three loops) before bowing out.

This Wainwrights FKT marks Kelly’s 10th as an ultrarunner. He also has the fastest known time on Pennine Way National Trail (northbound and southbound), The “Big Three” Rounds and across the Great Smoky Mountains, which border Tennessee and South Carolina.