If there’s one thing that separates trail runners and road runners it’s…well, it’s many things. However, the acceptability of listening to music (or podcasts) on the trails can be contentious within the trail running community. Many trail runners state that it’s a hard “no,” while others want the option of singing along with Ariana Grande in the mountains. Trail runners are generally an inclusive and supportive bunch, but when it comes to our ears, we are somewhat divided. 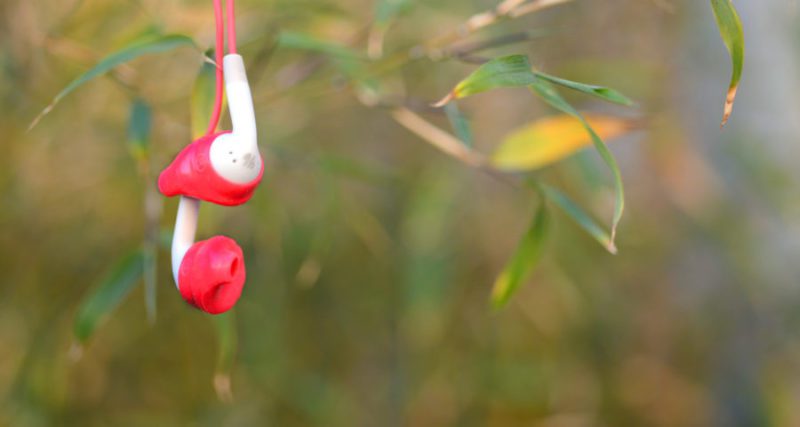 Whether you’re wearing wireless, supra, earbuds, canal, bluetooth–Taylor Swift or The Joe Rogan Podcast, the question remains if you should be listening to anything at all. Those who say no to headphones in the forest argue that the sounds of nature are everything they need. Anti-headphonites also advocate for safety in the trails. In racing or training, it is crucial to what is happening around you. For example, mountain bikers descending fast from behind, a fellow racer shouting at you for going off-trail, or the sounds of a mama bear and her cubs up ahead.

For some, music is life (or other audible distractions). These people are in Dire Straits without their beats. Getting lost in or out of your head on a long run is the best part of their week. In training, it can help run hard during a trail tempo. In racing, it can be a special reward after running many kilometres in silence. For example, many runners save their favourite album for the last section of the race as motivation to get them to the finish line.

The debate does not have to be a hard yes or no. If you love your tunes and also the sounds of nature, you can have the best of both worlds. You can have your Earth, Wind, and Rihanna all at once. Many runners opt for one earbud in and the other out. The best of both worlds can also help keep you safe, especially if you are using a navigation app such as RunGo, which tells you where to turn in the trails. Other trail runners use headphones that cancel out ambient noise, which helps keep them aware of their surroundings.

Team do what you want

Most dirtbag trail runners will accept and support you regardless of what you choose to put in or keep out of your ears. They want to run, talk about trails and routes, and then run some more. Sharing their love for the trails outweighs any potential judgement.  Some may even replace fancy headphones with the sounds of their own voice, and just sing to you in the trails anyway.

In popular trail and ultra races such as Western States 100, Hardrock 100, and UTMB, there are no policies stating runners are not allowed to wear headphones. However, may races state that listening to music during the event is not recommended, or “frowned upon,” due to general safety concerns. 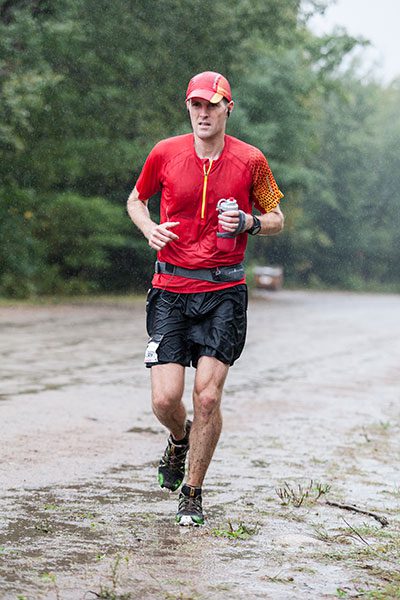 For some, trail running and music go hand in hand. For others, they want to keep it real and minimalist. Whether you’re listening to the sounds of waterfalls, or chasing them in silence, just make sure you’re not the jerk blasting a bluetooth speaker on a popular trail on Sunday morning.