This year’s Canadian Death Race, a 125K trail ultra near the Alberta–B.C. border that starts at 1,280m of altitude, crosses three summits, features more than 5,000m of elevation gain and a river crossing, saw its first-ever visually-impaired relay team enter and complete the race last weekend.

Diane Bergeron, Peter Field, Richard Marsolais, Bronwyn Funiciello and Shelley-Ann Morris, all triathletes in their 50s, all from Ottawa, all visually-impaired and and each running with a guide, did not receive an official time, but all members completed their assigned legs of between 19K and 38K. (Each leg has a cutoff time, and if missed, the next runner will be sent on regardless. This puts the team in a “forced start” position that allows them to complete the full distance.)

“We are so very proud of that,” says Bergeron, the team leader, who conceived the idea 18 months ago and put the team together, with the help of her guide and friend, fellow triathlete Cheryl Vordenhout of Edmonton. “What a fantastic experience. We knew there was a chance we might not finish, but we all completed every inch of our assigned legs.”

Some of the blind team and guides who finished a 125-km race in the Rocky Mountains last weekend enjoyed recovery drinks from our race sponsor @blindmanbrewery . So good! pic.twitter.com/RAwUFXTf6T

Six teams out of the 78 that started (including the visually-impaired team, named Now You See Us, Now We Don’t”) ended with “forced start” status. Four other teams DNF’d.

“When Bronwyn came in after leg one, all she could say was, ‘oh my god,'” says Bergeron. “In this race, trip hazards are everywhere. Loose rocks, tree roots, mud… The ascents and descents are just a matter of fitness, but the footing was extremely challenging.” 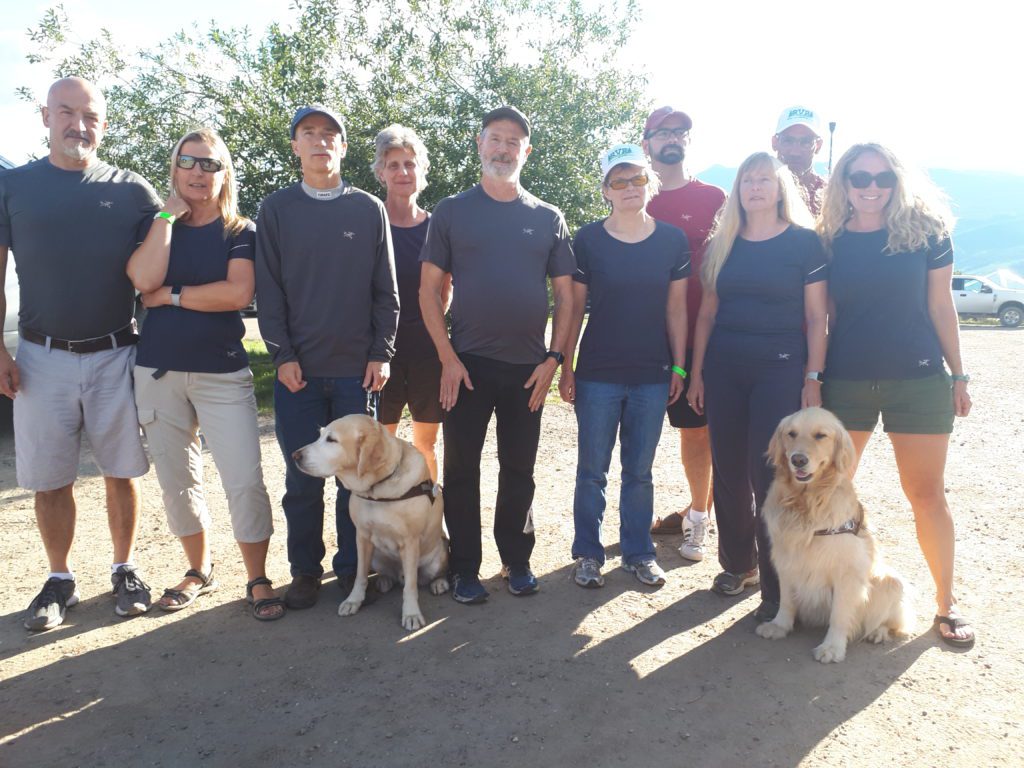 Bergeron had the chance to run a couple of legs of the course during a training camp for the event, and warned her teammates the course was difficult and they would likely fall. She told them to just get up and keep moving forward, even if they were hiking more than running. Amazingly, there were no race-ending injuries, despite a few rolled ankles. “There’s an award for ‘first blood drawn,’ but none of the visually-impaired athletes qualified,” Bergeron joked.

When Field was not able to finish the 27K leg two within the allotted four and a half hours, Morris and her guide were forced to start leg three without their timing chip. Knowing they, too, could not possibly finish the 19K leg three in the allotted hour and three quarters, the team relaxed a little. They got back on track when Marsolais completed leg four ahead of schedule, and Bergeron started the anchor leg on time. The team managed to cross the finish line 24 hours, 55 minutes and 57 seconds after they started, even though their time doesn’t count due to the two forced-start legs. 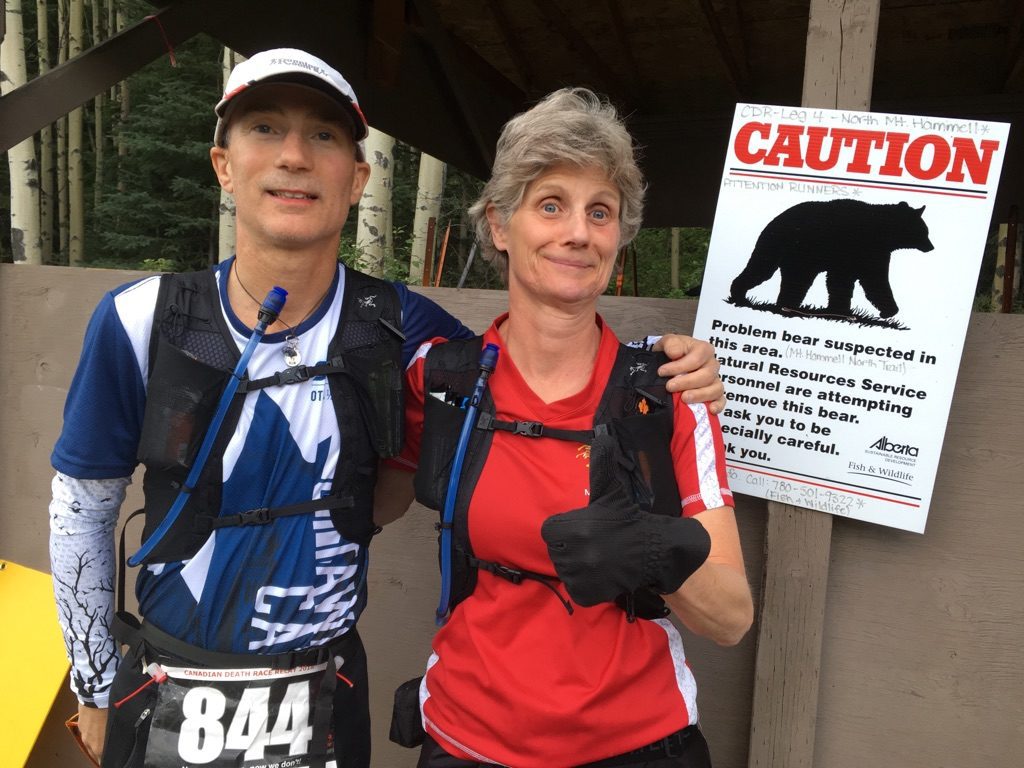 “We didn’t do anything differently than we usually would, for the visually impaired runners,” said race director Brian Gallant. “We respected that they want to be treated the same as everyone else, and that they want to compete shoulder to shoulder with the other runners.”

Bergeron says the race organizers never expressed the slightest hesitation about having them race. And the local Edmonton ultrarunning community generously found them sponsors and a van.

Morris describes the race as “life changing,” and said, “The support we received was key. Had it not been for our guides, the Edmonton trail running community and our teammates, it never would have happened.” Morris’s next challenge will be Montreal’s Rock ‘n’ Roll Half-Marathon in September.

The race is a qualifier for both the Western States Endurance Run and the Ultra-Trail du Mont-Blanc (UTMB).