Canada’s National Trail Running Team had a successful day at the 2019 Trail World Championships in Miranda do Corvo, Portugal last weekend. On June 8, nine Canadian endurance trail runners toed the line for the 44.2K race with 2,200 metres of elevation gain. Regardless of a few race tumbles, cuts and bruises–Canadians ran and finished strong overall.

According to team captain Nick Elson, “The course was really interesting, with a mix of fast running, and some really slow, technical sections with bad footing. I thought it was a good course for a trail world championships because it required a bunch of different skills to do well. Also, it was technically an ultra (44K), but short enough that it attracted a lot of really strong shorter-distance mountain runners.”

Team Canada ranked ninth for the women’s team race and 27th for the men’s. All five Canadian women who started, finished. Kim Magnus  was first Canadian female to finish, racing to 25th female overall. And Sarah Bergeron Larouche, Kathryn Drew, Meggan Franks and Allison Thompson reported having a strong day, despite some falls. 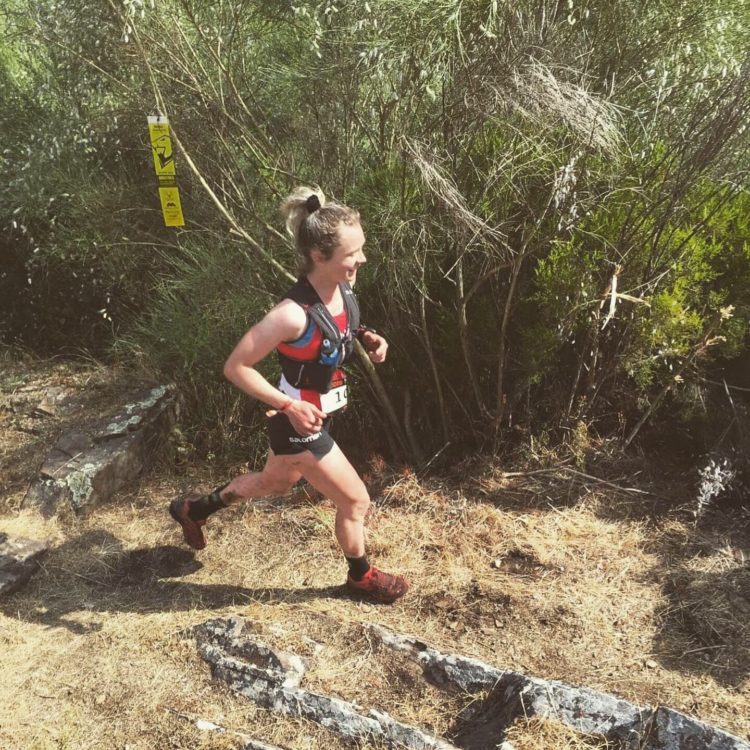 The men’s race was tough, and Elson finished less than 10 minutes from the top 10. He was not only first Canadian, he was top North American finishing 34th for the men’s race. At one point he was running with the fifth-place finisher Nicolas Martin. At around 16K, Elson felt like he had limited energy remaining for the more runnable climbs. Similar to his Zegama Marathon race a week earlier, Elson struggled to find a faster gear for his legs. Still, he was happy to finish.

Rémi Leroux finished 141st in the men’s race. He “would’ve liked to run faster and finish in the top 100 but overall I’m really happy with my experience at my first world championships; I never ran a race with so many people cheering and I really liked being part of a team.”

Eight out of the nine Canadians finished the race. Unfortunately, Seth Marcaccio dropped, due to a previous back injury and a fall mid-race. The Canadians felt proud to be part of a team. Regardless of their individual experiences, it was exciting racing as a team on new trails.