Phil Troyer and Lisa Lauzon were attacked by three grizzly bears near Grande Cache, Alta. on June 30th while training for the Canadian Death Race. Troyer and Lauzon had passed their training partners when they encountered the bears.

Most bear sightings lead to the animal turning away, however for Lauzon and Trover, the bears didn’t back down.

A few weeks removed from the incident, Lauzon gave her thoughts on running and the event that took place.

Lauzon said, “I will forever hear the sound of the grizzly in my head. I’ve never been that close to death before.”

Since the incident, Lauzon has gone back to the spot where she came close to death. “We’ve gone back because we have to run past the spot in my upcoming race. On my way there, I was worried I would have a crisis once I arrived. But it was a beautiful day, and a beautiful place on the trail. Because I was with a group of 10, I wasn’t worried.”

Lauzon continued, “I don’t want this incident to take away the peace and love that I find when I’m running in the mountains, and I don’t think it has. It’s important to get out there now and not let fear fester in my brain.” 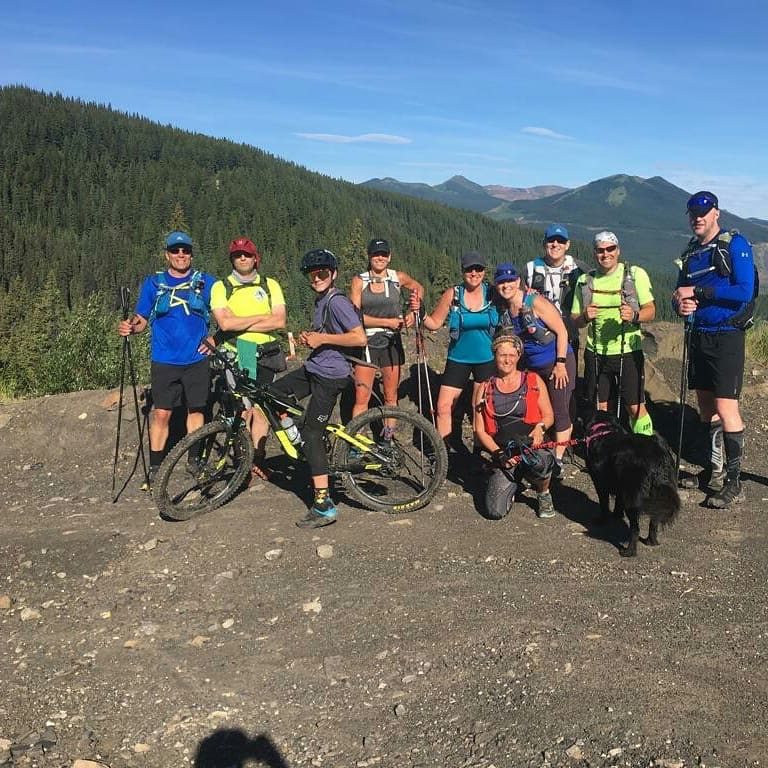 Lauzon lives in Grande Prairie, Alta. and owns a running store there. Since the incident she has begun hosting bear spray classes to educate runners on how the product works. She said, “Bear spray saved our lives. It’s extremely effective when used properly. Everyone carries it, but so few people have actually used it.”

She continued, “One of the scary parts is that you discharge the entire can of bear spray before you’re sure if it will work. The bear has to be very close for it to be effective – roughly 10 to 30 feet. That’s a lot closer than most of us ever want to be.”

When Lauzon and Troyer were in the process of escaping the bears, Troyer accidentally sprayed Lauzon. Bear spray is supposed to render you immobile for 45 minutes and then wear off, however, for Lauzon she wasn’t effected until she got off the mountain. Had it effected her immediately, she might not have been able to escape the bear. She said, “It should render you useless, but it didn’t hit me for a few minutes. That was a miracle. It was a day of miracles.”

Lauzon is looking forward to the Canadian Death Race and continuing to run on her local trails. She insists that her story is a cautionary tale, but not intended to discourage runners from getting out there and being active.

You can find Troyer’s thoughts about the event on his blog.