Canadian university cross country returns to action this weekend, and all programs have started prepping their teams for the first meets in the next couple of weeks, before their conference championships in late October. This is our pre-season prediction on the top five men’s and women’s teams in the country, in addition to a couple of athletes to watch for this season in their respective conferences.

Cross-country is a highly variable event, but here’s how Canada’s top university teams stack up in Canadian Running‘s projection of the U Sports Cross-Country Championships, based on personal bests, past race results, and national experience.

This is how our rankings will work – If a team is winning, they will climb the rankings. If a team is losing, they will slide. The beauty of this exercise is that it’s a fluid process, and the standings will continue to change, they will be different in our next mid-season power rankings before conference championships.

Could it finally be the year for the Mauraders? Well, they are loaded with talent and potential but it’s a long season ahead. Veteran’s Max Turek, Josh McGillivray, Alex Drover, and Sergio Raez Villanueva all return from 2019 to help lead the team to glory. McMaster has a seriously deep top five that has struggled to deliver at U Sports in past seasons. Andrew Davies, who won the U20 Canadian XC championships in 2019, will be key for McMaster this season after running 14:11 over 5K on the track last fall. Outside of their top five, Evan Ubene, Sam Nusselder, Matt Markson and Henry Gage are fast milers that could step into the shoes of the top five come November. McMaster’s first look at XC competition is on Sept. 25, at the Western Invitational in London.

This Rouge et Or team is led by two studs in Thomas Fafard and Jean-Simon Desgagnés, who are favourites to compete for the individual title on their home course of Plains of Abraham in Quebec City. The last time Laval University hosted this race was in 2016 when they were crowned national champions. Félix Lapointe-Pilote was the RSEQ Rookie of the year in 2019. Desgagnés is coming off a great summer track season, making his Diamond League debut in the 3,000m-steeplechase this summer, and ran a personal best in the 3,000m three weeks ago. This team is packed with talent and has a home-court advantage, which makes them strong contenders for a podium finish in November. They will begin their season at the McGill Open in Montreal on Sept. 18. 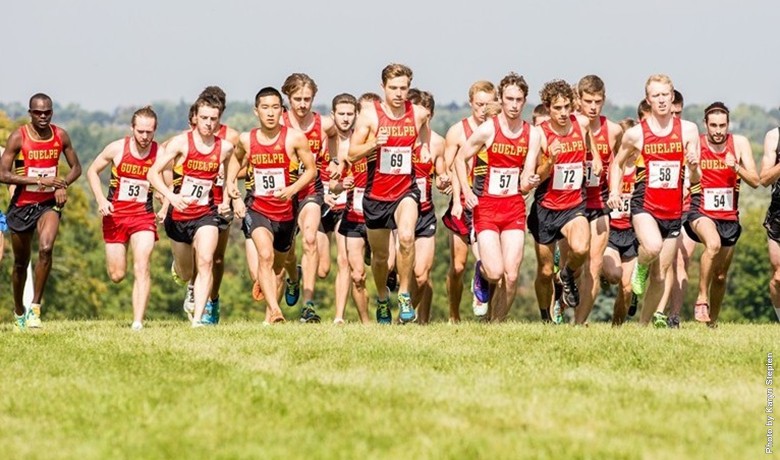 The Gryphons have lost several top talents on their men’s team but have a new head coach and several talented athletes to fly under the radar this season. Coach Terry Radchenko comes from building a successful University of Toronto program, into a strong Guelph team looking for direction. Veteran’s Kyle Madden, Nick Bannon and John Perrier will strive the lead this team to back-to-back OUA championships. Perrier was 11th at U Sports previously and will look to improve on his performance this season. Defending OUA champion Mitch Ubene will have the chance to defend his throne this season in London on Nov. 6. Ubene followed up his conference win with a second-place finish at nationals, and will confidently be in the mix for the podium this year. Guelph might be the only team that has the weapons to beat McMaster this season at OUA’s. Guelph will go up against McMaster on Sept 25. at the Western Invitational.

The UBC Thunderbirds should mop the floor in the Canada West conference, adding a stellar recruiting class since their last cross country competition. Although 2019 U Sports champion Kieran Lumb has graduated, the reigns have been passed along to Tyler Dozzi, who finished within the top 25 in 2019. The Thunderbirds added U20 world 3,000m finalist Dylan Ulrich to their roster to help them chase a podium position at U Sports this fall. Pressure will be on veterans Rhys Kramer and Thomas Nobbs to lead UBC toward a podium finish on the Plains of Abraham in November.

Rounding out the top five is the Golden Bears led by three veterans Ben Workman, who used to run for Guelph Gryphons, Brendan Simone and Riley Stuermer. These three athletes have U Sports experience and have all run fast times over the pandemic. Outside of the three, Alberta has a very young team with a lot of potential in a weaker Canada West conference.

Athletes to watch for U Sports title:

Although the landscape of the women’s conference has changed since 2019, some of the top Canadian teams from 22 months ago are the same schools with the best opportunities to compete for the November title.

Laval has a solid program across the board. The Rouge et Or women’s team has an excellent depth that should challenge for the U Sports championship. Veteran Jessy Lacourse leads the squad, running 15:44 for 5,000m this past summer on the track, and Anne-Marie Comeau comes into the fall after a solid summer season. Other team veterans Catherine Beauchemin and Jade Bérubé were present for the first national team title, which they won in 2018. Lacourse has a chance to win the overall women’s title, but overall their top five are as solid as it gets and will be difficult to beat all season.

This women’s team has a lot of potential with a new coach in the mix. In 2019, they were second to Queen’s at OUA’s with three rookies placing inside their top five. It will be interesting to see how Cameron Ormond, Olivia Roussel and Annika Ariano return to form after a successful rookie season. The Gryphons are favourites to win the OUA Championship and could spoil Laval’s homecoming party in November. Their first action will be at the Western Invitational on Sept. 25. 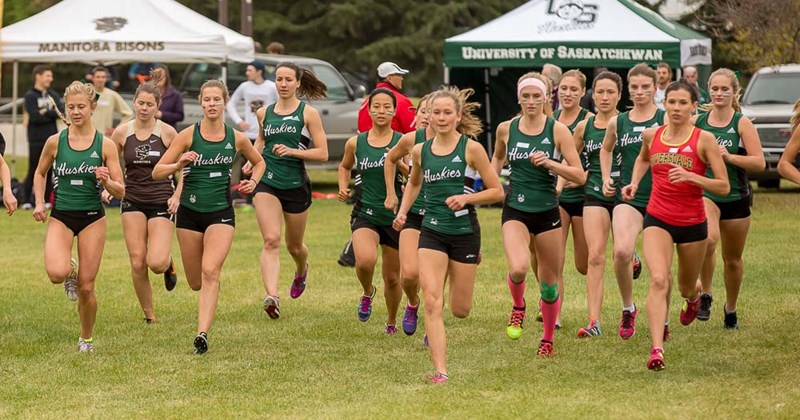 This team is poised to unleash a storm on the Canada West conference this fall. Courtney Hufsmith, Allison Grajczyk-Jelinski, Kaitlyn Harrison and Natalia Bidulka all return from the previous team that finished seventh at U Sports in 2019. Hufsmith is coming into the season in shape, running a 4:14 1,500m a few weeks ago in Memphis to end her track season. She was second at the Canada West XC championships in 2019 and will look to upgrade her silverware to gold this season. Avery Pearson, who recently finished seventh in the recent U20 World Championships, will certainly make an impact for this team in her first year of competition. If there is a team that has that artillery to take down Laval, it is the Saskatchewan Huskies. 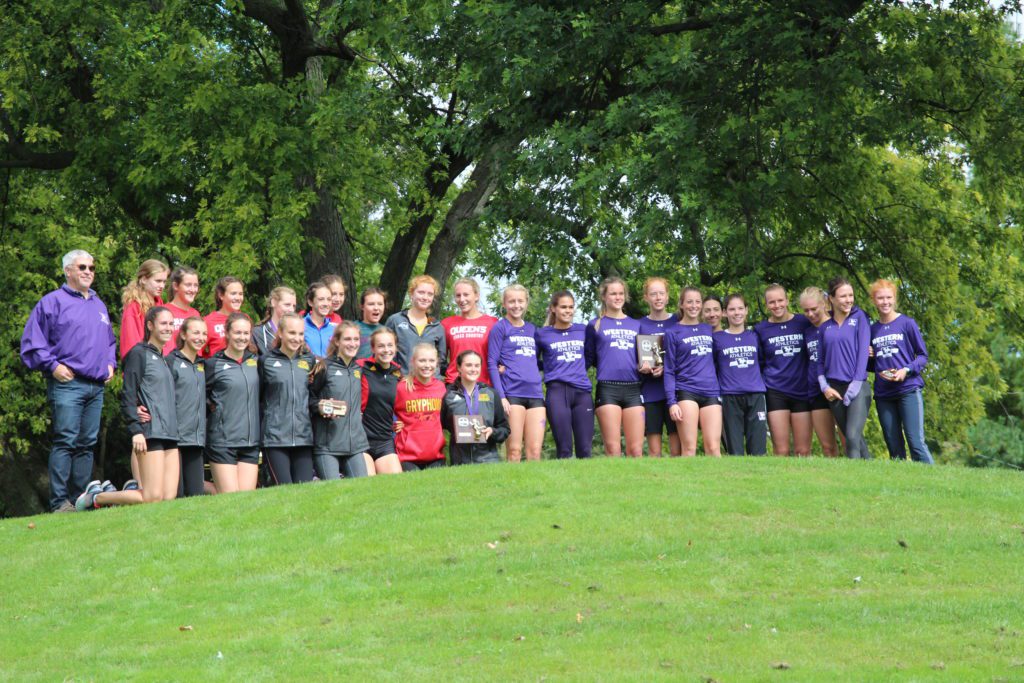 The Mustangs had a strong showing at their intrasquad meeting earlier this month. This team is led by senior Madeleine Sumner, who recently transferred from Princeton University and is the younger sister of past U Sports champion Claire Sumner. Heidi Ohrling, who was a part of the 2019 Queen’s team that won the national championship, transferred to Western and will add depth to the young team. If Western plans on climbing the rankings, they will need rookies and mid-distance sisters Chloe and Sofie Coutts to have a big season. The Mustangs could be a sleeper team to mix things up this fall. They will host the Western Invitational at the end of this month.

McMaster is another team that has plenty of talent, but the two-year stalemate of competition makes the potential of this team unknown. The team is led by Caroline Forbes, who finished 28th at the 2019 U Sports championships. Morgan McKeown and Sarah Nolan also return from the 2019 team who qualified for nationals. The Marauders have a lot of depth in their top five runners, but they don’t have that standout star to steal the show. Are they deep enough to win the national title? Probably not, but they are a team to keep your eye on at OUA and U Sports championships.

Athletes to watch for U Sports title: