Our last rankings were released before thanksgiving, since then many of the top teams in the country have competed. Let’s take a look at what teams to watch out for heading into the banner season. Cross-country is a highly variable event, but here’s how Canada’s top university teams stack up in Canadian Running‘s Media Poll projections of the U Sports Cross-Country Championships, based on race results.

The men’s team is the strongest in the country and has still looked good on their bad days. McMaster and Laval will give Guelph a challenge at the final two meets of the year, but the championship is Guelph’s to lose. Guelph’s had eight athletes finish in the top 20 at the Bayfront Invitational. Although Mitch Ubene did not win his last race, he will bounce back to be the favourite to win the OUA championship. 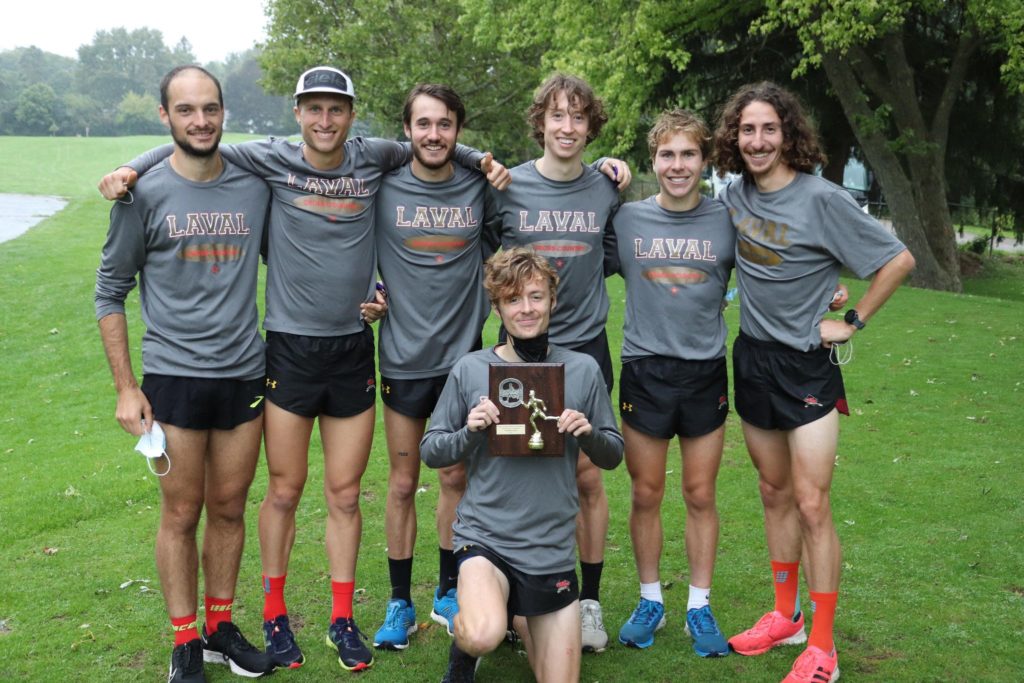 Are the RSEQ and AUS a weak conference? Yes, but Laval continues to dominate over their inferior opponents. Laval will have an upper hand at their RSEQ conference championship, as they will host the event on the 2021 U Sports course – The Plains of Abraham.

This team is beginning to peak at the right time, only finishing three points behind the top-ranked Guelph team at the Bayfront Invite. Two of their top runners are back just in time for the OUA championship. Alex Drover continues his season of stellar performances, picking up the win in his last race.

This team is led by two of the XC top runners in Canada currently. At the B.C. cross-country championships, we got a glimpse of what this UBC could be capable of heading into November. On paper, they are the best team in the Canada West conference, but they haven’t faced any university team from outside of B.C. What’s promising is that U Sports rookie of the year candidate Dylan Ulrich continues to gain confidence in each race.

Major kudos to this young Queen’s squad, who has continued to improve this season, gaining one spot in our rankings. This team doesn’t have the experience to challenge the top teams but can be a podium threat at the OUA championship if they can knock off Western again.

The defending national champions have had an up and down XC season. They were second to Alberta at the Stewart Cup but were missing a few of their top runners. It has become questionable if this team has the depth to stun UBC at the Canada West Championships. There is a lot of potential with Eric Lutz and Stefan Daniel back competing.

Western will rely on their home course advantage to get them into an OUA podium spot on Nov. 6. The men’s team had an underwhelming performance at the Bayfront Invite losing to a young Queen’s team. The team has the talent, but Western’s top runners need to step up their performance to have a shot at an OUA medal.

Welcome to the top ten Dalhousie Tigers. At the AUS Interlock meet, Dalhousie announced themselves as the AUS conference title favourites after beating rival’s StFX by 20 points. This team has no standout superstar but has seven consistent runners. This makes the tigers a tough team to beat and one to keep your eye on.

Riley Stuermer and the Golden Bears flaunted their depth at the Stewart Cup Classic, placing five men inside the top six in the 8 km race. Although Calgary did not send their top runners, the two teams will battle it out this weekend for a Canada West medal.

The second-best team in the RSEQ conference, McGill, has beat most teams in their conference this season, except Laval. They also finished second to Queen’s at the Capital XC Challenge while missing some top-end talent. It will be interesting to see how they line up this upcoming weekend against Laval, but they are by far the second strongest team in their weak conference.