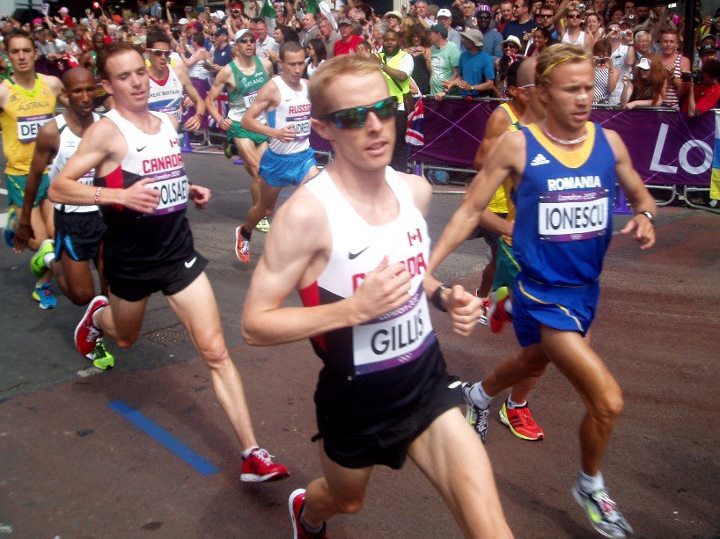 Eric Gillis is one of Canada’s greatest distance runners. The native of Antigonish, N.S. has represented Canada twice at the Olympics: in the 10,000m in beijing and in the marathon in London last year. Along with Reid Coolsaet, Dylan Wykes and Rob Watson, Gillis is a part of a new movement of distance running in Canada. The 33-year-old plans on going after the Canadian record (2:10:09) at the Scotiabank Toronto Waterfront Marathon.

Eric Gillis: Over an hour of pool running.

CR: Do you have any weird pre-race superstitions?

CR: What’s your favourite thing to eat during the carb load?

EG: Pai-Thia for lunch the day before.

CR: What’s your worst or funniest memory from running a race?

EG: Worst: 500m into a cross-country race in Italy a spike came off. A spectator passed it to me on the next loop. I got it back on and finished well. Fthe funniest thing was when I body checked Reid [Coolsaet] at the Zoo Run this year. I misheard a direction from an official and thought we needed to get to the right. We laughed about it after.

EG: Stopping for food after school cross-country races in the 7th grade.

EG: Quickly put: poor runs in the past.

EG: Ottawa. It was the first one I ever watched live.

EG: Preparing for child #2, due in November.