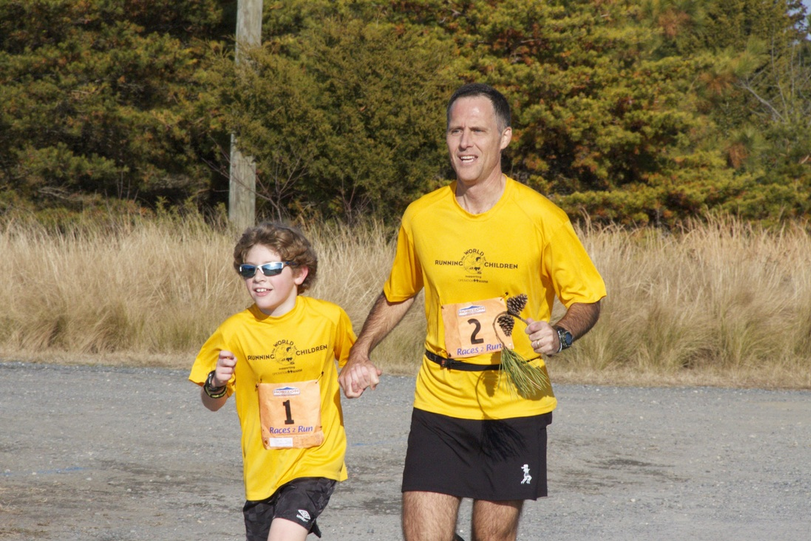 Nikolas Toocheck is 12 years old but already has run several marathons including one on every continent. Now, he’s lacing up his shoes training for the marathons he will run in every single state in effort to raise funds for children’s eye care through the Seva Foundation.

Nikolas trains for and runs each marathon with his dad, Dan, who will also accompany him on his cross-U.S. endeavor. The two have run together since Nikolas started running at the age of five. He got into the sport after admiring his dad’s training for the air force. He joined his dad on a run, ran a school race soon after and was hooked, he says.

“It was always fun for me. There aren’t any rules and you’re just free when you run,” says the young runner. “It’s something I’m always going to do in my life.” He is also a wrestler and plays baseball. He says that baseball is his favourite sport.

“I ran the New York City Marathon. Nikolas was three at the time,” says Dan Toocheck. “He must have had it in his head early on.”

Last year, Nikolas became the youngest person to run a marathon on each continent. He was still 11. That was a project that he did with his dad to raise money for Operation Warm– a charity which donates funds to keep kids clothed properly in winter. He raised $42,000. He has switched charities for his next quest raising money for children’s eye care. 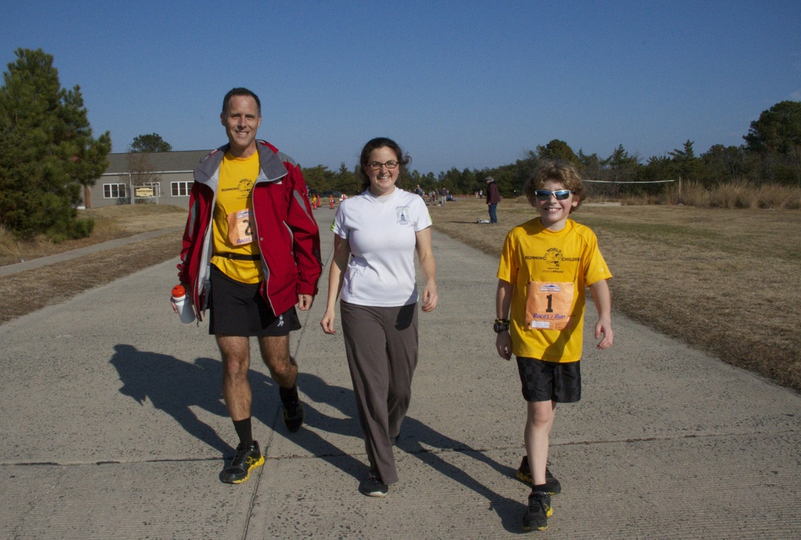 “That connects to me because my dad is an eye doctor,” says Nikolas adding that he couldn’t imagine living without proper eye care and felt a need to raise funds for kids in that situation.

One marathon may seem daunting to many people, including Nikolas’s classmates. “They think I’m crazy,” he says. But to this 12-year-old, it’s not. He trained for his first marathon using a standard 18-week training guide. Now, he looks at running purely as fun. “My dad says we’re not really training, I’m just being a kid. Kids are always playing,” he says.

“We did it the very traditional way,” says Dan when asked about deciding on distances and workouts to run. They went according to a standard marathon training plan. Where other runners would bring gels or power bars, Dan brought along cookies, rice crispy snacks and chocolate-covered coffee beans. “We told him ‘You can opt out at any minute but if this is important to you, we will facilitate it,'” says Dan.

“I’m in awe of him because it’s so mental,” says Nikolas’s mother, Tara Toocheck. “It was his idea to say ‘I’m going to do this for good.’ He sets his own goals and is determined to achieve them.”

The Toocheck’s are an active family but neither Tara nor Nikolas’s sister, Thea (age 16), are runners. Tara has 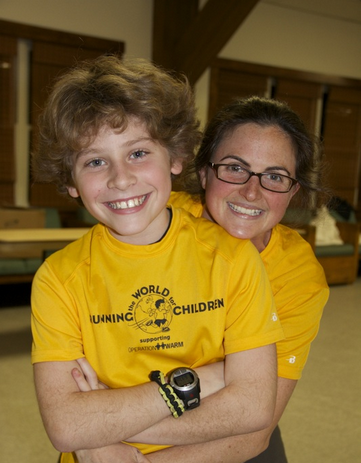 completed a handful of triathlons. Thea is a self-published author of three books. As for Nikolas, Tara says he has always been this way.

“It wasn’t a surprise that he would come up with this idea,” she says. “I was freaking out thinking ‘Is this safe for him?'”

She explains that their first steps were to take Nikolas to specialists, visiting a pediatric sports medicine doctor who told them they were on track. “We got his gate measured to make sure it wouldn’t harm his development,” says Tara.

Right now, she says that she and Nikolas’s dad are all about enforcing proper recovery. Nikolas’s marathons take between six and seven hours. If he was aiming to go fast, Tara says it would be a different story. Still, she talks about encountering critics. “Initially I thought that I wish they knew all that we’ve done,” she says. When the couple gets negative feedback, they ignore it. “No one is going to care more about my child than me,” says Tara.

Dan has been alongside Nikolas on each of his races, making sure that after having travelled, the pair wouldn’t run too fast and DNF. He says that race directors have been supportive of his son. When his goal of running in each of the U.S. states has been achieved, bigger marathons will be in the picture. But many have minimum age requirements meaning that Nikolas will have to wait. “We hope to do something with Dave from the Boston Marathon,” says Dan.

Right now, Nikolas is training and fitting baseball into the schedule (he’s been known to play a game after running a marathon.) It’s a busy schedule but both Nikolas and his parents say that he has an abundance of energy.

“A lot of people say ‘Is he a child prodigy?'” says Dan. “It depends on what your definition is.”