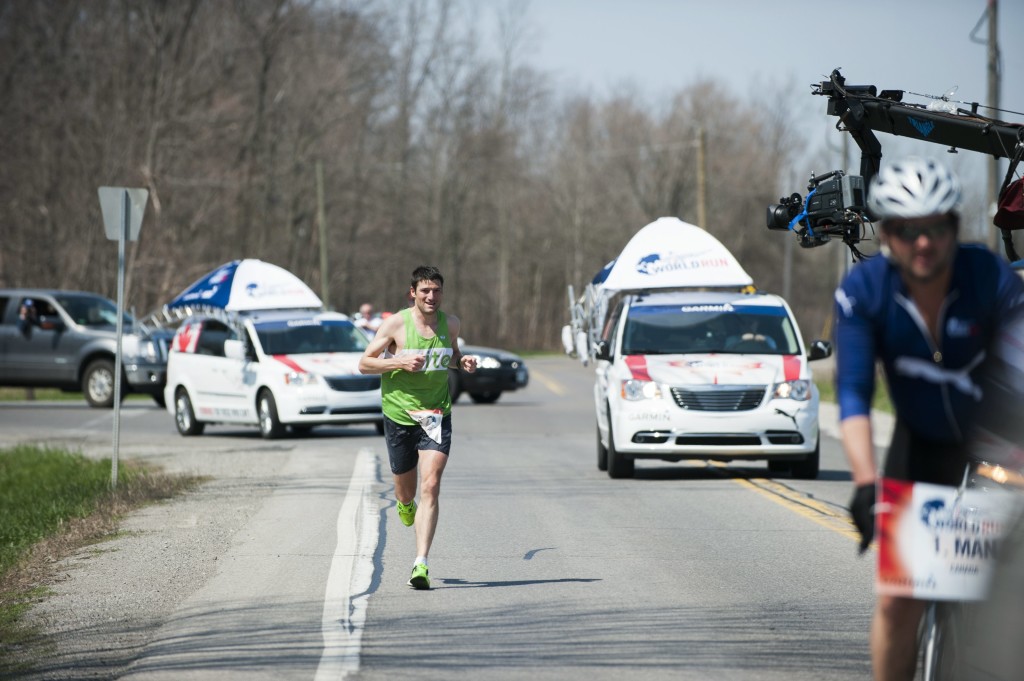 Most people will never run a single 20-minute 5km race. Blaine Penny, however, ran 13 of them Sunday.

Maintaining a pace of 4:00 minutes per kilometres for more than four hours, Penny won the Wings for Life World Run in Niagara Falls, completing 65 km before being caught by the catcher car.

The car passed Penny on a rural Niagara Falls road after 65 km, making him the last man standing in any of the three North American Wings for Life venues.

“You never know who’s going to show up, but my goal was basically what I ran today,” Penny said. “That’s how I approach every race.” 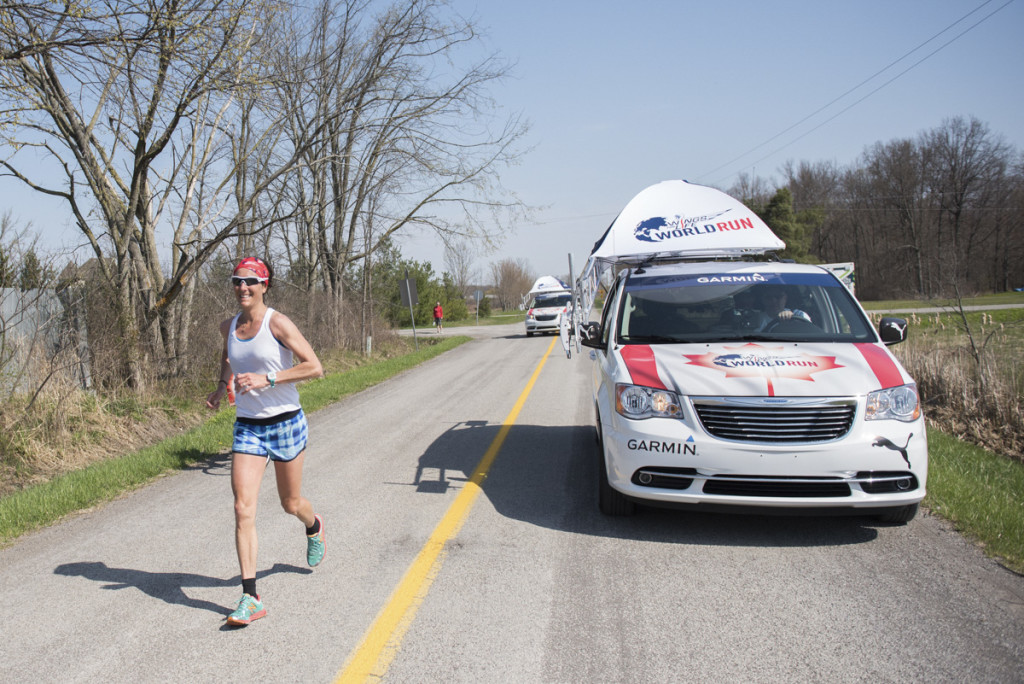 Former professional cyclist Lyne Bessette was the women’s champion in Niagara Falls, running 42 km before being caught.
That was an improvement over 2014, when she ran 38 km at the Florida World Run.

“This year I wanted to do a marathon and I did 47 km so I was pretty psyched,” she said.

The 40-year-old Bessette had a lengthy professional cycling career including trips to the Olympics in 2000 and 2004. After retiring, she went on to win a gold medal as para-cycling athlete Robbi Weldon’s pilot at the 2012 Paralympics in London.

Penny’s motivation was his own son, who is a paraplegic suffering from mitochondrial disorder.

The Wings for Life World Run is a fundraiser for spinal cord research and raised more than $5 million globally this year. Red Bull picks up the tab for the entire organizing costs, meaning every dollar of registration fees goes directly to the cause.