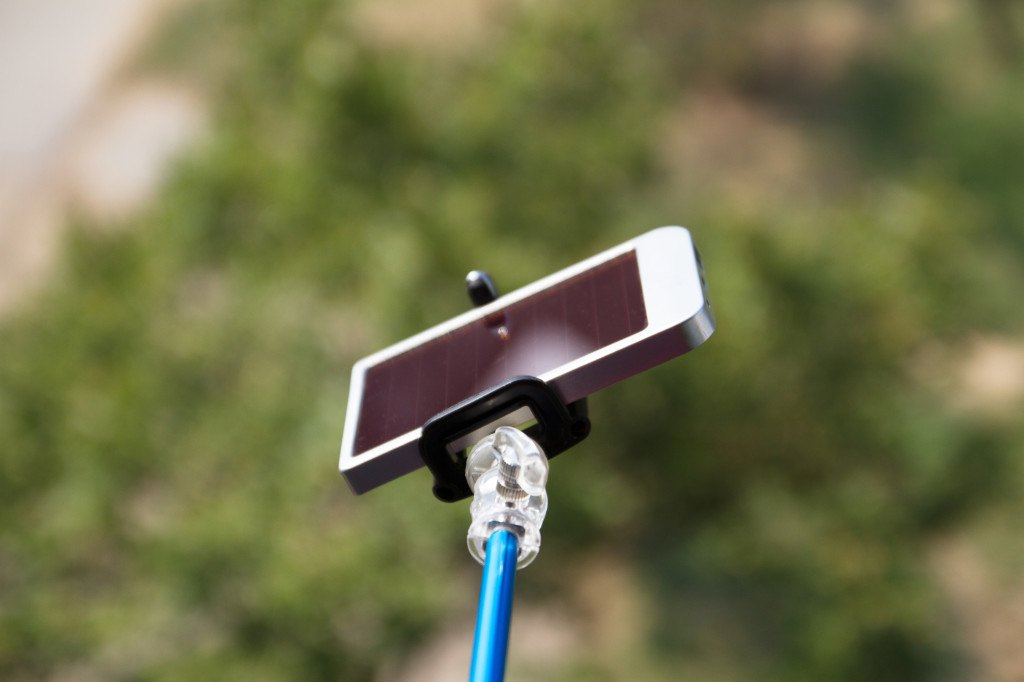 This Sunday’s TCS New York City Marathon has banned the use of selfie sticks with one exception: an eight-story-tall monstrosity that will be unveiled by ASICS this Thursday at Gansevoort Plaza in Manhattan.

According to Yahoo! Finance, fans can place their smartphones into a holder where it will travel upwards along a 90-foot track until it reaches its highest point. The phone will then pause, reveal a special message, and return to fans down below with a one-of-a-kind video to be shared across social media with the hashtag #GoRunIt.

Aerial perspective + NYC = top notch #selfiespot! Where else is a must snap spot for marathoners at #TCSNYCMarathon? pic.twitter.com/HhsHlbTVWG

“The 2015 TCS New York City Marathon is the largest marathon in the world, and it seemed only fitting to create something larger-than-life to celebrate the record number of runners and fans that will hit the streets on November 1,” Shannon Scott, senior direct marketing at ASICS America, told Yahoo! Finance.

The interactive feature is designed to engage spectators and build on ASICS’ “It’s a Big Race. Go Run It.” global ad campaign leading up to the world’s most populous marathon, which features more than 50,000 competitors. Unfortunately, the use of the custom-made selfie stick means that spectators will be without their smartphones for tens of seconds.

The 90-foot-tall selfie stick will be available to the public from Thursday, Oct. 29 through Saturday, Oct. 31 in the lead up to Sunday’s marathon, with the professional women’s race beginning at 9:20 a.m. EST.