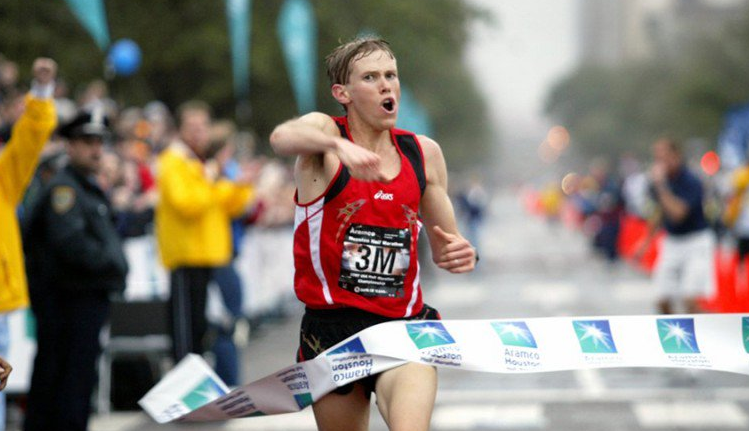 Ryan Hall, 33, announced his retirement from running on Friday afternoon citing low testosterone levels and excessive fatigue, according to The New York Times.

Hall says he has become so fatigued that 12 miles (19 kilometres) per week is tough.

Hall is considered one of the best American distance runners of his generation, running the fastest half-marathon in American history (59:43) in addition to being the fastest U.S. marathoner of all-time. Since his 2:04:58 marathon time was set at the 2011 Boston Marathon, a net downhill course, the mark is ineligible as an American national record.

The ASICS athlete was the first American to break the one-hour mark in the half-marathon,

“I’ve explored every issue to get back to the level I’ve been at, and my body is not responding,” explained Hall. “I realized that it was time to stop striving, to finally be satisfied and decide ‘mission accomplished.’”

While Hall enjoyed a storied career, he was never able to win a major race, finishing tenth at the 2008 Summer Olympics in Beijing after qualifying with a win at the U.S. Olympic Trials in the marathon.

Supplemental testosterone is a banned substance but Hall would be eligible to take supplements through a medical waiver. However, Hall was against the idea citing possible side effects and ethical concerns.

@ryanhall3 you served to inspire me the last 15 years! You were always a gracious and humble champion! I wish you and your family the best!

Ryan inspired a whole generation of American runners. His fearless running style defines his legacy in our sport. https://t.co/eUIVHR2Xay