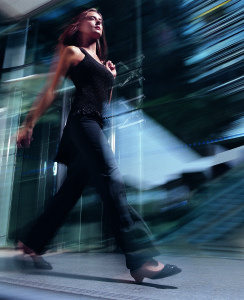 A new study out of the U.K. says people who walk or ride their bike to work have a 40 per cent lower chance of developing diabetes. The report, published in the American Journal of Preventive Medicine, surveyed 20,000 people in Britain about their health and commuting habits.

Researchers also found that those who walked to work were 17 per cent less likely to have high blood pressure than those who drove to the office, and people who biked to work had a 13 per cent obesity rate compared to 19 per cent among the drivers.

“The variations between regions suggest that infrastructure and investment in public transport, walking and cycling can play a large role in encouraging healthy lives, and that encouraging people out of the car can be good for them as well as the environment,” lead author Anthony Laverty from the School of Public Health at Imperial College London told Science Daily.