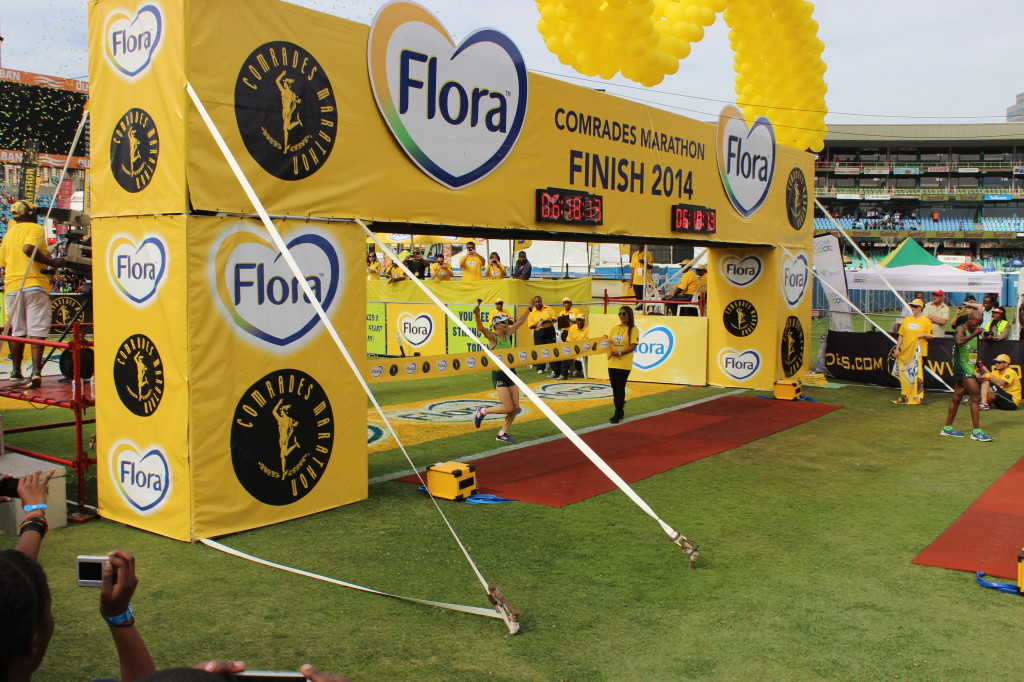 Ellie Greenwood of North Vancouver, B.C. came back from an eight minute deficit late in the race to win the prestigious 89K Comrades Marathon on Sunday in Durban, South Africa.

Ellie is currently representing Great Britain but is expecting her Canadian citizenship papers any day now. She will then hold dual citizenship.

The thought of her friends in Vancouver cheering her on half a world away motivated her to push for the win, she said after crossing the finish line. It was 3 a.m. in Vancouver when Greenwood won the race. Many of her friends were following her progresss on a live stream of the entire race.

Perhaps most impressively, Greenwood ran the second fastest last 7K in the race, man or woman. Her 27:45 closing 7K helped her sail past second place finisher Elena Nurgalieva for the win in 6:18:15. Nurgalieva would finish some five minutes back. Elena’s twin sister Olesya Nurgalieva finished in third.

Many Canadians were also on hand to cheer her on at the start and finish line in Durban as they were there to attend the AIMS (Associations of International Marathons) Congress held the past few days. A large number of Canadians run the legendary road ultramarathon every year. This year saw 59 Canadians participate on the extremely hilly course.

By Frank Stebner in South Africa