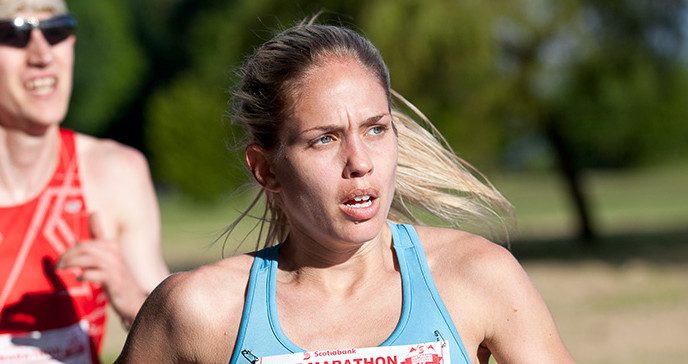 There was a lot of excitement for those watching Canadian track athletes at the Payton Jordan invitation yesterday at Stanford University.

And another favourite Canadian track star, Justyn Knight broke a Canadian record in the junior 5,000m. He ran 13:34:86 beating out Bruce Kidd’s record of 13:43:08. That record had been standing for 52 years.

The meet also saw Canadians run Olympic and World Championship qualifying times. Alex Genest ran 8:24:84 3,000m steeple. Taylor Milne ran 8:25:48 in the same event. Matt Hughes also had a stellar performance. He ran a 13:19:56 in the 5,000m. Jessica O’Connell also had an Olympic and World Championship qualifying time in the event. She ran 15:06:44.