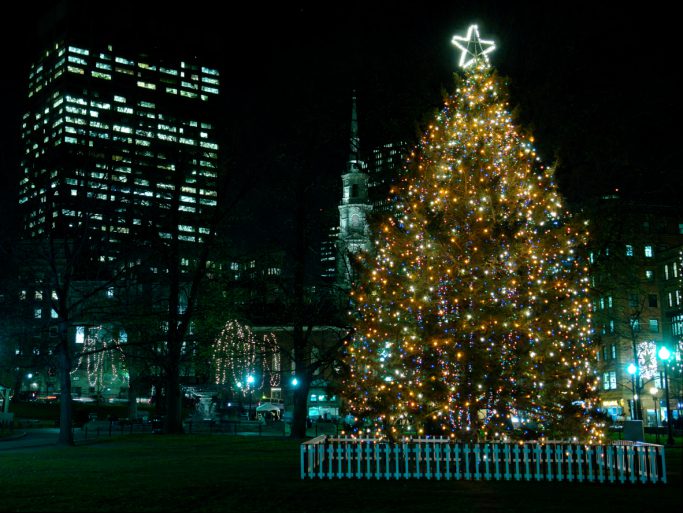 Halifax is showing their support for the victims and survivors of the Boston marathon bombing.

Each year, the City of Halifax donates a giant Christmas tree to Boston as thanks for the support offered by the American city for their assistance after the Halifax explosion of 1917.

This year, the city will dedicate the gift to runners and survivors of the attacks. Organizers of Runners Grieve by Running are asking the community to come out to the sendoff of the tree at Halifax’s Grand Parade on Argyle Street tomorrow, Nov. 13.

The tree will begin its trip to Boston at 11:30 A.M. and the organizers ask runners to wear blue and yellow, the colours of the popular Boston race.

Runners who show up are asked to sign a book of thanks which will be sent with the tree and are allowed to run alongside the tree for the first kilometre of its journey south.