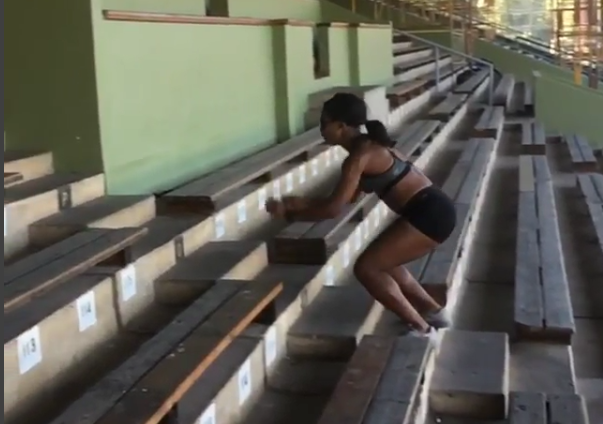 Norway’s fastest ever woman, Ezinne Okparaebo, can now add stair-jumping to her repertoire after posting a rather incredible workout video to Instagram on Sunday.

The two-time Olympian jumped upwards of six stairs at a time extending the length of the 29-step spectator seating area at a track and field stadium. The 27-year-old has run 11.10 for the 100m, a national record in Norway, and 23.30 for the 200m.

After seeing workout videos like this, it’s no surprise that Okparaebo possesses the explosiveness to set a national record in the marquee sprinting event.

The Imgur link, a copy of the Instagram video, has been seen more than 1.6 million times in the past 48 hours.

Some athletes were so impressed with the feat that they too have considered challenging Okparaebo in jumping 29 stairs in just six leaps.