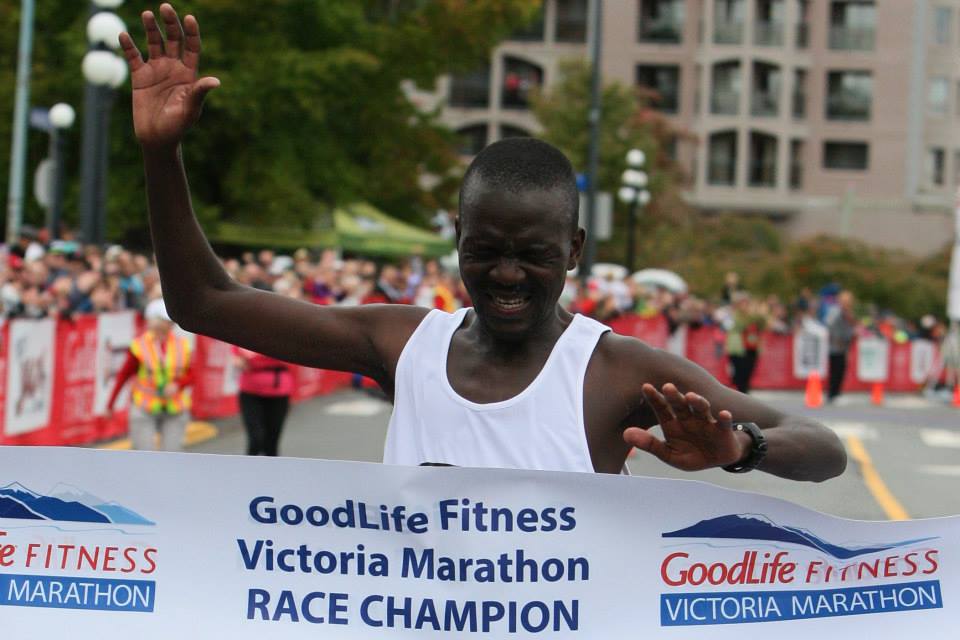 This weekend saw the 36th annual Victoria Marathon in B.C. and it was quite a dramatic one. Daniel Kipkoech was the champion of Sunday’s race but it was only 300 metres before the finish when head of the pack runner Tisia Kiplangat collapsed allowing Kipkoech to take the lead.

Kiplangat had been leading by a wide margin and according to Kipkoech, had set the pace too fast. With about 300m to go, Kiplangat dropped to the ground and had to be taken across the finish in a stretcher. Kipkoech, from Lethbridge won the marathon with his time of 2:25:40. Second to him was Lamech Mosoti in 2;30:22 and Oliver Utting placed third running 2:34:39.

Canadians have a new female marathoner to get excited about. Erin Burrett made her debut in the distance on Sunday and came in for a first place finish running 2:39:17. Burrett is from Nanaimo, B.C. and is looking forward to an upcoming training camp in Flagstaff. According to The Times Colonist, Burrett hopes to compete in more marathons and eventually hit the Olympic standard. The Asics-sponsored athlete has been running since she was a child specializing in shorter distances.

Burrett beat Lioudmila Kortchaguina. The seasoned marathoner came in just after her running 2:39:37. Following her was Catrin Jones who ran a 2:44:29 for a third place finish.

The Victoria Marathon has grown to becoming quite a reputable course in Canada. This year, 1,200 runners competed in the marathon. Runners also have the option of running a half-marathon or 8K during race weekend. Stars of this year’s half-marathon were Paul Kimugul in the men’s race who finished with a time of 1:05 and Malindi Elmore in the women’s race with her finishing time of 1:15:35.

For full results of both races, see here.