If you’re looking for a good running book to settle into over the holidays but aren’t sure where to start, we’ve compiled a few suggestions. 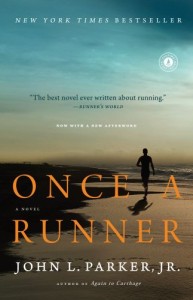 SCRIBNER: The runner’s cult-classic, this one is often seen as a read geared towards more competitive, college runners, but it’s been enjoyed by countless recreational runners over the years. An inspirational tale of a young, fictional college student thrown off his track and field team and forced to train with a new coach, which some say was based on marathoning great Frank Shorter. After reading Once A Runner, you’ll find yourself repeating the mantra, “Trial of miles; miles of trials.” 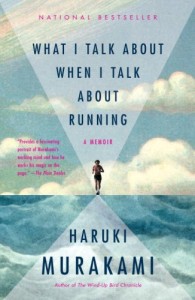 VINTAGE CANADA: Usual Murakami readers be warned: gone are the Kafkaesque flourishes in favour of a more sincere, direct prose. The memoir follows his preparation for the 2005 New York City Marathon. Settings stretch from Tokyo to New York and the author covers even more ground in his topics. Murakami can be tough to follow at times, but at only 180 pages you can afford to slow down and take in his stream of consciousness digressions. A humanizing story of an ace writer struggling with ordinary, everyday problems, including getting through a marathon build. 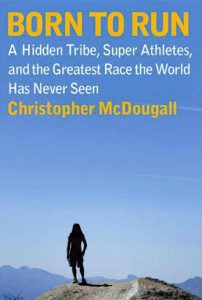 VINTAGE:  McDougall takes the reader from science labs to sun-stripped Mexican deserts in search of an answer to the question of why runners in North America always seem so prone to injury. The story focuses on the Tarahumara tribe from northwestern Mexico and their incredible running abilities. This is the book that kickstarted the barefoot running phenomenon, but McDougall’s characters, drama and storytelling are what turn the interesting research into an awesome read. 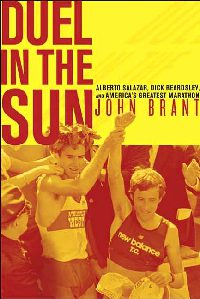 Duel in the Sun – John Brant

RODALE: Brant weaves the stories of two of America’s great marathoners, their 1982 Boston marathon duel and the descent away from competitive running afterwards. Alberto Salazar (now coach of Cam Levins and Mo Farah) and Dick Beardsley’s lives come together at what many consider the greatest marathon ever run, where they finish first and second. The expectation was that the two would go on to have a long rivalry, but their lives took different turns ending their careers earlier than expected. The race is gripping and the stories transcend the running world. 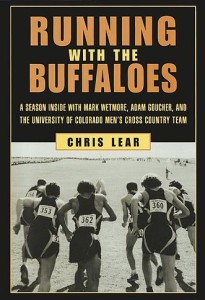 Running With the Buffaloes – Chris Lear

THE LYONS PRESS: The story of the University of Colorado’s 1998 men’s cross-country team, this is the true sports book on the list and provides an interesting look into the world of university running at a high level. The team, headed by future-Olympian Adam Goucher, is deep with characters and the relationships between teammates are relatable for anyone who’s been on any team before. But be prepared, Lear is an insider in the running world and doesn’t skimp on jargon. If you’re willing to take the plunge, it’s an interesting look at a running world very different from what most are accustomed to.