Happy global running day. There are so many different types of runners across the globe and our experiences, motivations and reasons for being so involved in the sport couldn’t be more varied. Between 2009 and 2014, the sport’s participation grew by over 13 per cent. And did you know that when considering marathon times, Canada is the fourth fastest nation in the world?

Runrepeat.com recently conducted a study observing runners across the globe in regards to their participation statistics, their times and running behaviour overall. The below infographics contain interesting details for runners celebrating global running day. All stats and graphs are from runrepeat.com.

Canada is the fourth fastest nation in the world… we beat American runners when all times are averaged. 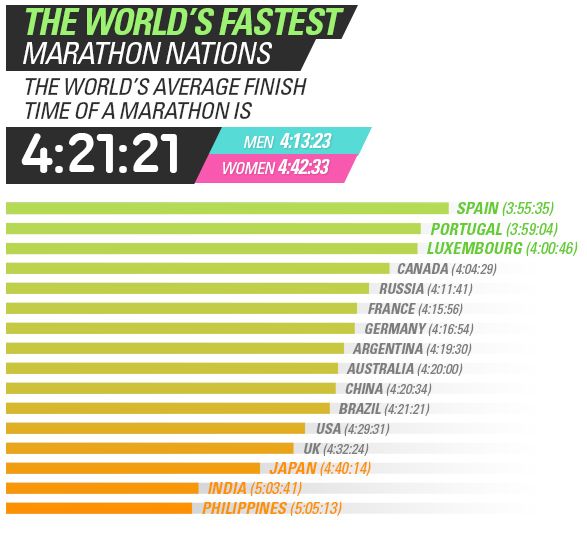 In the five-year period from 2009 to 2014, the marathon became nearly 11 per cent more popular in our country. 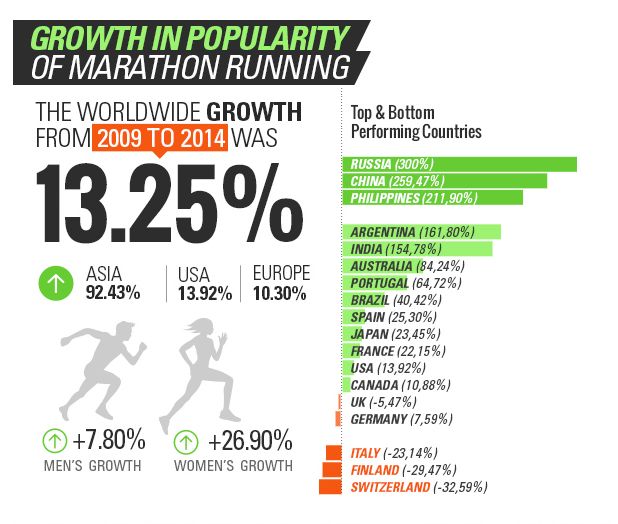 Canada has one of the larger percentages of female runners signed up for marathons. The split is 55.5: 44.4 per cent male to female. 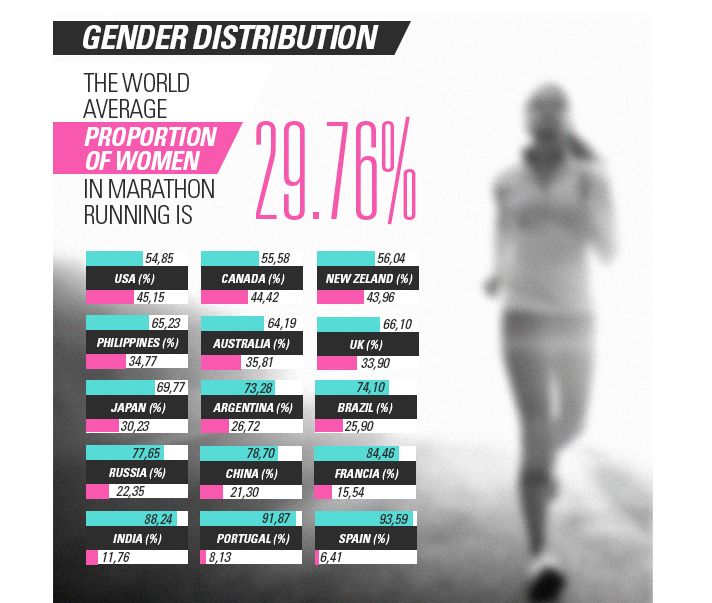