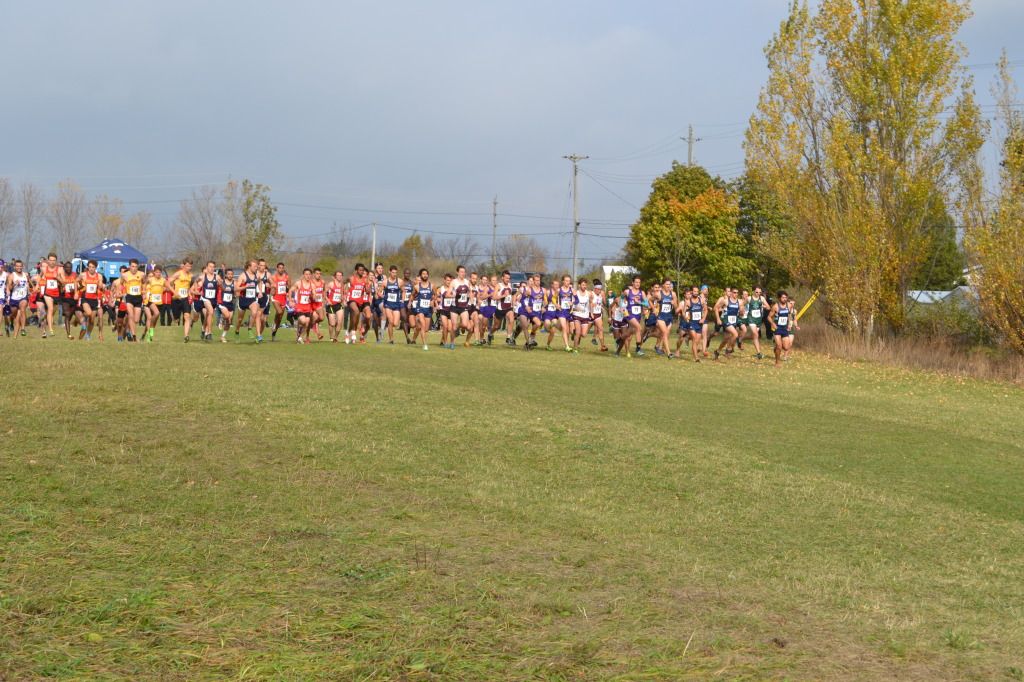 Guelph University took home both men’s and women’s individual titles, as well as both team titles at the Ontario University Athletics cross-country championships today. The race, hosted by Queen’s University, took place on the fields of Fort Henry, with lots of wind and high fitness levels to keep things interesting. In the women’s race, Heather Petrick of Guelph won with a time of 20:02:44 on the 6K course. Second place went to Gabriela Stafford of U of T and third to defending Canadian Interuniversity Sport champion Julie-Anne Staehli of Queen’s. On the men’s side, Guelph first through fourth with Ross Proudfoot taking the men’s 10K in a time of 30:15:00, followed by teammates Tristan Woodfine, Yves Sikuwabo and Aaron Hendrikx. Alex Wilkie of Queen’s was the top non-Guelph runner in, placing fifth.

Canadian Running got a chance to talk to Proudfoot, Petrick and their coach, Dave Scott-Thomas, after their races. 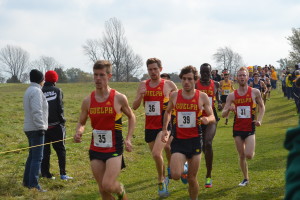 Ross Proudfoot: I think it was a really good team race. Our top four guys took control early and sheltered our fifth and sixth guys a bit. This is a really windy course, so the conditions were a factor. We were trying to take out the OUA scoring record, but even though we didn’t quite get that, everyone ran solidly and we’re proud of it.

CR: What are these next weeks leading up to CIS like for you?

RP: This week will still be pretty high mileage. We raced last weekend in Wisconsin, plus this weekend, so we’ll be careful to get some recovery time. Then we’ll make sure we taper for CIS.

CR: What’s it like to run on a team that has such a history of dominance? 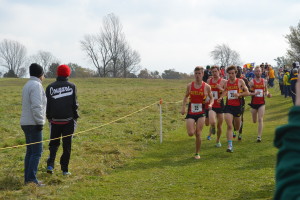 RP: I think there is a bit of pressure added because of the team’s past. Obviously, no one wants to be the year that ruins the streak. I think it will be more of a thing next year when the guys are facing the tenth year.

CR: How has the OUA competition changed throughout your own career?

RP: In my first few years, it was always Windsor and Guelph fighting it out against each other. Today I think we had a tie for second place—there are a lot of teams in the mix, which is great for competition. 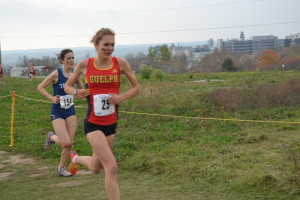 HP: I’m really happy with the race. I was a bit shocked because I wasn’t expecting to win the last 100m. I was digging really deep for the last part of the race.

HP: I just try and go hard and drop as many people as possible. I knew that Julie-Anne, Gabriela and my teammates would likely end up in a pack together, so that pretty much went as I had expected.

CR: What are the next few weeks leading up to CIS looking like for you? 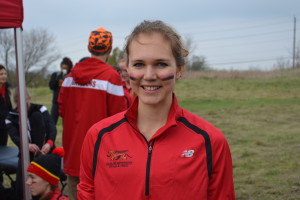 HP: This week I’ll have a focus and recovery and then next week I’ll be trying to fit in a couple more quality workouts before tapering for CIS.

CR: What’s your experience been with racing in the US this year?

HP: It has definitely been a learning experience. In the NCAA, everyone goes out fast. I think it is good to be a little farther back in the pack; you can learn a lot there, so I think Lehigh and Wisconsin have really helped me with racing strategy.

CR: What was the game plan that you gave your athletes for today?

Our men’s and women’s teams are tight, so we green-lighted them to run in a pack. For the men, we were ambitious to go first through fifth, which was a bit of a stretch, but the guys are pretty dialed into their threshold and what they can do on race day. The OUA competition is getting pretty hot though and I am pleased with our performance today.

CR: How have you noticed the OUA scene changing over the past few years?

DST: I definitely think the field is getting deeper. There has been more retention of Canadians—promising high school athletes are choosing to stay in Canada to attend university, which is great. For me, coaching at a Canadian university adds a sense of patriotism—there is no reason that we can’t run at an equally high level to the American schools. Right now, to be an OUA all-star is darn tough and I couldn’t be more pleased about that.

CR: How do you deal with pressure on athletes due to the history of success that Guelph has?

We go straight at it. Today is today and the weight of the past is only there if you let it be. That being said, we do address the matter at training camp to make sure that the athletes know that we are focusing on them as they are—not on the team’s past. Cross-country is a competitive sport and I think most of the people that are drawn to it thrive on the pressure to a certain extent—they’re competitive and they’re running to win. If you didn’t want pressure, you’d just run a time trial. What makes the sport exciting is the competition; I never wake up in the morning thinking, “We’ve got it in the bag this year.” I constantly feel like we’re a work in progress—I drink that stuff for breakfast!

CR: What’s it been like racing in the United States a couple times this year?

We change our racing schedule on a year-to-year basis because we’re always looking to increase the racing experience of our athletes. It’s been great to have some solid results at American races, but I want to be clear that even though we have raced a few times in the U.S. (Lehigh, Wisconsin), we are a Canadian school and our goal is ultimately the CIS title. Whenever we travel anywhere, we want to show Canadian talent and also that the OUA is a bloody good conference.