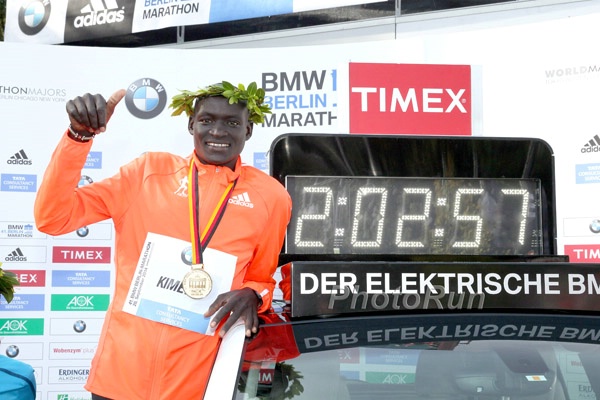 The Guinness Book of World Records is celebrating the 60th anniversary from when the first book was published in 1955. The book of records was the brainchild of Hugh Beaver, chairman of the Guinness Brewery. While out hunting game in Wexford, Ireland, Beaver got into an argument about how fast a partridge could fly.

From there, he thought of publishing a book of records with a purpose of settling arguments. Today it is published in 100 countries and serves as a global authority of the legitimacy of records.

Of course, several of those records are running records from the fastest 100m sprinter, to fastest woman marathoner to the first person to break the four-minute mile. In their 60th birthday video below, icons from the sport– Sebastian Coe and Roger Bannister speak about the Guinness Book of World Records and their own personal records. See the video below and our own list of running records.

60 years ago today in 1955 the first ever Guinness World Records book was published! #gwr60 #tbt https://t.co/pxPTr8YoIW

7. Most members of a family to compete in a marathon: The Hughes family, 30 members, the Dublin Marathon, Oct. 2014.

14. Fastest half-marathon pushing stroller: Travis Boyd ran 1:13:50 at the Heroes Half Marathon in Washington in April 2013 beating a course record at the same time.

17. Fastest marathon dressed as bottle: Mark Wilding ran 3:39:25 dressed as a beer bottle at the Toronto Waterfront Marathon in 2011.

19. Longest running man vs. horse race: The Man vs. Horse Marathon has been held annually since 1980 where runners compete against those on horseback.