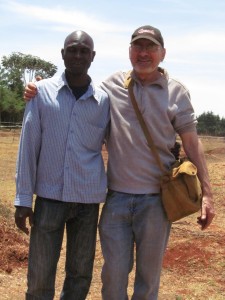 A well-known Halfiax running coach, Cliff Matthews, died Sunday of an apparent heart attack in Kenya. He was 70.

Matthews was in the East African country coaching Denise Robson, an elite masters marathoner from Nova Scotia. Robson is training for the upcoming Boston Marathon in April.

“The pain of losing my longtime coach, a man who cared deeply about people and held the highest regard for his athletes no matter the skill level was completely overwhelming and very frightening yesterday,” wrote Robson.

A run is being planned in memory of Matthews and his contributions to Halifax’s running community for the end of the month.