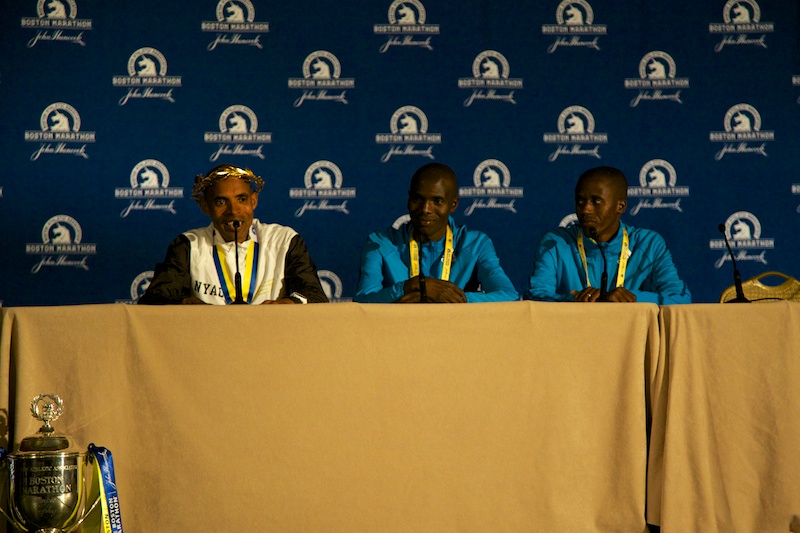 In a race where many considered the Americans not to be a threat to a strong East African contingent, Keflezighi made Boston history by running a 2:08:37 personal best on the difficult, hilly course.

Wilson Chebet looked like he was poised to pass Keflezighi in the final kilometres to win his first world marathon major, but the 38-year-old American had different plans.

Keflezighi led most of the race, at one point holding over a one-minute lead on the chase pack, until Chebet nearly caught the American in the dying stages of the race

Keflezighi has represented the United States at three Olympic games, once in the 10,000m and twice in the marathon.

“This is probably the most meaningful victory for an American after what happened last year,” said Keflezighi.