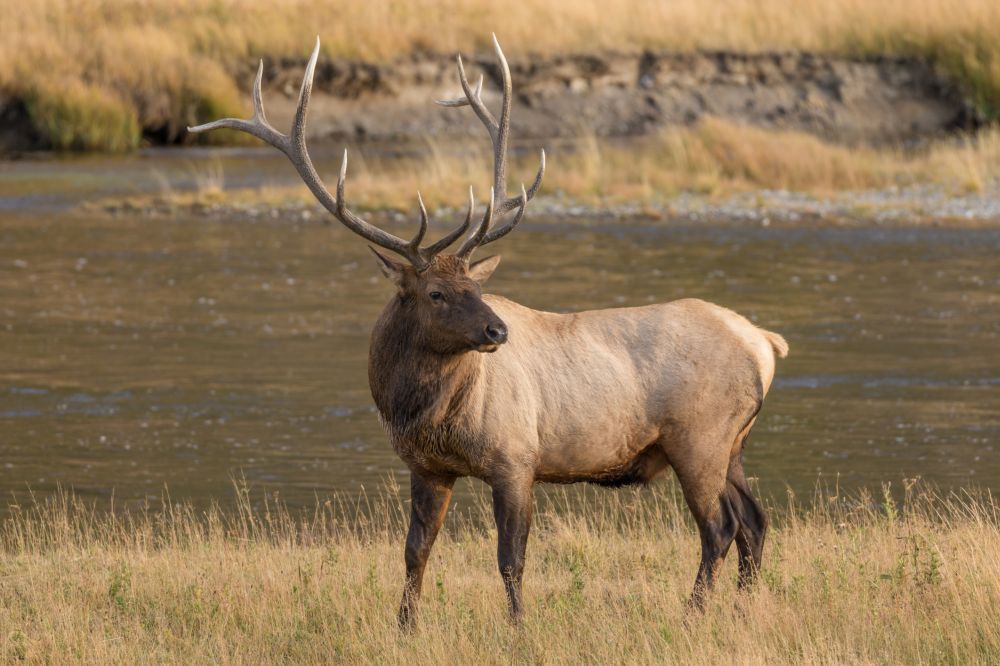 Runners at a small town Oregon race over the weekend had some surprising competition during the annual 5K Easter fun run.

As Blue Mountain Eagle newspaper reports, during the Dayville Bunny Hop 5K, runners were joined by a keen elk who showed interest in taking part of their running event. The elk, who is known by locals as “Buddy” jumped in on the race running alongside his 54 human runners.

Did you hear the one about the elk that joined in a 5K race? It happened in Dayville, Oregon https://t.co/Uwwe3cO5Ej pic.twitter.com/ZEQCFEgKGB

This isn’t the first time a curious animal has snuck into a race to test his fitness against human competitors.

Buddy the elk ran the whole race, stopping for breaks twice and meandering off the road before getting an extra dose of motivation and returning to the road. He made it nearly the full way through stopping just short of the finish to weave through the crowd of finishers. Perhaps you could say he was distracted by the post-race atmosphere.

The story of how Buddy, the Easter Elk, ended up in Dayville and where he is now.

Buddy is three years ago and while he doesn’t live in Dayville, he is well known by those who live there. He prefers humans to his other elk counterparts– some locals suspect he event thinks he is a person.

He lives in a wildlife conservation area just outside of town where he was escorted to after finishing his first 5K. Though that is his primary residence, he hasn’t been bonding well with the other elk and often will wander into  a local ranch which he prefers.

This year was the third running of the Dayville Bunny Hop. It’s uncertain whether or not Buddy will return next year.