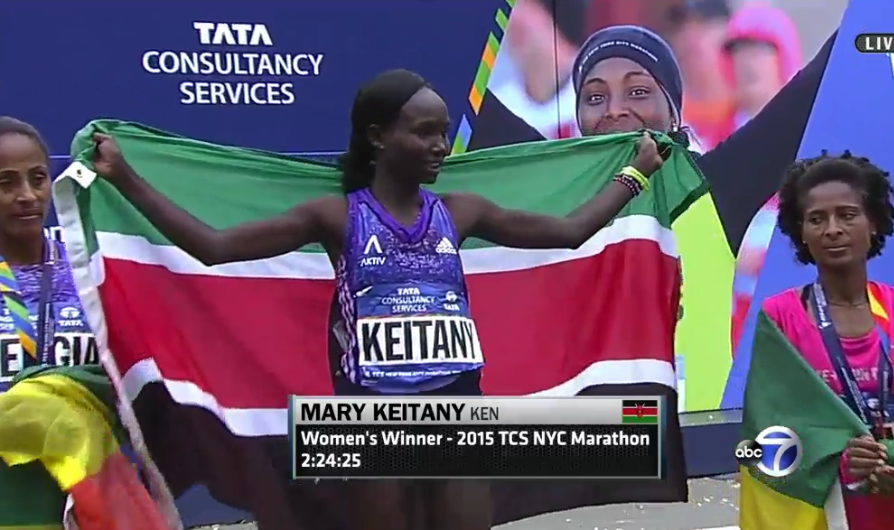 The 2016 Virgin Money London Marathon elite start list is out and if you’re not a huge fan of elite running just yet, the women’s field is one of 2016’s best reasons to pay attention to the sport.

The line-up of women competing for the win at the April race in London has too many factors that are coming together to make for a great race.

First off, five of the women who are showing up to battle it out on the streets of London have personal best times that cracked the 2:20 barrier. A total of nine of the athletes have run the distance in a time under 2:22. Last year’s winner Tigist Tufa is coming back to defend her title to win her second consecutive title.

To do that, she’s going to have to defeat Mary Keitany on the course again and with Keitany’s running history (she has the fastest PB at 2:18:37), she’s still the pre-race favourite. In 2015, Keitany really gave Tufa quite the race sticking up at the top with her and eventually placing second in 2:23:40. Keitany is currently listed as having the fifth best women’s marathon performance of all time (behind Russian athlete Liliya Shobukhova who has received a doping ban). She has also won London twice. Simply put, she’s one of the best marathon runners there is.

Most recently, Keitany defeated Aselefech Mergia at the New York City Marathon in fall winning her second consecutive title with over a minute lead. Keitany pulled a 2:24:25 marathon in New York. Her rival though is also going to be toeing the line in London three months from now.

Another athlete Tufa and Keitany will have to watch out for: the woman who won gold at the 2015 IAAF World Championships marathon in summer. Mare Dibaba ran 2:27:35 in August but has a PB of 2:19:52. She’s listed as the sixth fastest in the field for the April 24, 2016 race.

Gladys Cherono will show up on the start line in London ranked as the third fastest athlete. And her PB is fresh. Cherono won the Berlin Marathon just this past fall setting her PB of 2:19:25.