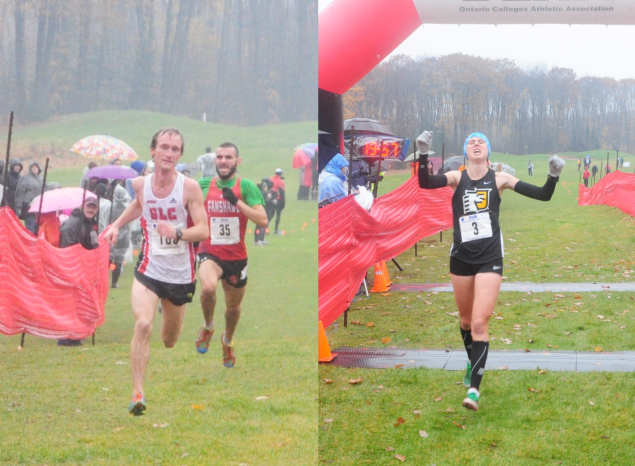 Canada’s top collegiate athletes will be racing at the Canadian collegiate cross-country championships this Saturday in Brockville, Ont. Over 200 athletes will convene at St. Lawrence College, an hour south of Ottawa.

Ready for @ccaasportsacsc XC teams to arrive. Can’t believe we are just two days away from the National Championship! #CanadaRunsHere

The top two-ranked teams are from Quebec, as both the Volontaires de Sherbrooke (men) and the Nordiques de Lionel-Groulx (women) come from the RSEQ conference. The reigning national collegiate champions are the women’s team from Grand Prairie Regional College and Humber College’s men’s team.

Dalhousie’s Hannah Arsenault is undefeated this season through the first four races including the Atlantic conference championship, which earned her conference runner of the year honours.

Out of the Quebec region, Jessy Lacourse, who competed for Canada at the IAAF World Junior Championships in 2014, could also be an athlete to watch. Lacourse runs for Victoriaville.

Other conference champions include Cambrian College’s Emily Marcolini and Grand Prairie Regional College’s Jamie Wigmore. Marcolini will aim to become the first Cambrian runner in program history to reach the podium at nationals.

“Going into nationals this year, I have a better idea of where I sit compared to last season,” said Asselstine. “I’ve already raced the Quebec contingent at pre-nationals, and obviously have a good feel of where the Ontario guys are now. The athletes from Western Canada are still a bit of an unknown.”

“You always have to go into these races thinking you have a shot at winning. I won’t be upset if that doesn’t happen, as long as I do everything I can on the day,” he said.

Other individuals to watch out for are Alex Harding from Lethbridge College and Kirk Sudt from Concordia University of Edmonton.