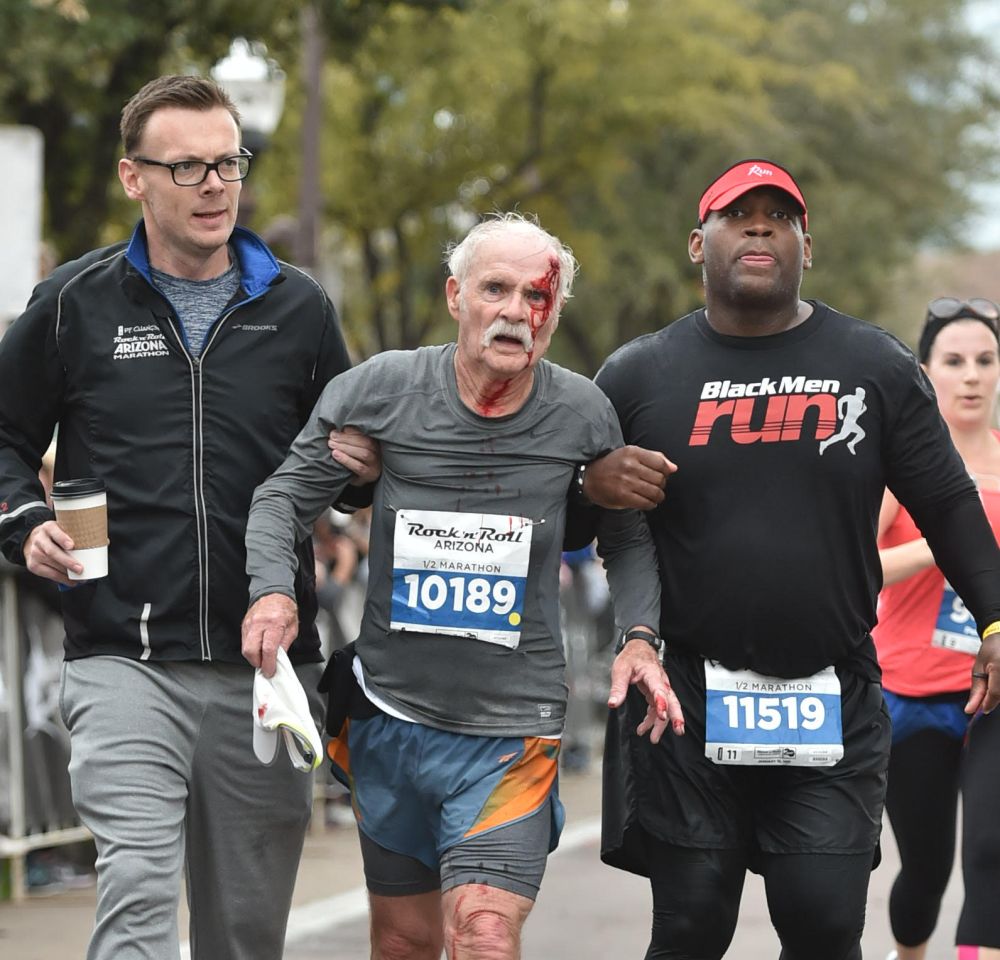 Leave it to runners to restore your faith in humanity.

The running scene is full of those kinds of people who are willing to help out a stranger during a time of struggle. A scene towards the finish line of the Rock ‘n’ Roll Half-Marathon in Arizona exemplified yet another instance of this sort of kindness on Sunday.

John Wilkie, 73, laced up to run the half-marathon this weekend unaware that he would end his race by visiting the medical tent and subsequently have to get five stitches put in above his left eyebrow.

On Sunday’s half-marathon, Wilkie made it to mile 13, nearly all the way through, before tripping on a bystander’s stroller. He took quite a brutal fall onto the race course and received a deep cut on his face.

Nearby the older runner at the time was Nathanael Dillard and Colin Jackson. Once they saw Wilkie go down, they recognized that he had suffered an injury and immediately pulled him to his feet to help him seek medical help. Dillard, 38, is from Texas. Formerly in the Navy, he is also an avid runner. Between the full and half-marathon distance, he had two dozen races to his name. Jackson, took to running as a way to create a healthier lifestyle for himself.

As for Wilkie, he seemed in high spirits despite the accident and told the race that he focuses on getting up despite being knocked down at times… literally.