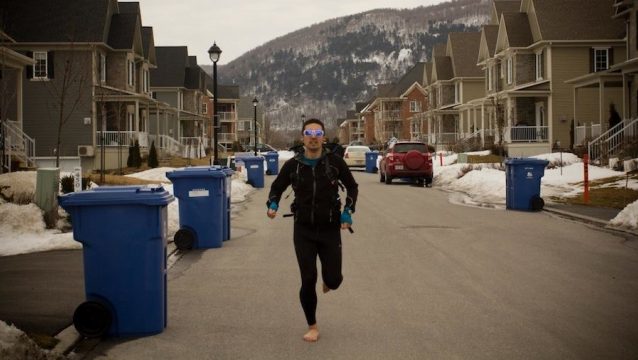 Joseph Michael Liu has been running barefoot from Montreal to the southern tip of Argentina for nine months. He will arrive in Mexico City in the coming days.

We caught up with him for the first time since the fall to ask how the trip has been going.

How is your body holding up after nine months of running? Have you started to develop any injuries you’re having to deal with?

My body is, surprisingly, holding up better than I expected. This may be due to the fact that, in Mexico, recovery periods are a lot longer than planned due to recent engagement with VisitMexico.com. I have to visit as many places as possible to promote Mexico for the national and international tourist.

You’re nearing the halfway point of your trip. Do you think you’re on schedule to finish in the time you expected to?

I am definitely off schedule which does not concern me at all. Schedule is not the goal; reaching the end of the world is. I knew I would be off the schedule before I even started due to two reasons. One, as a project manager you should always consider falling behind the schedule in any planning process with a plan B. Two, this is the first time I have done anything like this, thus it would be very foolish of me to believe I would stick to the schedule. Also, three months after departure, I realized 30K instead of 50K per day was a distance my body can handle with a fast/short recovery time period; therefore, the time will elongate throughout the whole expedition.

Have you run into any setbacks since we last talked to you in fall? What were they and how did you overcome them?

Yes, transition into Mexico took some time, coordinating with the authorities and redefining the route. I did what I had to do, killed many weeks waiting, but in the end I’ve got more than I needed. A federal police escort and a patrol from Angeles Verdes (road assistance) are protecting me for the entire Mexico crossing.

Also, already three sicknesses got me during the past couple of months. Medication and rest was enough to overcome them. I believe this occurred because an increase of time spent within society. The more you are in contact with more people, the better your chance of getting sick.

Absolutely. Choice is usually a big player as it is the need. At home, I have the choice of not going for a run and nothing would happen. Here, I have the choice of not running but then I will be a day shorter from my goal which makes it even harder. Moving from one point to another motivates me, thinking of what awaits for me in the next town, specially if I’ve never been there, excites me. But the strongest of all, I believe, is the thought of making it to Ushuaia [southernmost town in Argentina] and knowing that nobody else has done it the way I did. And, of course, the comments I hear from my followers keeps me moving forward.