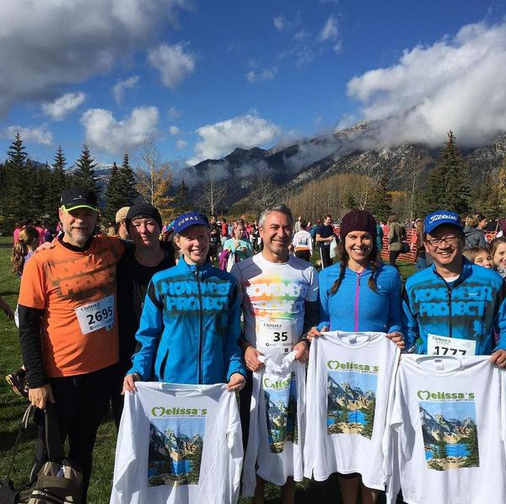 Nearly 4,500 runners competed in one of Alberta’s most popular fall races this weekend. Melissa’s Road Race which offered a 5K and 10K event in Banff this year, ran in cooler, slightly foggy, conditions under 10 C Saturday.

Runners warming up before the Melissa’s Road Race. pic.twitter.com/jbjfDvbStU

The 10K winner in the men’s race today was Geoff Hopfner. He finished first running a 35:16. That was a full minute lead that the runner had over the rest of the pack. Behind him was Matt Shaw running 36:16. Third place in the men’s 10K went to Josh Machney who ran 37:06. In the women’s 10K, Susanne McArthur came in first place in 41:24. She came in ahead of Kristin Halsey who ran 43:36. Emily Sabo came in for the third place spot with her time of 44:02.

The 5K race was an exciting one for spectators in Banff today. The overall winner was Keith Bradford running a 17:34 to take the win. The race’s top women runners ran up front with the lead pack today with Maria Zambrano bringing female presence in the top three overall. She finished second overall but was the champion of the women’s race with her time of 18:16.

The second-place male, Greg Medwid ran 19:11 and third was Tyler Snow running 22:21. Isobel Hendry ran a 21:06 placing second in the women’s and fourth overall. Kimber Snow came in third with a time of 21:42.

Melissa’s Road Race is often voted as the best in the province and that held true again for the 2015 race. As expected from a Banff race, Melissa’s is a gorgeous one with jaw-dropping views along the routes. The iconic Fairmont Banff Springs Hotel is something the those new to the race will enjoy looking out for on the loop as they pass by picturesque log-cabin style shops and mountain scenery in The Rockies.

Melissa’s Road Race is this Saturday. A new 5K run is going through #Banff this year http://t.co/VvT8nkbGlv pic.twitter.com/oPE49a0KGa

Why name it Melissa’s Road Race? Melissa’s Restaurant (right near the course) hosts the pre-race dinner and welcomes participants fill up on good food after the run. A local gem, this restaurant brags having a menu of fresh, made-from-scratch options that are true to the taste of The Rockies.