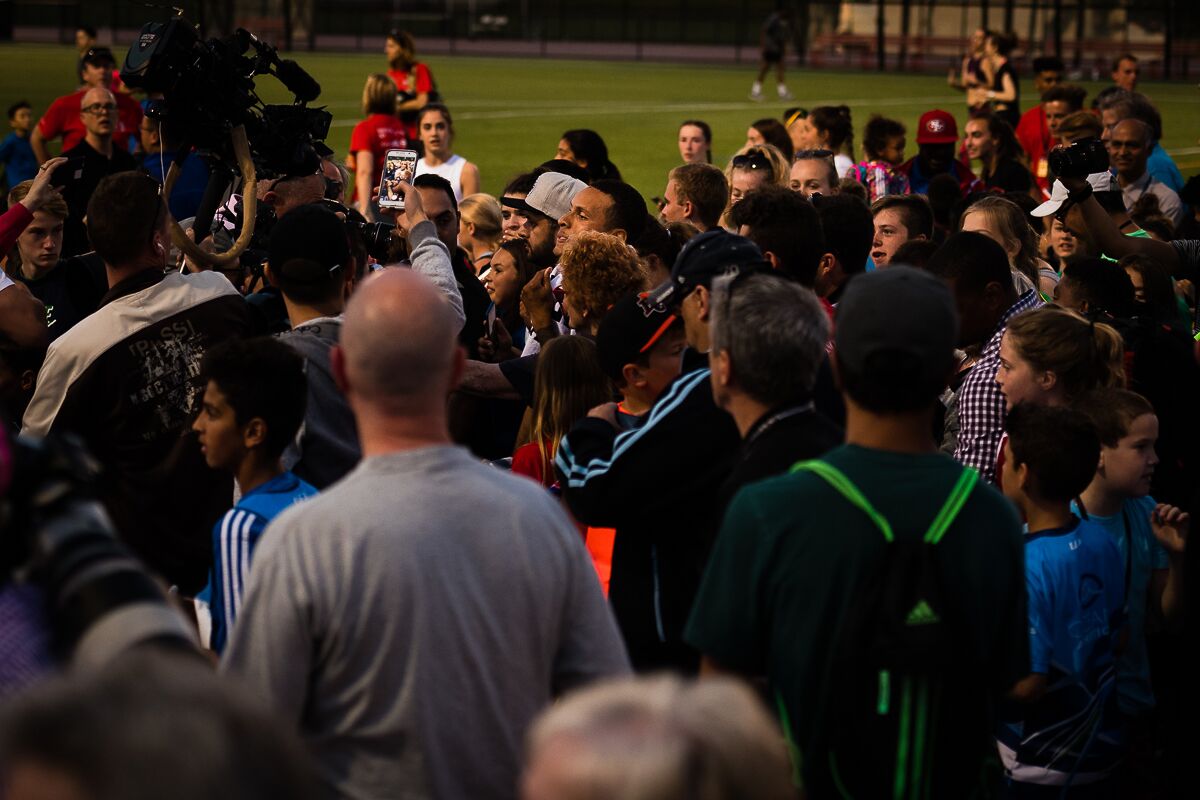 Andre De Grasse found himself in the midst of a mob of excited fans Wednesday night after being number one across the finish line yet again.

The 22-year-old Markham, Ont. sprinter showed up to race the 100m at the Harry Jerome Classic in Vancouver which he won in 10.17. Shortly after his race, an eager crowd rushed at him on the track to congratulate him and ask for photos and autographs.

Despite the large mob surrounding him just seconds after his race, the sprinter dealt with the attention rather calmly. De Grasse’s name blew up in the sports world in 2015 when he came on the scene. He went to the Pan Am Games and represented Canada at last year’s Olympic Games in Rio where he won three medals for the country. 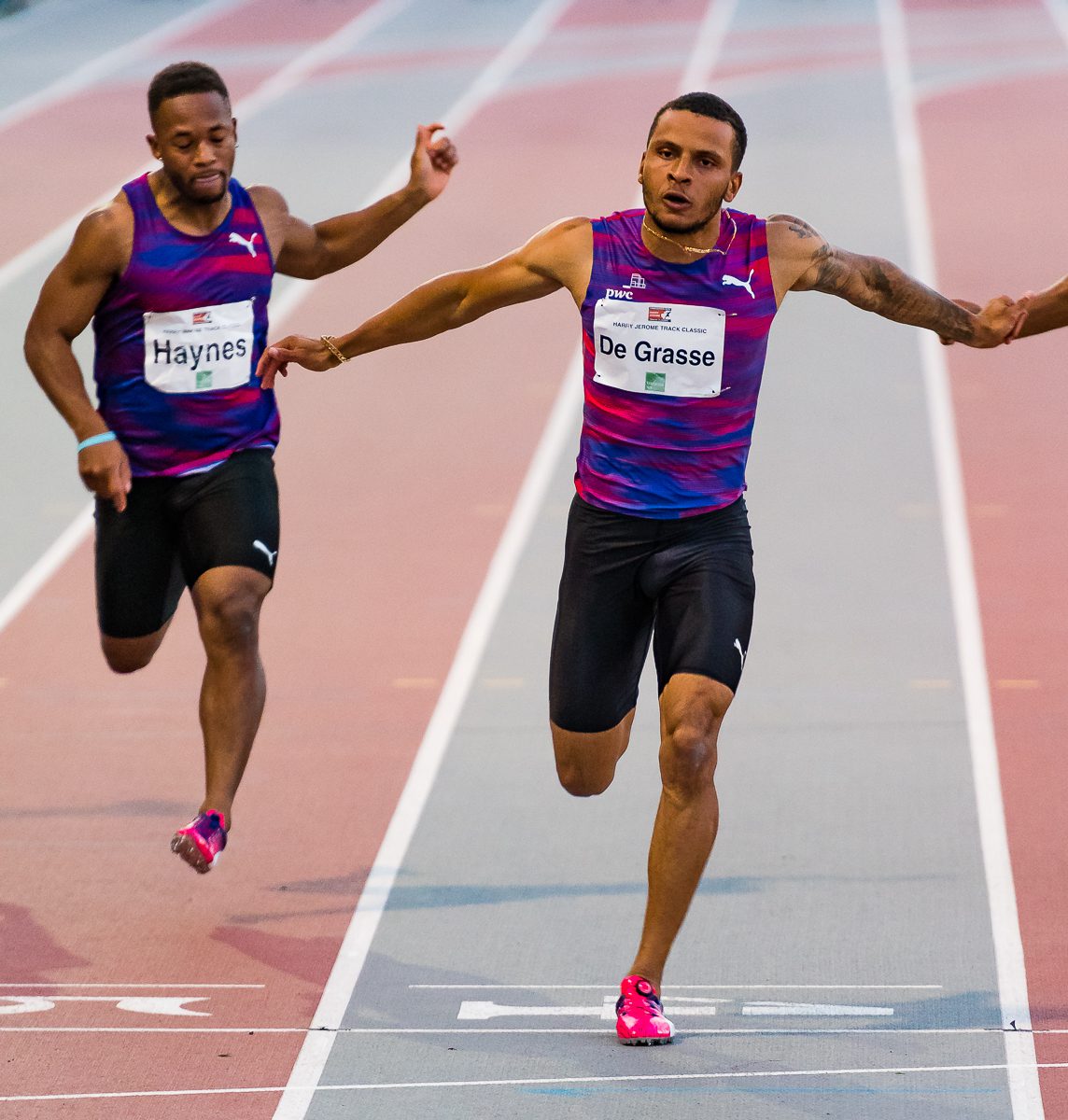 Even though there was no security at the event on Wednesday, De Grasse handled the mob with no fuss.

He also said that he likes getting a chance to meet Canadian fans, take photos and sign autographs for them. 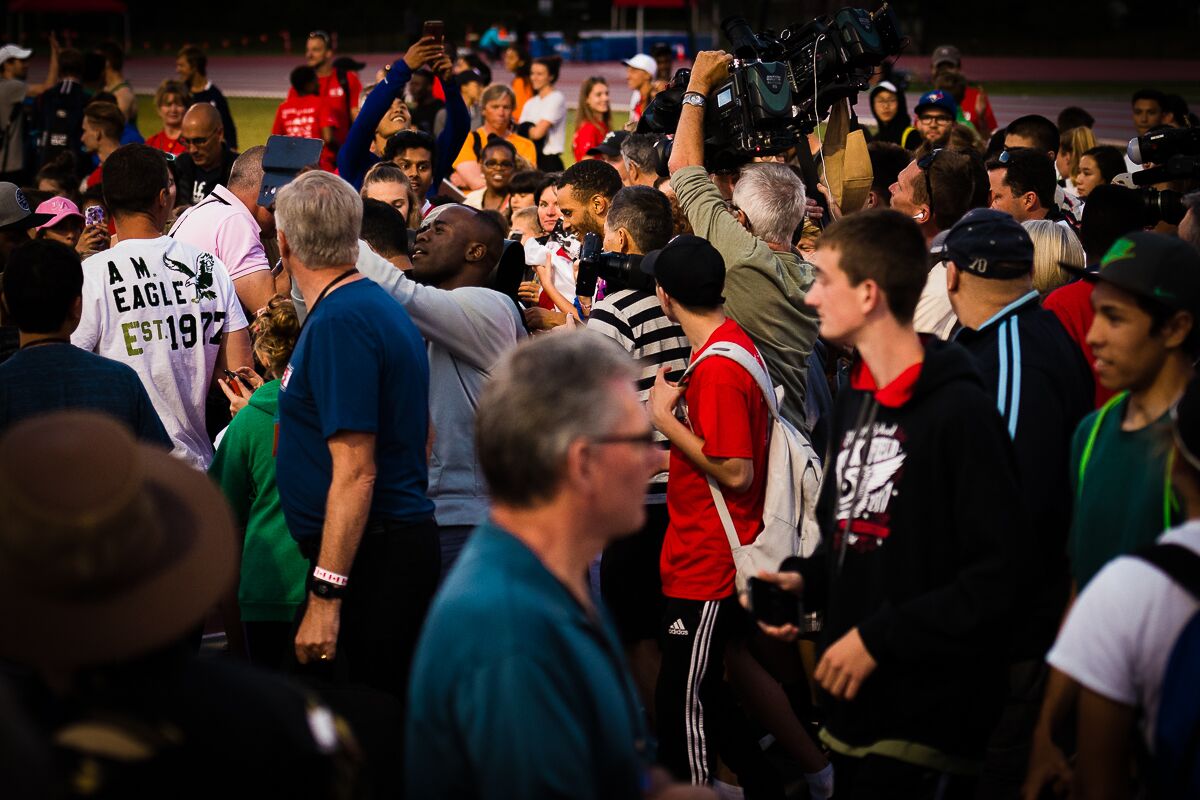 For De Grasse, the meet was part of the lead-up to a busy summer with the Canadian track championships taking place next month and the IAAF World Championships in London in August. De Grasse will then go head-to-head against Usain Bolt for the last time before the Jamaican sprinter star retires.

Most recently, he has also travelled abroad to Europe to race in the Diamond League series.