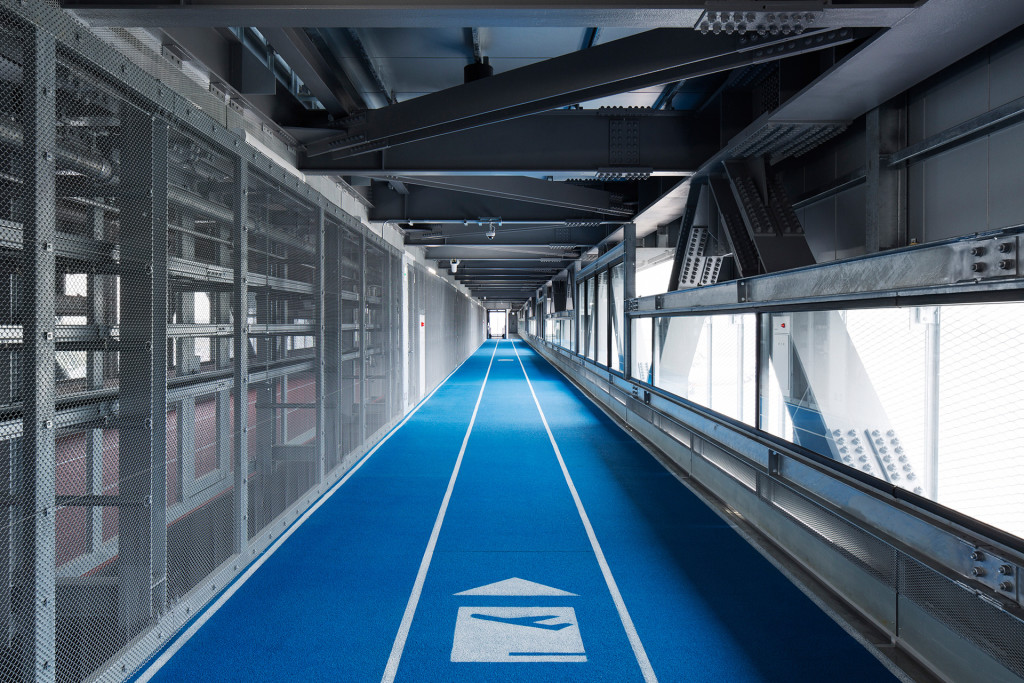 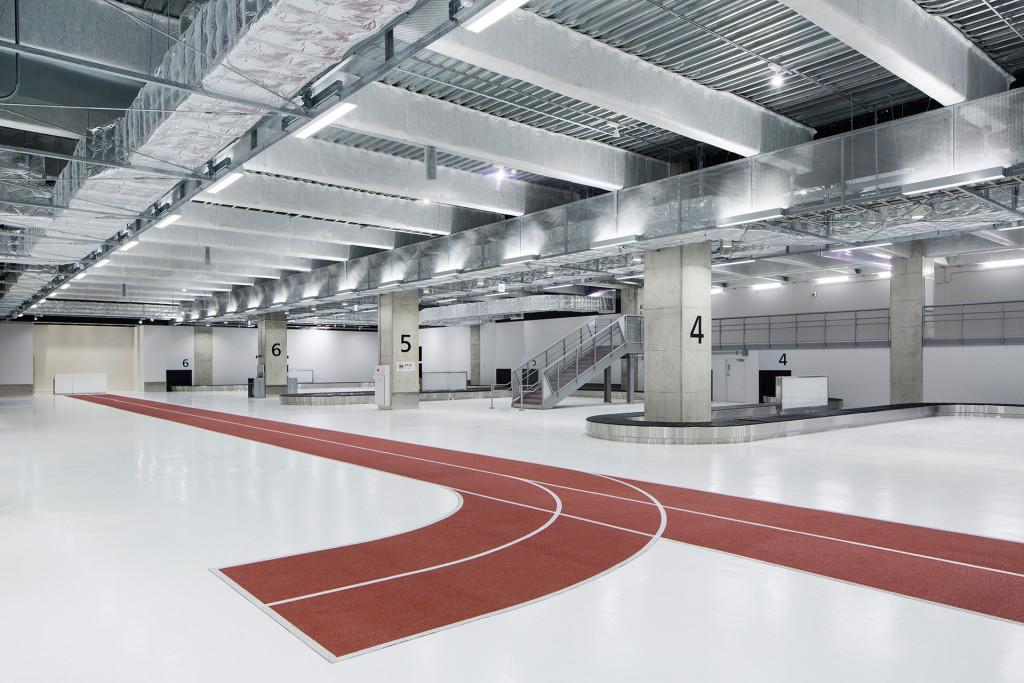 The new terminal, along with other upgrades to the airport, come as preparation for the 2020 Olympic Games which will be held in Tokyo, so the company tasked with designing the terminal, Party, used the recognizable track lanes in their plans.

On the ground, the track lanes have replaced moving walkways which have become standard in most airports. The blue lanes direct passengers to departures and the red lanes to arrivals.

The terminal will be primarily used by budget airlines serving domestic flights and short-haul overseas flights. The new terminal cover about 66,000 sq. metres. 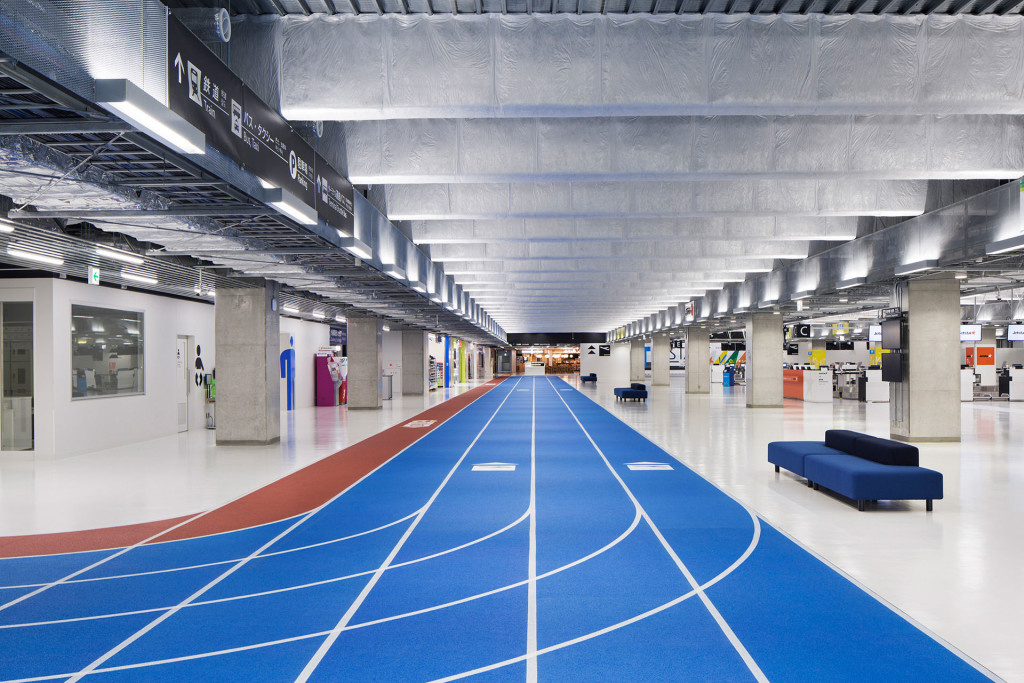